How did Tabu become part of Golmaal Again? She didn't read the script!


During the trailer launch of the film, Tabu, who is one of the new additions to the Golmaal gang spoke about how she always wanted to be a part of the film.

Rohit Shetty's Golmaal Again is gearing up for its Diwali release. Actress Tabu says she signed the multi-starrer entertainer even before reading the script.

During the trailer launch of the film, Tabu, who is one of the new additions to the Golmaal gang told the media here on Friday about how she always wanted to be a part of the film.

Tabu said: "This is a special film for me because whenever I watched the film, it was a laugh riot for me. Whenever I met Rohit at parties, I said that I want to be a part of this franchise. I was ready to even do a cameo. I would like to say, that this is one of the films where I did not hear the script before shooting because I knew they have something good for me... It was like a picnic." 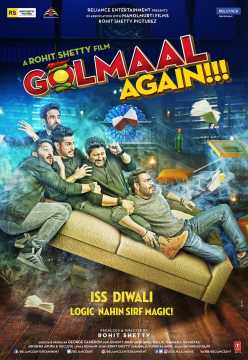 Chopra, who too is new to the franchise, said: "It was a surreal moment for me to be a part of this film because I can remember I was giving exams in school when the first Golmaal released. So yes, it is special! I was in New York when I got a call that Rohit sir wants to meet me. First, I didn't believe it but I want to thank Rohit sir, for casting me in the film."

The film Golmaal Again will be released on 19 October.