A few months ago, actress Kangana Ranaut was given additional writing credits for the changes she made to the script of the film, which was not liked by writer Apurva Asrani.

Writer Apurva Asrani took to Twitter to share his version of the script, titled 'The Lipstick Bandit' stating, "Here it is-the #Simran script! Interesting exercise to see how some bits evolve, while some get lost in translation." Simran released in theatres last Friday, 15 September.

The film has been chased by controversies since the very beginning. A few months ago, actress Kangana Ranaut was given additional writing credits for the changes she made to the script of Hansal Mehta's Simran. Writer Apurva Asrani took umbrage to the fact of his writing being discredited.

Here it is-the #Simran script! Interesting exercise to see how some bits evolve, while some get lost in translation. https://t.co/r0hI4rX6dr

The online response has been mixed, some are hailing the changes director Hansal Mehta and Kangana brought to the film, while others are praising Apurva's original script.

"Some bits evolved" is a misleading statement. The most interesting scene at the gas station, charged with tension, isn't in your script.

If that was truly Kangana's addition or Hansal's idea, they single handedly elevated your flat, verbose scene where she just complains.

Here are a few examples of some of Asrani's scenes from the film. 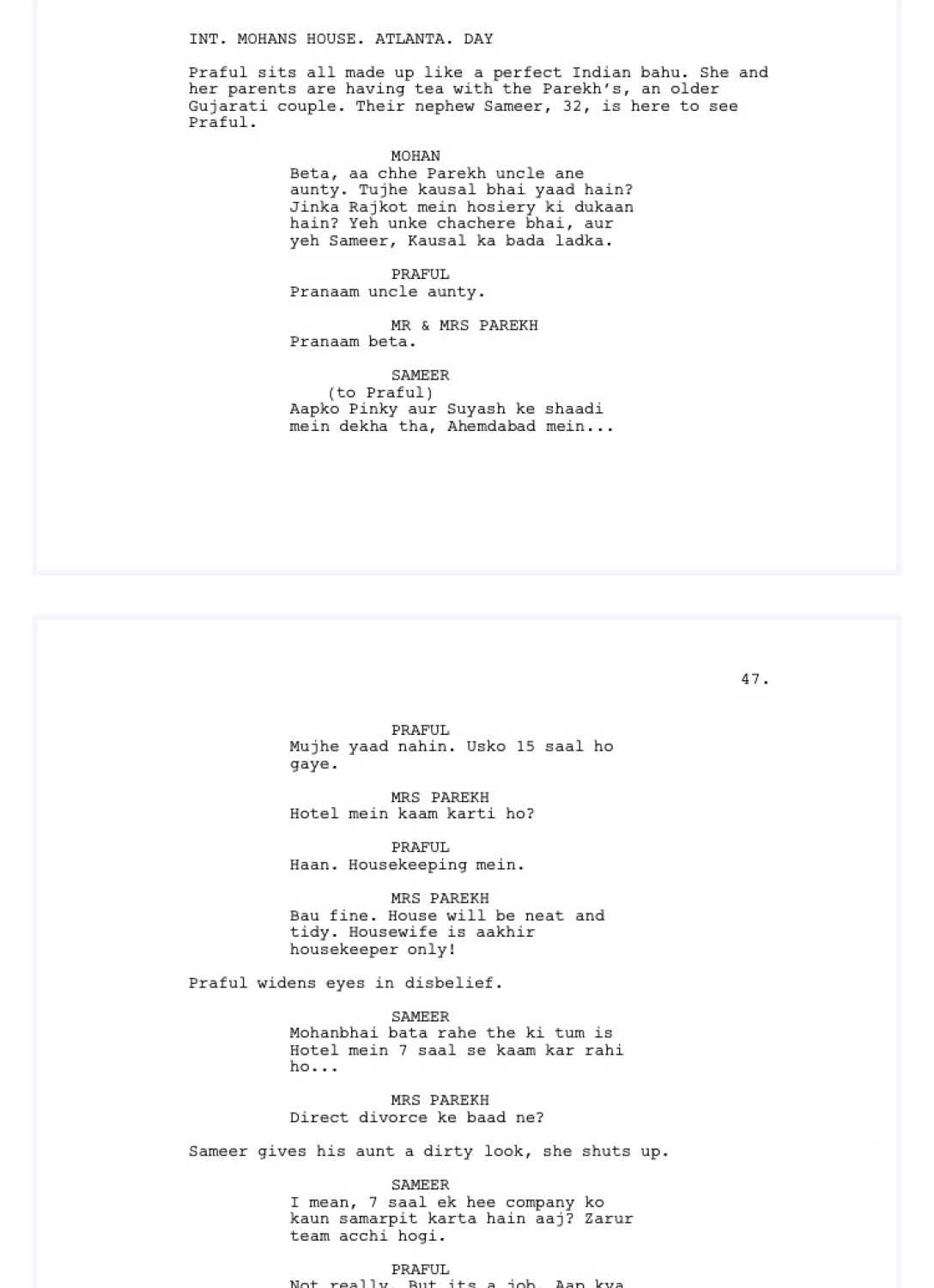 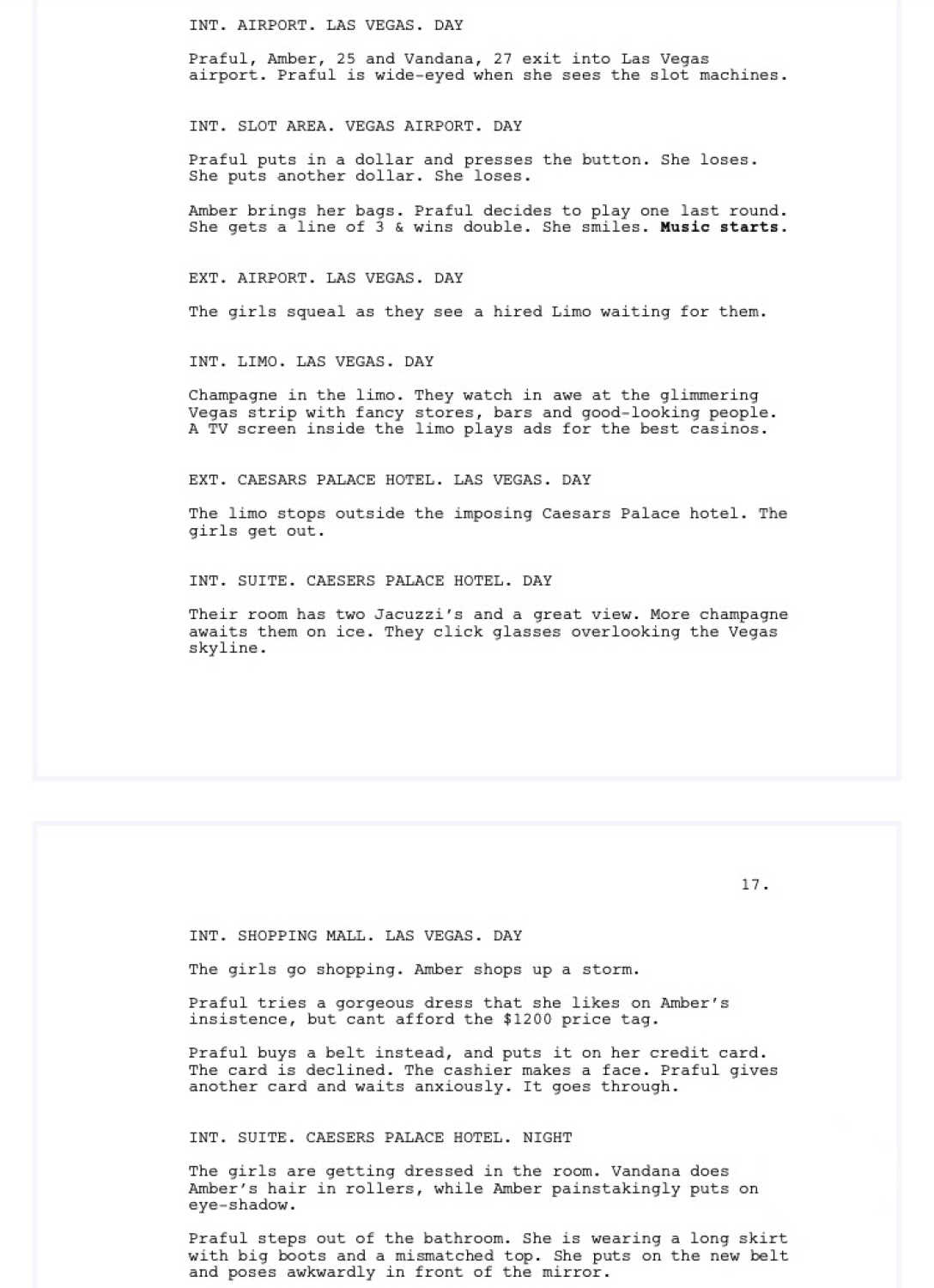 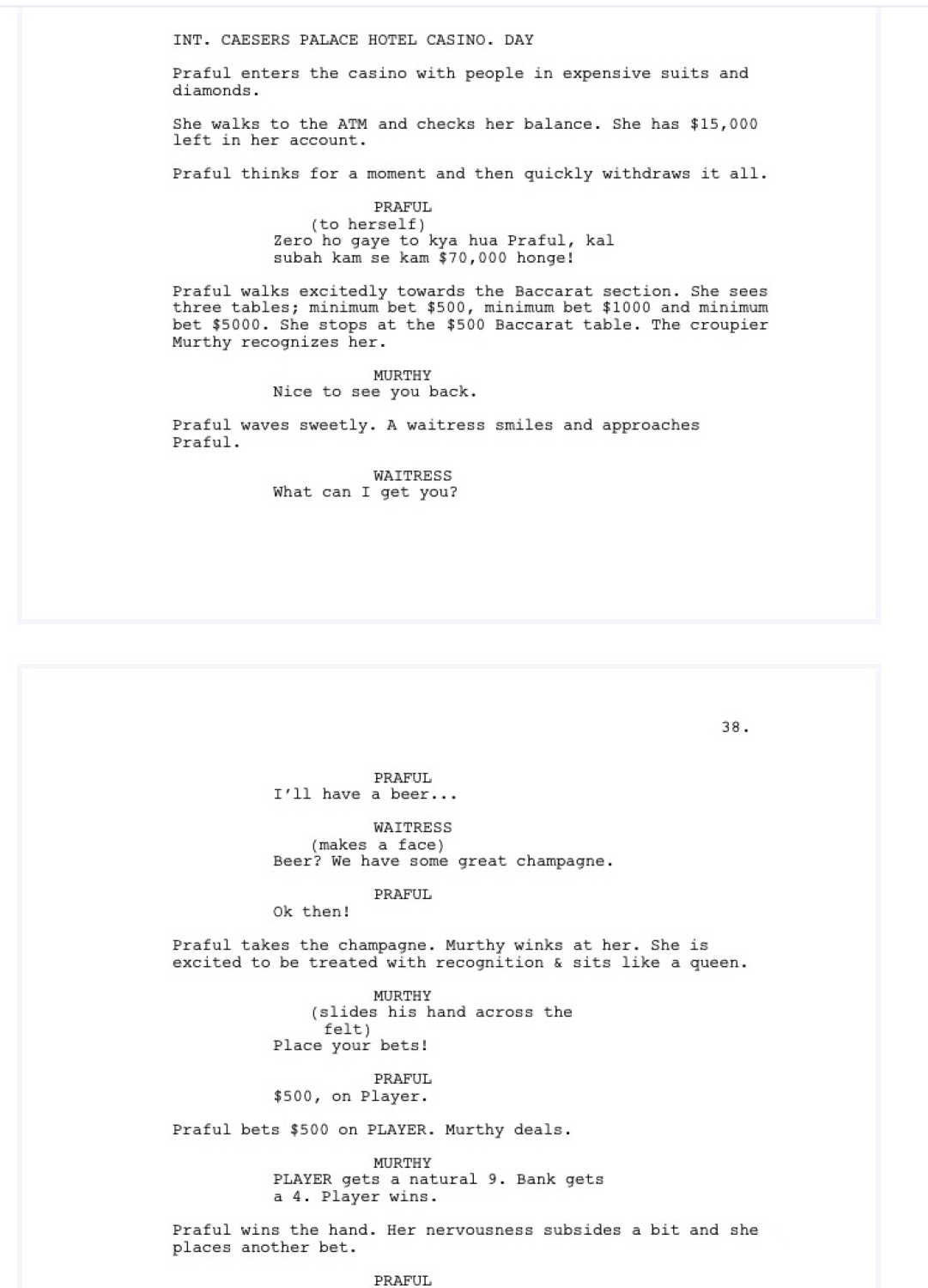 It seems that while the story is intact, a lot of changes to scenes and dialogues have been made to the script during filming. Additional depth was given to Praful's character as a confident woman, comfortable in her own sexuality — she has no conservative hangups about sex. Mehta's film also adds the different types of stereotypes NRIs are subjected to. The bank officer denies Praful a loan, while making a comment that people like her (meaning Indians) would likely steal money rather than borrow.

Asrani's script had expanded Praful's (Kangana Ranaut) individual relationships with her father and mother. It explains why she dislikes her father, who has been absent for a large period of her life, and shows a more closer friendship between Praful and her mother.

On the other hand, key moments of Simran, like one scene where her suitor and family come over to Praful's house are the same. Also retained in the script is the Dilwale Dulhaniya Le Jayenge (DDLJ) reference to the title. Of course, not all films have to stick exactly to the script, some of the best moments in a film come through improvisations.

Producer Shailesh Singh also tweeted out the same link saying, "Here is the script written by Apurva Asrani as promised". Back in May, Singh had said that the script would be "shared online for the world to judge".

Here is the script written by Apurva Asrani as promised, https://t.co/GIN3wFjA0F

The film has underperformed at the box office, along with Lucknow Central which also opened the same day. Its budget was Rs30 crore and so far, has earned  Rs10.63 crore.