As an actor every character is vulnerable: Priyanka Setia on the other side of Haseena Parkar


Setia plays the public prosecutor who takes charge of the case against Haseena and brings her to court, for the first and last time.

From the beginning, the conversation around Apoorva Lakhia's film, Haseena Parkar, has been underlined by Shraddha Kapoor's transformation to play the menacing sister of Dawood Ibrahim. The film tells the story of the only woman mob boss Mumbai's criminal underworld has seen. It is this surprising tale of a brave, domineering woman that drew director Lakhia to the story of Haseena Parkar, rather than her more infamous brother, Dawood Ibrahim.

Set out to make Dawood biopic instead made Haseena Parkar, reveals Apoorva Lakhia

Yet, the film also has another woman charged with an impossible task. Priyanka Setia plays the public prosecutor who takes charge of the case against Haseena and bings her to court, for the first and last time. Recognized for her stage roles, Setia was last seen playing Jamila in Begum Jaan (2017).

Speaking to Cinestaan.com, about the very interesting role, Setia defended the portrayal of Haseena by saying that it is not the gangster story, but the story of a courageous woman that captured her attention.

The character is a real life lawyer who stood up for truth. Yet, the film is based on Haseena Parkar, the woman who took over Dawood Ibrahim's empire. How does this contradiction play out, between two women on opposite sides of the spectrum?

The major conflict in the film is that the lawyer is trying to prove that Haseena Parkar has taken over the business (in Mumbai), after her brother has fled to Dubai. She took the reins of the underworld, with power. She was called 'Aapa' because people feared her.

The character I play works with the system to get into the life of Haseena (and) just see that this issue comes into court. It is also the only case where Haseena Parkar made an appearance in court.

How did you get the role?

I had auditioned for the part. Apoorva (Lakhia) liked my audition. I had a couple of meetings with the director, where we read the script. I just loved it, and it was a very engrossing story.

There is always a question raised about why gangsters get the central role in Hindi films. You, play a woman lawyer who is taking on crime. Did you ever question why this character is placed on the sidelines?

No, I think Haseena's story is quite interesting. Actually, what is filmmaking, but storytelling, right?  When you are telling a story to the audience, it is just the story. When you listen to Haseena's story, it is magnificent, and so amazing that you want to tell the story.

I don't want to reveal the story, but it talks about what all she went through in her life. How her sacrifices, and circumstances moulded her. Maybe she did it (crime) because she loved doing it, or she did it because she had to do it. You will know it and judge for yourself.

It is not about gangsters, it is about how interesting her life is. Any life that has been through so many ups and downs, you would want to watch it. Take the latest films, Milkha Singh's story, (Bhaag Milkha Bhaag, 2013) or MS Dhoni's story (MS Dhoni: The Untold Story, 2016). It is not that only gangster stories are being made. Any life which is interesting, and has gone through something, should be told.

We want to know. It is real life. It is not a fantasy that is being made up. She has been ruling Mumbai for so many years, after her brother fled.

Shraddha Kapoor has undergone a serious transformation for the role. How was it coming face to face with her. Was that a surprise, or was the crew prepared for it?

Shraddha is such a sweet person, genuinely. I always say that about her. When I met her, mine was the character that had to face Shraddha in the court scene. So, I already knew about her transformation, and had heard about it. 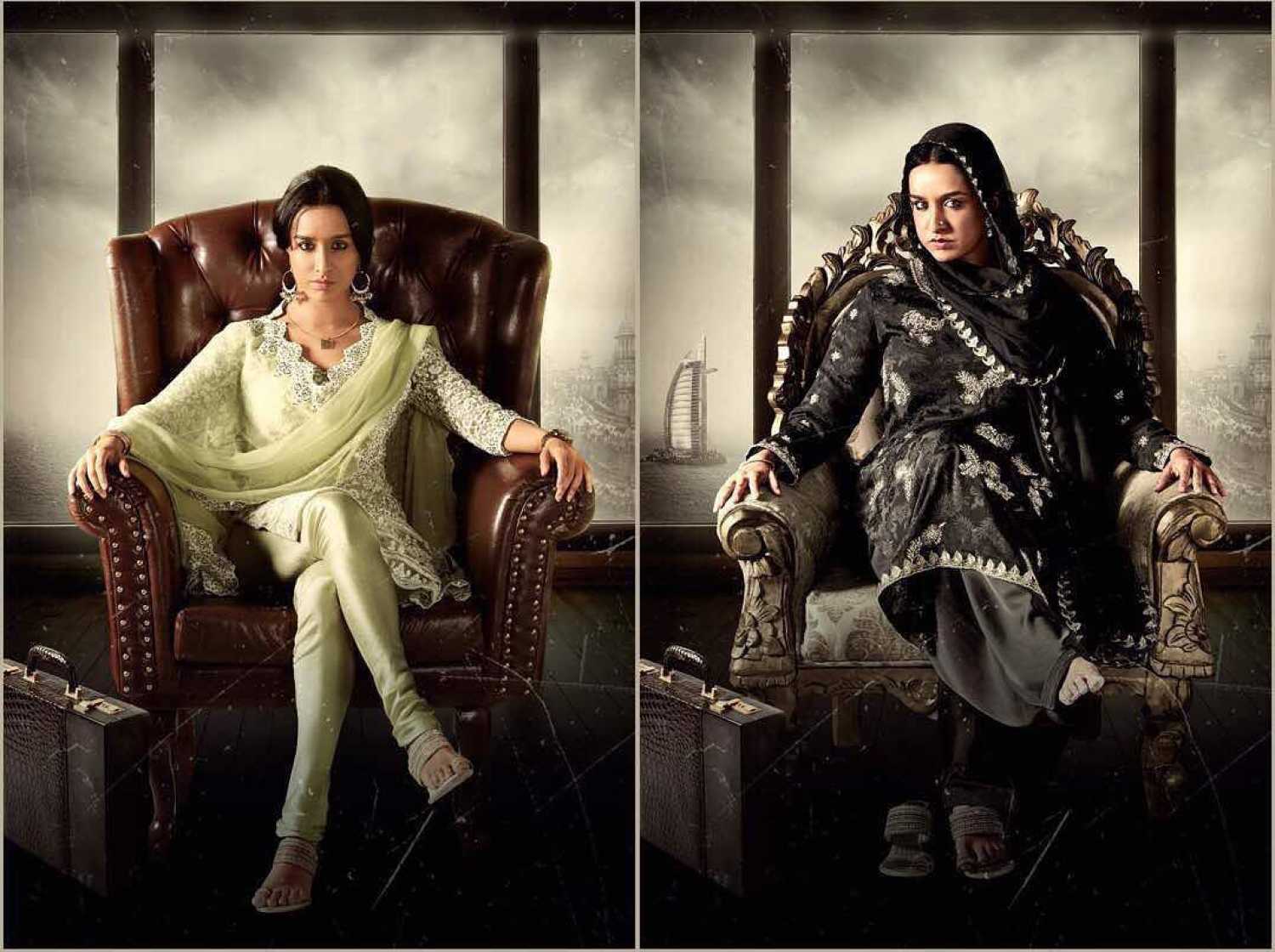 So, I had to tell myself that they (the characters opposite me) are not good people, they are a threat to the society. But the moment I met Shraddha, we started talking and she was so sweet. It was very difficult to work with hatred for her character in front of the camera.

That being said, when playing the character, she would completely transform. She used to change her voice for the character, and that used to give me the motivation. When an actor changes so many aspects, in tangent with her character, you get motivated to do better.

It is not easy to change your voice in the middle of a story, to suit a character for a while. We do that a lot in theatre, or storytelling. But Shraddha's character had so many long dialogues, to keep your voice for that, throughout the film, is difficult.

You mentioned theatre, and you performed in Begum Jaan. Both places capture a certain vulnerability for a character. Yet, in this film, you play a character that cannot show vulnerability. How do you make that transition?

The thing is, in Begum Jaan, when I played Jamila, my role was vulnerable. As an actor, you feel that every character is vulnerable. Every human being is. We, in our respective lives, feel vulnerable, but the thing is not to show it.

Here, my character plays a lawyer who feels the same. Nobody actually came forward against Dawood and his sister. She knew, from the beginning, that the case won't go anywhere. The accuser, the witnesses, everyone fled. Yet, she can't show it.

Well, talk about strength, what other projects are you working on?

Presently, I am working on Manikarnika (The Queen Of Jhansi). The rest are my theatre projects which I enjoy.

Any chance you could tell us about Manikarnika and your role in the film?

(Laughs) I don't think I can reveal that. It is a good character.

It is a very interesting project that traces the journey of the Rani of Jhansi. How did you happen by the project?

Again, I auditioned for it. I think the director saw my YouTube video. I did a poetry reading of Ibn-e-Insha's poem for this channel, Urdu Studio.

So, he mentioned during the casting that he had seen my video. I have been training in sword fighting and horse riding. So, it has been interesting. Let's see how it goes.