From Kalpana Kartik to Zeenat Aman: The gems that Navketan discovered


On the 86th birthday of actress Kalpana Kartik, wife of Dev Anand, we look at the long list of talent, from actors, directors and music composers, that got their start with Navketan Films.

The banner, Navketan Films, was founded in 1949 by actor Dev Anand and his elder brother Chetan. It quickly established itself as a production house that took risks with the kind of that they made. From Baazi (1951) to Hum Dono (1961) to Guide (1965), Navketan brought forth stories that went against the grain in Hindi cinema at the time.

They also backed new upcoming talents – from actors and actresses, to directors and music composers. Many owe their first big break to Navketan. One of them was actress Kalpana Kartik who made her debut with Baazi. She ended up marrying the leading man, Dev Anand, and subsequently went behind the scenes as producer at Navketan.

Here’s a closer look at the lives that were changed after their first break with Navketan. 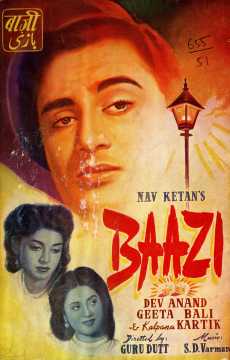 Dev Anand and Guru Dutt struck up a friendship while working at Prabhat Studios in Pune and made a pact. If Anand started making films, he would give Dutt a chance at direction and of Dutt directed a film, Anand would be cast as the lead. Anand gave his friend the opportunity with Navketan's second film, Baazi (1951), which introduced the noir thriller genre to Hindi cinema. Unfortunately, Dutt never got the chance to direct Dev in his own productions. 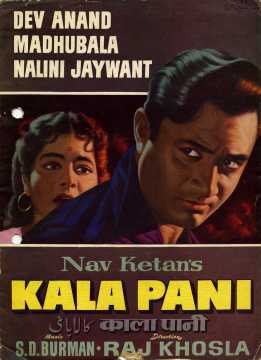 Raj Khosla started out as Guru Dutt's assistant director on Baazi (1951) and Jaal (1952). He made his directorial debut with Milap (1955) and delivered the suspenseful C.I.D. (1956) starring Dev Anand, Shakila and Waheeda Rehman. Kala Pani (1958), directed by Khosla for Navketan, fetched Dev his first Filmfare Award for Best Actor. 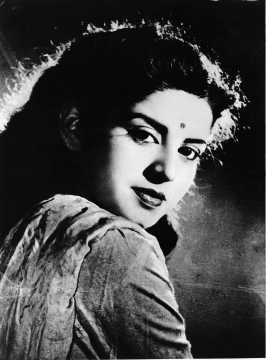 Chetan Anand happened upon the winner of the Ms Shimla contest, Mona Singha, and asked her to come down to Mumbai for a role in Navketan's next film, Baazi. Singha was renamed Kalpana Kartik and met her soon-to-be husband, Dev Anand, during the making for the film. They were married while shooting Taxi Driver (1954). She soon decided to retire from acting and Vijay Anand's directorial debut Nau Do Gyarah (1957) became the last film with her as the heroine. Kartik continued on as producer of other Navketan productions, Jewel Thief (1967) and Heera Panna (1973). 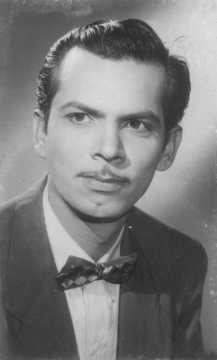 Before he became an actor, Johnny Walker was a BEST (Brihanmumbai Electric Supply and Transport) bus conductor, regaling his passengers with comic routines. He was spotted by the writer of Baazi, Balraj Sahni, who took him to director Guru Dutt. Dutt was impressed with what he saw and offered him a role in the film.

Baazi (1951) happened to be the stepping stone for many artists starting out in their careers. Music composer SD Burman used Kishore Kumar's voice for Dev Anand on the song 'Mere Labon Pe Chhipe'. Kumar then became the voice of Anand on many films that followed. 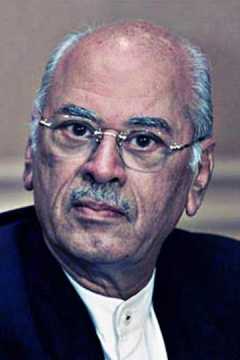 Producer Yash Johar started his own banner, Dharma Productions, in 1976. Before that, he worked as a production controller on Navketan's most famous films, Guide, Jewel Thief, and Hare Rama Hare Krishna (1971). Johar also served as an assistant director to Vijay Anand on Guide.

The great pairing of lyricist Sahir Ludhianvi and music composer SD Burman first began with Baazi (1951). Ludhianvi had a major falling out with Burman after Pyaasa (1957). He returned to write the lyrics for music composer Jaidev on Navketan's Hum Dono (1961), an album par excellence if ever there was one. 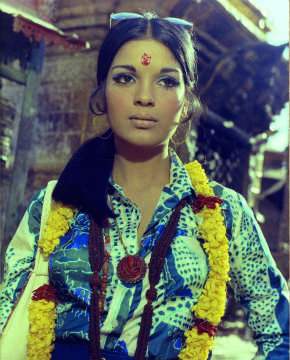 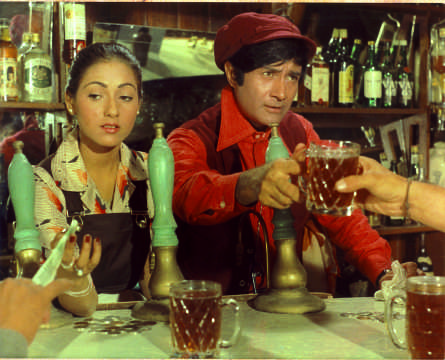 Another Dev Anand discovery, Tina Munim, was launched by him in the NRI drama, Des Pardes (1978) co-starring Pran and Amjad Khan. Anand cast her again in the next Navketan production Lootmaar (1980) with Mehmood and Nirupa Roy. He also worked with her in two other films, Man Pasand (1980) and Ek Do Teen Chaar (1980). 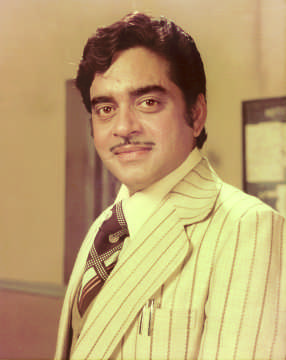 Shatrughan Sinha's earliest role in a Hindi film was in Navketan's Prem Pujari (1970) in which he played a Pakistani army officer. He was credited in the film as SP Sinha. Technically, his debut film, Prem Pujari released after Sajan (1969) where he played a police inspector, before moving on to notable roles in Mere Apne (1971) and Kalicharan (1976). 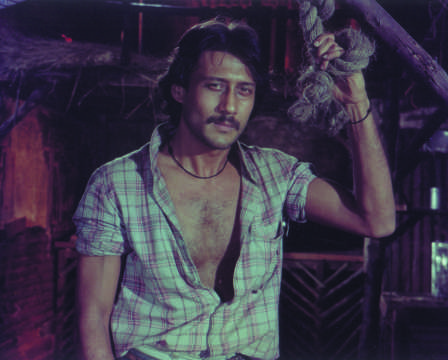 Contrary to popular opinion, Hero (1983) was not Jackie Shroff's first time on the big screen. He started out in a bit role, as the villain's henchman, in Dev Anand's Swami Dada (1982) which also featured Mithun Chakraborty, Naseeruddin Shah, Padmini Kohlapure and Rati Agnihotri. 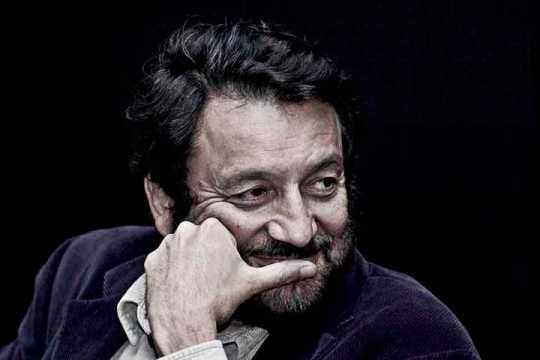 Filmmaker Shekhar Kapur initially began his career as an actor and first appeared in Navketan's Ishk Ishk Ishk (1974) that had Dev Anand in the lead, with Zeenat Aman, Kabir Bedi, Shabana Azmi and Zarina Wahab. These were all early roles for Bedi, Azmi and Wahab, who were just starting out in their respective careers. Kapur, who is also Anand's nephew, branched out into directing with Masoom (1982). 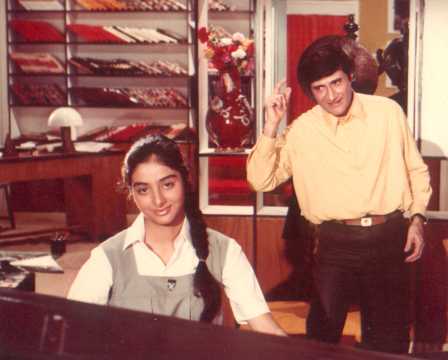 At 14, Tabu was cast as Dev Anand's young daughter Priya in Hum Naujawan (1985) which also starred Anupam Kher and the late Richa Sharma. She made her Hindi film debut as a leading lady with Pehla Pehla Pyar (1994) opposite Rishi Kapoor and scored another hit in Vijaypath (1994) with Ajay Devgn.

The singer Abhijeet got a dream start with Navketan's Anand Aur Anand (1984) where he got the golden opportunity to sing alongside his idols, Kishore Kumar and Asha Bhonsle, for 'Wadon Ki Sham Aai', composed by RD Burman. The film launched Dev Anand's son Suneil. Later on in his career, Abhijeet went on to win the Filmfare Award for Best Male Playback Singer for the song 'Main Koi Aisa Geet Gaaon' from Yes Boss (1997).