The actress slayed the look as she took to the stage to present an award alongside Blackish actor Anthony Anderson.

Quantico actress Priyanka Chopra once again slayed the red carpet as she attended the Emmys 2017 at Microsoft Theatre, Hollywood, on Sunday, 18 September. The actress was quite the show stopper in a white feathered Balmain gown with silver embroidered embellishments, mermaid-trail hem and a beautiful feathered train. The dress accentuated Chopra's curves perfectly.

The Baywatch actress, who had stayed away from social media for some days, finally took to Instagram after the event to post her look and comment on South Asian representation at one of television's biggest award events.

What a night it's been at the #Emmys... #ShimmyShimmying in @balmain. Congratulations to all the winners, thank you for revolutionizing the world of Television. #ThatKindOfNight So proud of the incredible artists that came together to make tonight epic! Big props to @rizahmed @azizansari #represent!

Chopra surely made a huge impression once again, after her now famous twirling red custom Jason Wu gown from last year's Emmys. It was a fashion risk that paid off.

So it's no surprise then that the Western media went gaga and she made it to several Best Dressed lists, including Elle, Glamour, Vanity Fair, Harpers Bazaar, Hollywood Life, among others.

No doubt, @priyankachopra knows how to shut down a red carpet! #Emmys pic.twitter.com/3LQHl4IBsO

See Vanity Fair's picks for the best looks of the #Emmys https://t.co/xurA0DFTAb pic.twitter.com/hjkEzqJGv6

The actress also took to the stage to present an award to John Oliver for the Outstanding Variety Talk Series. Priyanka and Anderson joked about "not going to bed together," inciting laughs from the crowd.

Meanwhile, the Emmys announcer got called out on social media for calling the actress 'Priyanka Chopa'.

This year saw a good amount of South Asian repesentation as Riz Ahmed (who also won Best Actor for Night Of), Aziz Ansari (who bagged a trophy for best Writing for a Comedy Series), Silicon Valley actor Kumail Nanjiani (presenter) and Chopra (presenter).

Here are some more pictures of Chopra from the red carpet. 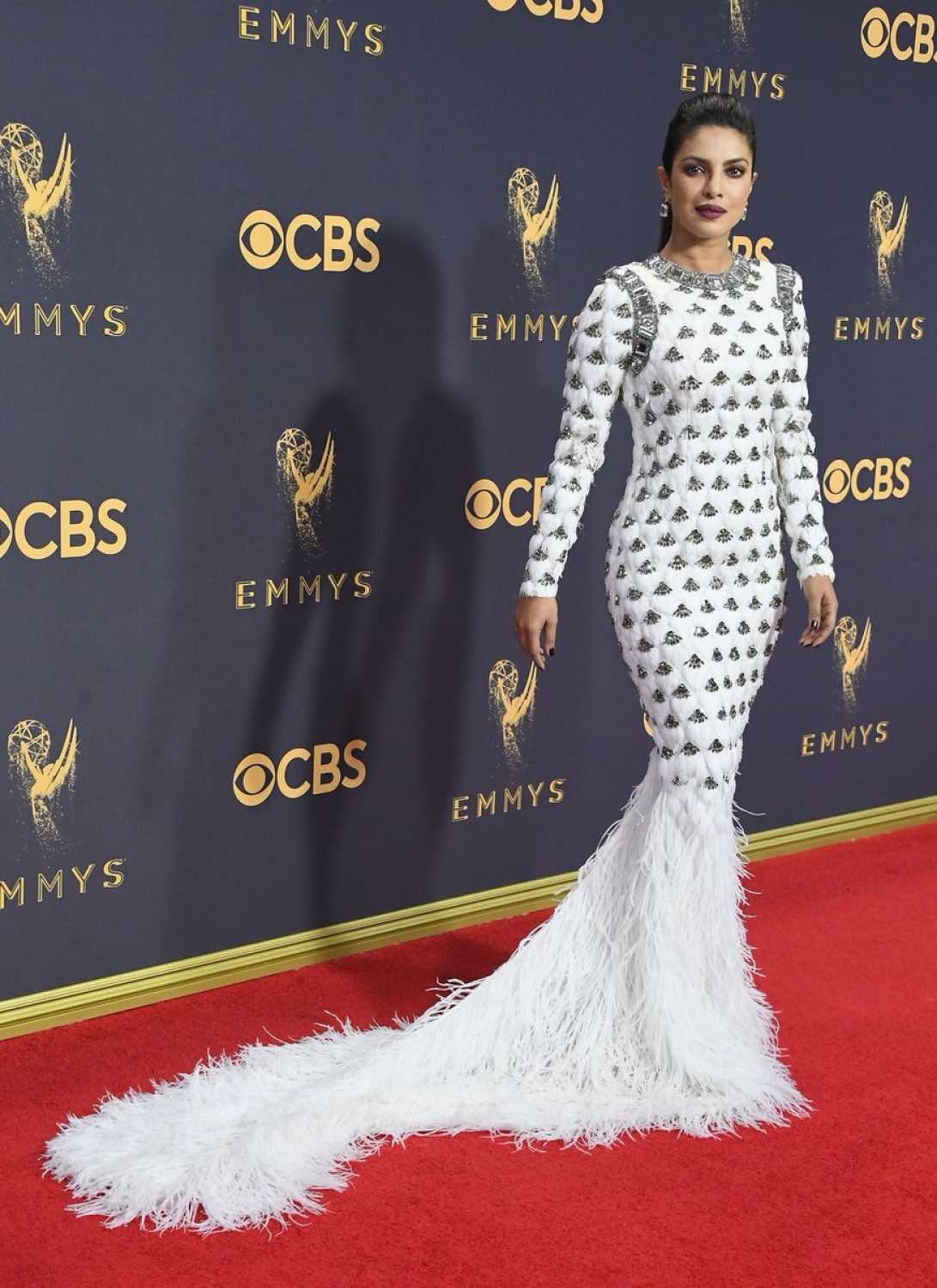 All pictures @priyankachopra at the #Emmys