Deepa Mehta has been making movies since 1991 when she presented her first feature film, Sam & Me, to audiences. The film, which won an honorable mention in the Camera d’Or category at the Cannes film festival that year, featured actor Ranjit Chowdhry as Nikhil, an immigrant who becomes a cartetaker to Sam (Peter Boretski).

In an old video interview which aired on CBC TV, she said that she made the film to explore how people “reconstruct their lives when they leave their own country”.

Mehta understood that experience firsthand. Born in Amritsar, Mehta graduated from the Lady Shri Ram College for Women and began making short documentaries. In 1973, she migrated to Canada and continued with her filmmaking career with films like Camilla (1994), Fire (1996), 1947: Earth (1998) and Bollywood/Hollywood (2002).

The Pakistani-American writer Bapsi Sidwa's novels on her childhood in Lahore have won her many laurels and awards throughout the world. She was bestowed with the Sitara-i-Imtiaz in 1991, Pakistan's highest honour in the arts. With every rave that her books have garnered, Sidhwa never quite imagined they would be adapted onto the big screen to be shared globally, until she received a call from Deepa Mehta.

Sidhwa had heard of Mehta before handing her the rights to bring her novel, Ice Candy Man, to the big screen, with 1947: Earth. But initially, she was worried about certain aspects of the book that would be lost in translation as film, with plenty of scenes getting axed. In an article for the newspaper The New York Times, Sidhwa wrote, "Although Deepa invites my suggestions, I soon realize that it is her cinematic vision of the book that matters; it is like handing over one's child to the care of someone you trust."

1947: Earth had a strong cast with Aamir Khan playing the titular Ice Candy Man, Nandita Das the Ayah, Rahul Khanna the Masseuse and Maia Sethna playing Lenny; we see the film primarily through Lenny's eyes. It struck a definitive chord with viewers in India and across the world. Interestingly, Sidhwa has made a cameo as the adult Lenny at the end of the film.

1947: Earth was praised for the successful attempt to cram in as much as Lenny's world was possible in approximately two hours. Audiences lauded her for showing the harsh brutality of the Partition, not glossing over the wounds that still linger decades on.

Watching the film at the Sydney Film Festival, critic Richard Phillip wrote: "Mehta is clearly animated by a determination to end the long silence by western filmmakers and artists about this terrible chapter in the 20th century."

Rediff.com reviewer Suparn Verma had stated the filmmaker benefitted immensely from source material, "Mehta's Earth, in comparison to Fire, is a notch better. Make that two notches. This time she has an exceptional novel and an actor called Aamir Khan to help her." 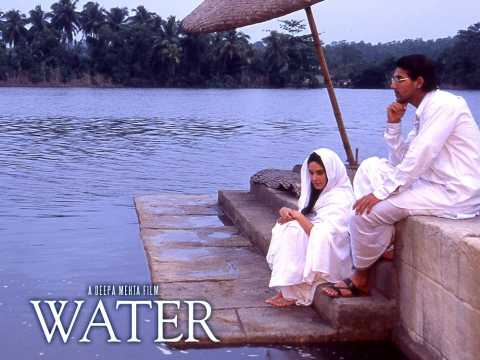 This wasn't the end of the Sidhwa-Mehta association. Her film Water (2005) was her second adaptation of author Bapsi Sidhwa and was nominated for Best Foreign Language Feature Film at the Academy Awards in 2007. It became the final film in Mehta's Elements trilogy (Fire, Earth and Water).

At the time, Mehta had stated, “India, the country of my birth, gives me inspiration for its stories. But Canada gives me the freedom to tell those stories."

Water focused on the plight of widows in Varanasi and filmmaker Anurag Kashyap wrote the screenplay, not Mehta.

The film earned a Best Foreign Film nomination for Canada (Mehta's adopted country) and inspired Deepa's brother, Dilip Mehta, to make a documentary, The Forgotten Woman (2008), on the subject.

Sidhwa has said the two share a good rapport and "agree on intuitive levels". There was also talk of her novel, The Crow Eaters, to be adapted as well. However, Mehta went to on adapt Salman Rushdie's Midnight's Children for the big screen in 2012.