Ranjan, who played the villain in SS Vasan's magnum opus Chandralekha 70 years ago, had mastered a number of skills that not even many heroes today can boast of.

Ranjan, born Ramanarayana Venkataramana Sarma, was an integral part of director SS Vasan's magnum opus Chandralekha (1948). He played the villain in the lavishly mounted historical adventure drama, the most expensive film ever made in India when it was released.

Chandralekha cost around Rs30 lakh, a massive sum in those days, and took five long years to be made. Producer-director Vasan had to mortgage all his property and seek help from friends to complete the project. In 2010, some experts estimated that the film, which was known for its brilliant drum dance number, the first of its kind in Indian cinema, would have cost not less than $28 million (about Rs140 crore at the prevailing exchange rate).

Chandralekha catapulted Ranjan to fame and eventually opened the door for him to enter Hindi cinema. However, what many do not know is that Ranjan had done stellar work in other films as well. More importantly, he was a true hero who had mastered a number of skills that not many heroes can boast of even today. 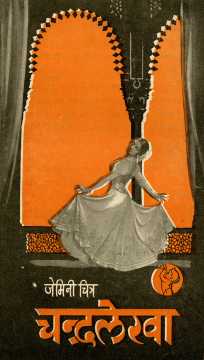 Talking about Ranjan, Parasakthi Mali, veteran journalist and film historian, said, "Ranjan's family hailed from Srirangam in Tamil Nadu. He was a Brahmin, an Iyer. The man was soft-spoken and highly educated. You were always welcome for a cup of coffee, snacks and chat. But one thing that he refrained from discussing was his family."

Ranjan, who was born in Madras in 1918, held a master's degree in literature. He would take part in plays while in college and his performance in one of the plays caught the attention of Veppattur Kittu, an employee of Gemini Studios, who referred him to Raghavachari, who in turn gave him an opportunity in the film, Ashok Kumar (1941), which also starred MG Ramachandran, later to go on to become a big star in Tamil cinema and chief minister of Tamil Nadu.

However, it was Rishyashringar (1940), which was directed by S Soundararajan and was released before Ashok Kumar, that made Ranjan quite popular. The film, which was about the son of a sage who is brought up in a forest without meeting women until he grows up, was a roaring hit.

Mali said, "Ranjan was a brilliant dancer. In fact, he was much, much better than even Kamal Haasan whom you know today as a good dancer. When we were having a conversation, he once told me that his heart was in dance and cinema was only next to it. Ranjan loved dance so much that he actually brought out a publication on dance called Natyanjali."

Probably because he loved dance so much and because he practised the craft so well, there was a degree of charm to Ranjan's persona that made some feel he was too soft. In fact, SS Vasan is believed to have hesitated initally to cast him as the ruthless villain of Chandralekha because of his soft, almost feminine nature. But then it also shows how good an actor Ranjan was to have been able to transform himself completely to suit the role of a steely, vicious villain. In fact, his character's ruthlessness was one of the reasons why the film was so successful.

"Ranjan was a thorough professional," historian Mali said. "He learnt all the skills required for acting. Not many know that he could even fly a plane. In fact, he was the first Tamil film hero who could fly a plane. He was a member of the flying club here [in Madras]. He was also a fantastic archer. He was so good that his shots would rarely miss their mark. Speaking of which he was also a brilliant shooter and could handle firearms. Ranjan was also adept at horse riding, which he learnt for the sake of films."

Of course, to top it all, he was also handsome. "The only issue was that he had a typical Brahminical accent and he found it very hard to get rid of it.”

The actor delivered several noteworthy performances in Tamil before migrating to Hindi. Apart from the role he played in Chandralekha, if there is one film for which he is most remembered in the South, it is Mangamma Sapatham (1943). The film, which was produced by SS Vasan but directed by TG Raghavachari, better known as Acharya, featured Ranjan in a double role.

The film’s story was about a poor woman who vows to have a son through an arrogant prince and later have the son whip his father in public. Ranjan played both the father and the son in the film, which also became a blockbuster. So great was its reach that it made Ranjan and Vasundhara Devi, the heroine of the film and mother of the legendary actress Vyjayanthimala, household names.

After he gained entry into Hindi cinema, Ranjan had just as glorious a run. However, at one point, when his fortunes dipped, he returned to Tamil cinema and acted in a few films, including Shali Vahanam, which did reasonably well. He owned a house in Chennai city which, sources say, was sold before he migrated to Bombay. He is believed to have died in the US on 12 September 1983 of a cardiac arrest.

Ranjan, an actor who contributed immensely to Indian cinema, might have passed away but his name lives on.