In a conversation with Anupama Chopra for her YouTube channel, the actress opened up on the nature of her filmmaking, the need to tell the right stories, and taking her little films across the world.

Priyanka Chopra made a splash as a producer with the first Sikkimese film, Pahuna, at the Toronto International Film Festival (TIFF) last week. Produced by Purple Pebble Pictures, helmed by Chopra, the film received a standing ovation at the festival screening, and has generated some positive response for its sensitive story and sincere acting.

Priyanka has taken on the multiple roles of — acting, script reading and production — quite efficiently. On FilmCompanion with Anupama Chopra, the actress opened up on her new journey through the film industry, and the challenges it pose.

"The biggest challenge is to be able to juggle all of it, and to do it with the standard of efficiency that I set for myself," said Priyanka. She went on to explain that working on these different aspects, production, script reading, working on her television series, Quantico, and on other international projects does spread 'myself a little thin'. But the actress said she enjoys it.

As for her Indian projects, Priyanka said she is close to finalizing 'two films' that she does want to do. However, the actress added, "Yes, it is very difficult...I don't know. I need something that holds me by the shoulders and shakes me when I read it." She went on to say that while there were some amazing films being made in India, and some great filmmakers coming up, 'they are few and far in between.'

Despite having her fingers in many pies, Priyanka maintained that she would rather not do everything herself. When Anupama Chopra referred to Kangana Ranaut's recent interview where she said that she wanted to be an 'autonomous body' in the industry and mentor a project from inception to release, Priyanka said, "What I know best is what I do, and what I'd like to do is work with experts in their fields who know what they are doing, and collaborate...That's what filmmaking is. It is not rocket science. It is not very difficult. It is just great people coming together and wanting to tell stories." 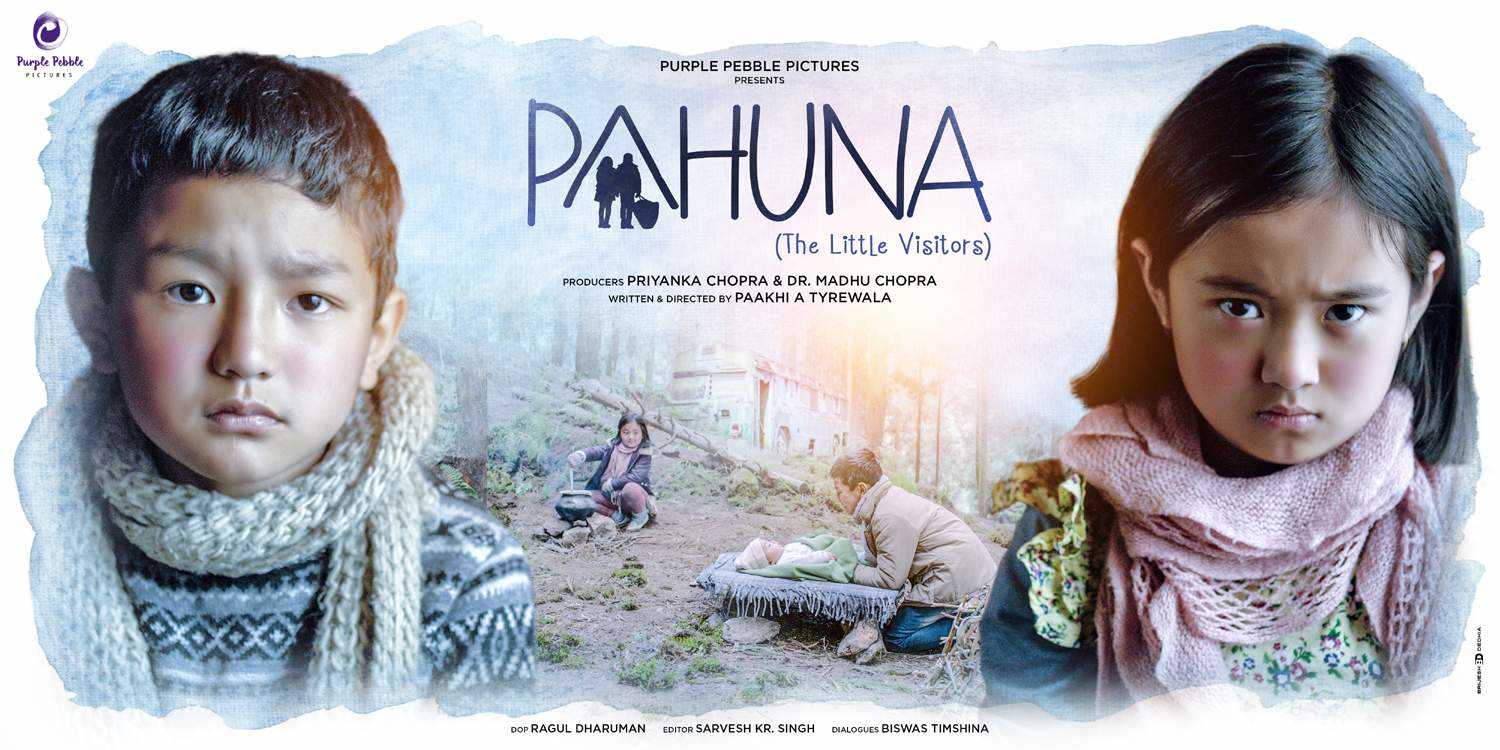 Perhaps, the need to tell stories is what has led Priyanka to take Paakhi A Tyrewala's Sikkimese film, Pahuna, to TIFF. At the festival, the film was received with warm reviews, many praising the 'innocence of its story'. In another interview, with Tyrewala and co-producer Madhu Chopra (Priyanka's mother), Priyanka mentioned how the film holds a special place because it tells the story of children who are ignored by the world of adults. "We made a really chhotu (small) movie," she said, "Nobody expected it to get that kind of response, but I think it did because of that."

Agreeing with the idea that such films will work today, Priyanka said, "I think the world is ready for entertainment which is thought provoking. Pop-culture (popular culture) is ready for having conversations instead of just hiding our thoughts behind." Madhu Chopra too agreed with the idea saying, "They (People) don't want to be taken for granted."

While director Tyrewala credited the mother-daughter duo for being 'too creatively involved'. At the post-screening speech, Tyrewala thanked the Chopras for supporting a first time woman director.

She might not be the only one, though. Purple Pebble Pictures is on its way to produce three films by female directors. The actress has already greenlit a Bengali film, Nalini, based on the life of Rabindranath Tagore's first love.

On being asked if 'feminism' had anything to do with the choice of women directors, Priyanka said, "It is not a conscious choice, but it is an important one." She clarified by saying it was 'important to me to give first time directors a voice based on merit, and yes, a few of them are going to be women."

While it is easy to see why Madhu and Priyanka Chopra are being praised for their production skills, they do not always agree. As Priyanka says in the interview, "As it goes, the film scripts, creatively, come to me and I greenlight what I think is a film that is the voice of our company. She budgets it and tells me what's possible, what's not and if it makes sense, and whether we will make money or not."

However, the Quantico actress maintained that she wanted to give opportunity to new talent because she never had it during her initial years. She said, "It was so hard to get a foot through the door, just for someone to take you seriously."

Priyanka also added, "We have reached a point in cinema where content is king, and that's where the money comes from." Though she quickly added, "Whereas my mom begs to differ."

With two major Hollywood films on her plate, three production films, and a television series based on the life of Madhuri Dixit to follow her Quantico season, Priyanka might just turn out to be the most powerful woman producer in the industry, and with good reason.