The 3.10-minute trailer has little dialogue, but the visuals serve as a basic introduction to the principal characters played by Deepika Padukone, Shahid Kapoor and the antagonist Ranveer Singh.

It is a forgone conclusion that a Sanjay Leela Bhansali film would be a grand affair. The question is: Can Bhansali take the grandeur, opulence a few notches higher? The CGI-heavy (computer-generated imagery) trailer of his upcoming film is enough to suggest that Padmavati is likely to be the most opulent film by Bhansali.

The 3.10-minute trailer hooks you right from the beginning. It has little dialogue, but the visuals serve as a basic introduction to the principal characters — Rani Padmavati (Deepika Padukone), Raja Rawal Ratan Singh (Shahid Kapoor) and the antagonist Alauddin Khilji (Ranveer Singh). 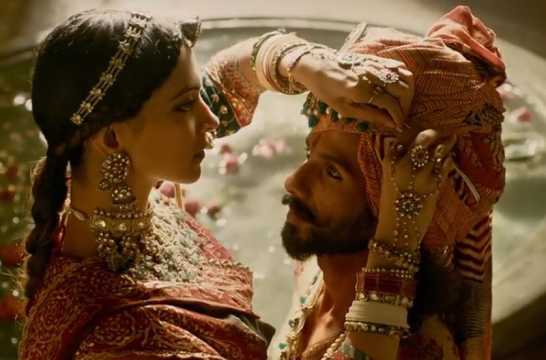 The trailer stands out particularly for the CGI-heavy scenes on the battle field and a desert storm.

While Padukone looks resplendent as Rani Padmavati, Kapoor's body language gives an impression of a true blue Rajput. The duo is sharing screen space for the first time and they look fabulous as a pair. If Padukone is the ethereal beauty, it’s Singh as the beast Alauddin Khilji that leaves you in an awe that is oddly discomforting. 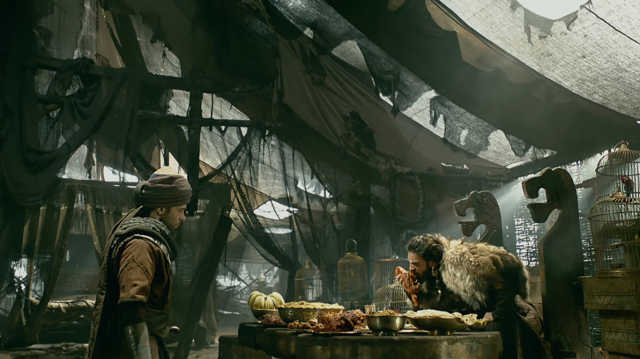 Bhansali’s scarface Khilji comes across as demonic in nature. The visuals of Khilji devouring meat like an animal is prominently shocking.

Will there be a romantic connection between Singh and Padukone in this film? The scary persona of Khilji is enough to do away with such unwarranted hopes. This Khilji is a beast and a narcissist. Would the 13th century ruthless Sultan, who didn’t spare his own relatives, stop at anything to conquer the Rajput kingdom? We'll have to wait and watch.

Kapoor's Raja Rawal Ratan Singh outlines the strength and pride of the Rajputs in the beginning of the trailer. His voiceover also seems like an attempt in appeasing the anti-social elements that attacked the crew and vandalised the sets of Padmavati during the shooting.

The visuals are exemplary and Bhansali has managed to create a gripping trailer.

Padmavati is set to be released on 1 December.

Watch the extravagant trailer below: