The controversial contestant, Zubair Khan, has accused Salman of allegedly threatening to ruin his career.

Over the years, the television show Big Boss has courted controversies outside the house too. Last year, it was Swami Om, this year it's the unheralded filmmaker Zubair Khan (director of Lakeer Ka Fakeer, 2013).

Zubair has accused Salman of allegedly threatening to ruin his career and of using disparaging remarks against him. He left the show on Sunday, 8 October.

The complaint was filed at the Antop Hill Police Station, Mumbai and later transferred to Lonavala Police Station. In his complaint, Zubair has alleged that Salman threatened him on the show saying he will ensure Zubair doesn’t get work and that Salman used derogatory statements against him, like — ”I  will make you my dog. Will see you after you leave the home.” 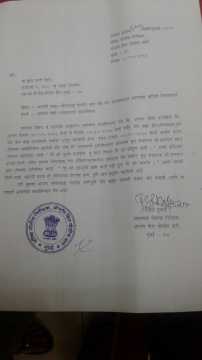 Salman had reproached Zubair in the first Weekend Ka Vaar episode, that aired on 7 October, for using abusive language with the women in the Big Boss's house.

A day later, according to a Times of India report the little known filmmaker consumed pills and had to be hospitalized, where he was later informed of his eviction from the show.