Raja Krishna Menon: Chef was a journey of self-discovery for Saif Ali Khan


The director explains how he came to adapt the Jon Favreau film of the same name after swearing off remakes of any kind.

Hindi films do occasionally provide food for thought, though few have served a sumptuous treat. Rajesh Khanna famously played a bawarchi (cook) in Hrishikesh Mukherjee’s Bawarchi (1972). And recently we had Habib Faisal’s Daawat-e-Ishq (2014). Food, though, has mostly been an appetizer in Hindi cinema, seldom the full course. That is likely to change with Raja Krishna Menon’s Chef.

In his three-film career so far, director Menon has shown that he likes variety. After making his debut with Barah Aana (2009), a comedy-drama based in Mumbai, Menon rose to fame with the Akshay Kumar-starrer Airlift (2016), based on the evacuation of Indians from war-hit Kuwait in late 1990, on the eve of the first Gulf war. Now his Chef, an adaptation of Hollywood actor-writer-director Jon Favreau’s 2014 film of the same name, is lined up for release.

Son of Malayalam actor TP Madhavan, the Kerala-born Menon was raised in Bangalore. Those familiar with the Garden City are sure to discern a Bangalorean tinge in his Keralite acccent. A former ad-man, the frank and charming director spoke about the making of Chef, why he enjoyed working with Saif Ali Khan, and Kerala food. Excerpts:

When I watched Jon Favreau's Chef, the first thing that came to mind was, wow, here is a film that can be adapted in Bollywood.

(Interrupts) You should be a producer (laughter all around)!

Well, my loss that I didn't pitch the idea to anyone. On a serious note, did you think of making an Indian version of Chef after watching the original?

No. I am someone who actually never thought of remaking anything. I might have made some stupid statement that I won’t remake anything, but now I am making one. I don’t like the word remake. Adapting is fine. You can find a reason to take a subject, and it should be an important enough reason for you to remake it. When I saw the [original] film on a late-night show with a few friends, I loved it. I think at that point of time lots of films were a little dark, but this was a light film. I came out smiling. I was happy. We friends told each other, forget jobs, forget cinema, let us make a food truck and go to Europe. My son told me that this was like little kids who go to see Spider Man and then want to be one.

I never thought of adapting the film. It was [producer] Vikram Malhotra, who had produced Airlift (2016). I was shooting for Airlift when he asked me what do you think of Chef. I said I love it but refused [his offer] saying I don’t want to remake anything. It is a good film and, of course, it’s Jon Favreau. Why would I want to shoot myself in the foot? He said listen, I have got the rights, if you don’t mind then take your time and think over it.

Roshan Kalra (Saif Ali Khan) decided to become a chef in times [the late 1980s] when most parents would not have approved of his choice. That is a very Indian thing. Today, we see how women are finding their space in Indian society. My character Radha Menon is a dancer, she is divorced, but she is a happy person. Her happiness doesn’t depend upon her husband, or her marriage. She has a world of her own. She can still be friends with her husband. These are things which we see around us, but we don’t see them reflected in cinema. Once we found the basic elements, we had to tell this story.

The fact that you are a Malayalee, is that why you set the film in Cochin?

That's only because I know Cochin. We always want the audience to get a unique experience. So you want to take them on a new journey. These are things that make it interesting.

We knew Kerala hadn’t been showcased in Bollywood the way we would be able to show it, because [co-writer] Suresh Nair is also a Malayalee and we made [co-writer] Ritesh Shah an honorary Malayalee. You need to have an understanding of a place. If you are from Amritsar, there are things which I would never be able to bring in unless I have lived there. I knew the place is beautiful. The food is very different. I like the fact that many people there still wear the lungi and walk around. I thought these are nice elements to bring into a film which is talking about food, family, culture and fun in life.

Saif Ali Khan told us that you told him that the chef cannot be too thin or too fat. Was this said keeping Favreau’s character in mind?

No. There is an old adage that you don’t trust a thin chef. I said to him, please don’t go and work out and get big muscles, because a chef’s life is miserable, it’s not fun. You have to work hard. And it’s a thankless job. No chef has the time, unless he is a celebrity chef. Roshan Kalra is a lost person. When you are not feeling well, people will tell you work out, but that’s an oxymoron. It doesn’t work out that way.

How was your experience of working with Saif Ali Khan? 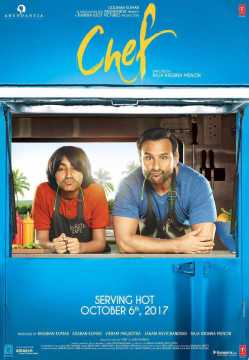 Very easy. We connected at an intellectual level. He has grown up in privilege, he has grown up very differently from my character. So, it is hard to understand [for someone like Khan] if you haven’t had a meal for a day. I can give you as much literature as you want, but one day you can’t have a meal, not because you were working late, but because you couldn’t afford to buy it! So, there is a scene in the film where he has to say, “Main Amritsar main sota tha toh chuhe mere upar chaltey the." He said what nonsense, don’t make up anything. It took him a long time to understand that there is a possibility that a mouse can run over your leg. He said nobody lives like that, but we worked together on it.

He is an extraordinary, intelligent man, he is the most easy actor to work with from a director's point of view. He is willing to listen. Fortunately, he is going through a second fatherhood, so a lot of the questions that he [Khan's character] asks in the film are important to him. It was a journey of self-discovery for Saif too. One of the questions he asks his son in the film is, “Am I a friend? Am I a confidant? Who am I to my son?"

How did you transform the nawab of Pataudi into a chef?

A lot of hard work! We went to the JW Marriott. Chef Himanshu gave his time. It’s unbelievable how much they helped our film. We also spoke to a lot of other chefs, Alex, Rohan, etc. Chef Sandhya served as a consultant throughout the shoot. We went to the Marriott and started with the basics, like how do you hold a knife. We spent a lot of time in the kitchen while the staff was working, trying to understand their body language. It’s manic, like a production on steroids. Saif also came in. We also watched lots of videos. That was the physical part of it.

The mental part was just listening to a lot of chefs talk about their lives.

Svar Kamble comes cross as a fine young talent. Is it difficult to work with a child? 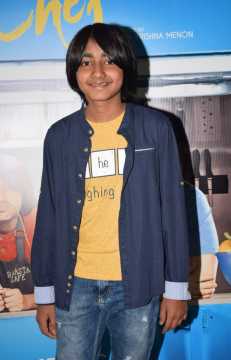 With this kid, it was not at all difficult. Svar is a grounded kid. He is a special actor, very relaxed. He just runs around the place and gives his shot. The make-up guys were more worried as he ventured out too much in the sun. He is unaffected by things around him. Poor guy, I would make him wake up at 2 in the morning, and he would still be ready to give his life.

We had auditioned about 200 kids. I thought we were running a school. It was hard to turn most of them down. I didn’t meet all the kids though. We brought the search down to 50 kids. Then we divided them in groups of five. I worked with them, just doing acting workshops, playing different things, coming up with different ideas, telling stories like you are a toad, or whatever. From there we finally came down to five. Svar always stood out from the time I saw his screen test. If we got everything right, and this [casting] wrong, then everything else would have been destroyed.

Coming to your earlier film Airlift. I don’t wish to be critical, but I wonder, did turning a Mathunny Mathews into Ranjeet Katiyal in some way take the sheen off Mathews's heroism?

That is an interesting question. But Ranjeet Katiyal was not Mathunny Mathews. His son is a dear friend, and so was Sunny [Mathews] uncle, someone I knew. I would never do anything to tarnish such a great man. The greatness of the man was that he didn't even want credit.

What I meant was whether turning a Mathews into a Katiyal was a commercial decision to appeal to the mass Hindi audience. 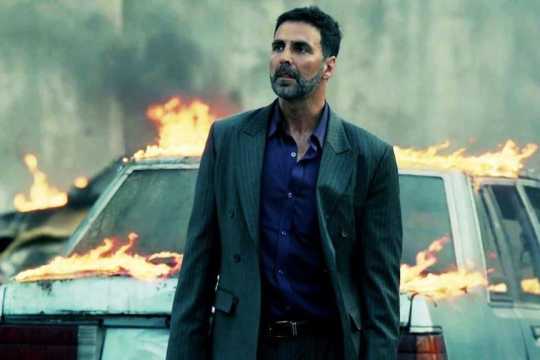 There were 12-14 people involved in the rescue operation. I wanted to get an amalgamation of these 12 people. It is not physically possible for Ranjeet Katiyal alone to do this. He is a figment of my imagination. I brought these 12-14 people, their qualities, into one character, the events that happened. Of course, Sunny uncle was the most influential of the lot, therefore it appeared that the film is more about him. If the film was purely about him then I would have called the character Sunny Mathews.

You have been an ad-man. I have never been a fan of celebrity TV commercials in India. I could be wrong, but they are perhaps the worst. Do you agree?

If you break open an [aerated drink] and say ‘a-ha!’, who does that? Anything that takes away from the core integrity to me is pointless, don’t do it. It’s not worth that Rs15 lakh. [But] a producer may not agree.

There are two things here, you have to work really hard if you don’t have a celebrity. I remember a commercial that [filmmaker R] Balki wrote for a detergent powder. It said, ‘Daag acchey hain [Stains are good].' You need a lot of work to get to that point. It’s a wonderful thought. So, when you don't have this, then let me just get a Salman Khan and say, ‘This detergent is very good!’ A fan would say if Salman is endorsing it, then it must be good.

But there are some nice integrations. I really liked Ranveer Singh’s packaged noodles and the condom ad, that was cool.

I haven't been to Kerala yet. But I often come across these dishes called chicken 65 and Kerala fried chicken in restaurants in Mumbai. I wonder though, are these even authentic Kerala dishes?

Do you know how gobi/chicken manchurian came on the scene? There was one chef called Wong, who worked for a restaurant called China Garden. He invented this dish. We all thought it came from China, but it came from Malabar Hill [in south Mumbai]. As for the dishes you mentioned, it’s completely different in Kerala. First of all, Keralites cook in coconut oil. If you don’t like that, you will find nothing to eat.