The last few years have seen the rise of the sports film in Hindi cinema.

The opening of Prakash Jha’s Hip Hip Hurray (1984) states that the film is dedicated to the spirit of sports and sportsmanship. The film didn't bring about a trend of sports films and the genre was soon forgotten until the floodgates opened in the last few years. Athletes have now suddenly become the heroes of the Hindi film industry. Sports is the new ‘it’ genre, along with biopics. If you combine the two, you’ve struck gold! 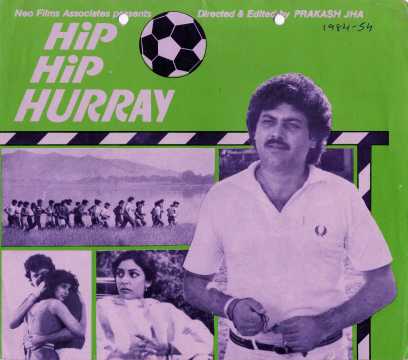 The usual sports clichés, used extensively in sports films across the globe, haven’t yet been exhausted here. So more often than not you find the ragtag group of underdogs that eventually succeed, a coach who inspires his team or an athlete overcoming all odds to win that elusive title. These kinds of stories are still new to Indian audiences, which might explain why the stories of real-life celebrity athletes like Abhinav Bindra, Mithali Raj and the 1948 hockey team that brought home the Olympic gold are all coming to the forefront recently.

India's record of under-performance in global sports events might have also contributed to the popularity of the genre in the country. Until not so long ago, our sports and cricket were synonymous and it's the only sport where we would make any headway. However, the scene is changing and India is now doing well at other sports such as badminton, tennis, hockey, and women's cricket.

Today, the sport is too commercialized and the introduction of the Indian Premier League (IPL) paved the way of other sports to start up their own leagues as well. The Pro Kabbadi League, the Indian Super League and Super Fight League have all originated in the last three years, often with Hindi film celebrities cheering from the sidelines.

Actor Abhishek Bachchan is the owner of the Jaipur Pink Panthers, winners of the inaugural season of the Pro Kabbadi League. Ranbir Kapoor, John Abraham and Hrithik Roshan are all owners of football teams across the nation in the Indian Super League. In 2012, Sanjay Dutt was one of the co-founders of the Super Fight League highlighting the sport of mixed martial arts.

The IPL already has the ‘filmi’ touch, with actors Shah Rukh Khan, Juhi Chawla, Preity Zinta and Shilpa Shetty all owning a stake in the highly successful cricket league.

One of the first films to have a cricketer as hero was Subodh Mukerji’s Love Marriage (1959). The film even had a song shot in Brabourne stadium, but the film’s hero, Dev Anand, loses his zest for the game by the second half of the film once he meets his love interest, Mala Sinha. 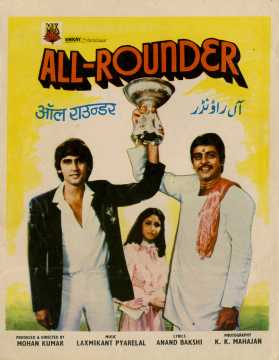 After India won its first cricket World Cup in 1983, a few films tried to start off the sports genre. Raj N Sippy’s Boxer (1984) with Mithun Chakraborty as a Rocky-esque boxer, Mohan Kumar’s All Rounder (1984) starring Kumar Gaurav as an aspiring cricketer and Prakash Jha’s Hip Hip Hurray (1984) with Raj Kiran as a sports teacher at school, who leads a football team to victory, and 1992’s Jo Jeeta Wohi Sikander, starring Aamir Khan, Ayesha Jhulka and Deepak Tijori that focused on an inter-collegiate cycling race. 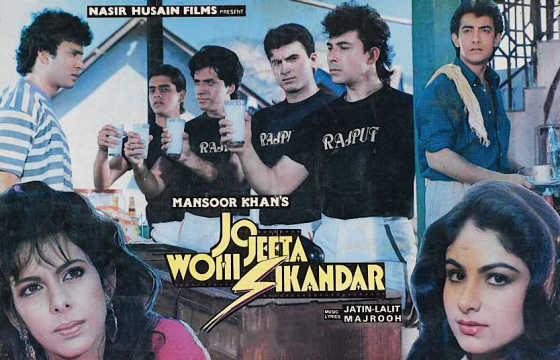 It wasn’t until Lagaan scored India’s third Oscar nomination that the sports films began gaining traction again in Hindi cinema. Films like the National Award-winning Iqbal (2005) featured the title character, a young man (Shreyas Talpade) who overcame his disabilities to succeed and get selected in the Indian national cricket team. He gets coached by a former cricketer played by Naseeruddin Shah. 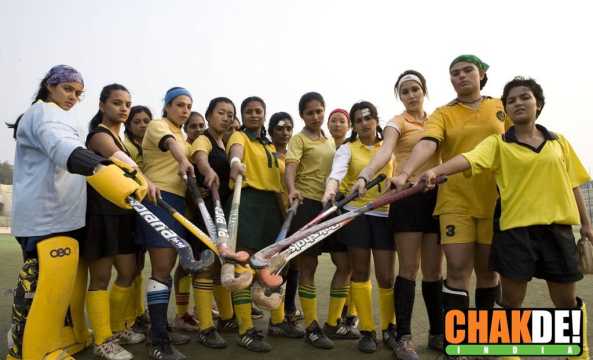 The league has become a prominent part of the cricketing world. In India, it is largely held during summer vacations and most films do not release during this period to avoid losing viewers to the tournament. But the film stars and celebrities do not stay away. In 2012, the trailer of Chennai Express was launched during the final between the Chennai Super Kings and the Mumbai Indians. Despite its South-centric title, the trailer proved to be a good omen for the Mumbai Indians who ended up lifting the winner’s trophy.

The interest in the genre could also be attributed to fortuitous timing. In 2016, India only won two Olympics medals — a silver in badminton and bronze in wrestling by PV Sindhu and Sakshi Malik, respectively. It reignited the story of successful female athletes with their stories. Superstar Salman Khan, who starred in the wrestling film Sultan (2016), had been named the goodwill ambassador for the Indian contingent by the Indian Olympic Association.

In a conversation with Cinestaan.com, sports journalist Ayaz Memon had said, “Sportspersons are great performers, they have great life stories to tell — there’s a dash of heroism, even if it’s failure, it’s very moving and dramatic. These make for very good stories. What is happening concurrently is that sports, by itself, is becoming big in India.”

Sports is now getting more coverage in the Indian media as well. The latter half of 2016 brought forward two exceptional films. One was a story of India’s most successful captain, Mahendra Singh Dhoni, and the other, the story of a father, Mahavir Singh Phogat, who coached his daughters to high heights in women’s wrestling. While the first might be seen as a tribute to a cricketer on his way out, Dangal served to introduce the nation to the larger, more relevant story of women’s wrestling.

The coming year will see a barrage of sports related films as no less than 10 biopics of sportspersons, current and retired have been announced. Two big name films will headline 2018 — Gold starring Akshay Kumar that focuses on hockey Balbir Singh who helped guide India to its first gold medal as a free nation in 1948 and ‘83 starring Ranveer Singh as Kapil Dev on the cricket team’s first world cup victory in London. Reema Kagti is directing Gold, while Kabir Khan is helming ‘83.

Meanwhile Harshvardhan Kapoor and Shraddha Kapoor have been training hard to step in the shoes of Abhinav Bindra and Saina Nehwal, respectively. Further biopics on PV Sindhu (by producer Sonu Sood), Gopichand are in the works. Cricketeers Mithali Raj and Jhulan Goswami, the veteran stars of India’s team that made it to the world cup this year, are also due soon.

Actors Diljit Dosanjh and Angad Bedi, are reportedly playing hockey players in the Sandeep Singh biopic. While actress Taapsee Pannu is slated to play Dosanjh’s wife in the film. MS Dhoni is said to be producing a film on hockey player Dhyan Chand and the Vijay Amritraj biopic is already underway.

One hopes the audience doesn’t get fatigued by the numerous stories bombarding theatres every couple of months and remembers them for what it is overcoming personal adversity and triumphing at their own set goals.