Half a dozen Hindi films were lined up for release on 6 October, which would have meant a scramble for screens. Saif Ali Khan-starrer Chef is the most notable of the lot. However, while last week's release, Judwaa 2, is likely to continue its good run, Chef need not worry about competition from two 'hot' films — Zareen Khan’s Aksar 2 and Pahlaj Nihalani’s Julie 2.

A publicist from Aksar 2 confirmed that the film's release has been postponed and a new date will be decided in due course. Directed by Anant Mahadevan, Aksar 2 stars Zareen Khan and TV actors Gautam Rode and Abhinav Shukla. 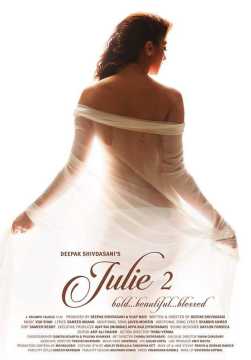 Meanwhile, there was agony for former CBFC (Central Board of Film Certification) chairman Pahlaj Nihalani as Julie 2, which is being distributed by him, has got mired in a legal battle after NR Pachisia, producer of Julie (2004), took the film's producers to court for copyright infringement.

Pachisia told the Mid-day tabloid that he holds the rights to the title. “Back in 2012, I had heard that [director] Deepak [Shivdasani] was planning a sequel to Julie. I immediately wrote to him saying I hold the rights to the film and the title, and have no intention to make a sequel. He assured me in writing that he would not make the film,” Pachisia told the newspaper.

Pankaj Nihalani told Cinestaan.com, “We are caught up in this copyright row. We were hoping for a verdict to come out today, but the matter has now been put up to 5 October. Unfortunately, that leaves us with no time to release the film on 6 October.”

Nihalani said a charge of copyright infringement was also being levelled against his film. "Earlier, it was just a title rights issue, but now they are alleging that the story is the same," he said. "[But] their film was based on the story of a prostitute while our film is about an actress. No scene or dialogue is similar.”