Leaked! Kangana Ranaut on the sets of Manikarnika: The Queen Of Jhansi


The actress is shooting the second schedule of the film directed by Krish.

Few pictures from the shoot of Kangana Ranaut-starrer Manikarnika: The Queen Of Jhansi have been leaked on social media by the actress’ fan club. She is currently shooting the second schedule of the film in Jaipur.

The pictures show Ranaut in her Laxmibai attire. She is wearing a cream coloured saree with a shawl. Her hair is tied and a bindi on her forehead completes her look.

But Ranaut is not the only one present in the pictures. Another actress who plays a widow with her head shaven is seen accompanying her.

In a couple of pictures Ranaut is seen memorizing her lines from a paper. In another, she is reciting her dialogues while the other actress is holding the paper. In the third one, we can see her discussing a scene with the director Krish.

Kangana on the set of #Manikarnika in Jaipur pic.twitter.com/KbvkhJnEuy

Krish has previously directed Gabbar Is Back (2015) with Akshay Kumar in the lead. This was one of the first few films that started the Akshay's stint with socially relevant and patriotic films. Krish has directed quite a few films down south. 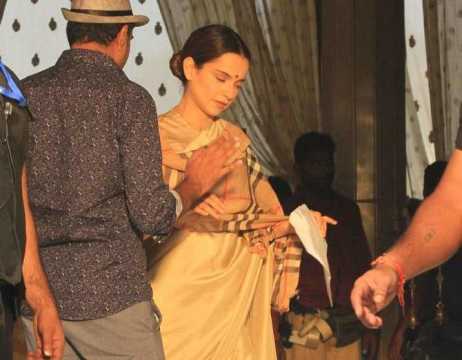 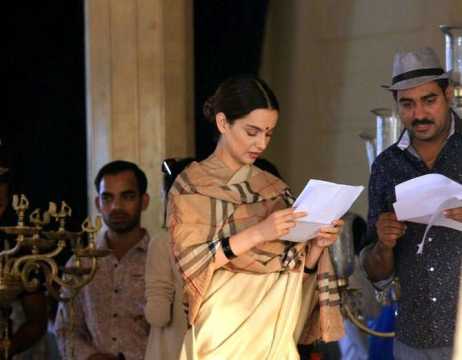