On what would have been the actor’s 80th birthday, a remembrance of his outstanding work in films like Chori Mera Kaam (1975) and Angoor (1982).

Deven Varma, born 23 October 1937, was the son of a silver merchant who became one of the finest, subtlest comic actors seen by Hindi cinema. Writer Sanjit Narwekar called Varma the “epitome of an ordinary man in a unique [comic] situation” in the book, Eena Meena Deeka: The Story of Hindi Film Comedy.

Varma read politics and sociology at Nowrosjee Wadia College for Arts and Science in 1957 in Pune. He acted in several plays after that, when he was seen by BR Chopra in a one-act show and cast in his film Dharmputra (1961), directed by his younger brother Yash. Varma made his debut alongside Shashi Kapoor, who was seen as a lead actor for the first time.

Varma was also adept at comedic standup shows, ages before they became a rage in India. He never had to resort to pulling funny faces though. He was hilarious in his own style of observational comedy.

He showed touches of his comic timing in his next film itself as Ashok Kumar’s servant in Gumrah (1963) where he was praised. But Hindi cinema wasn’t sure where to slot him and he was cast as a negative character in Devar (1966). He slowly came into his own with his wry sense of line delivery and understated humour in films like Buddha Mil Gaya (1971) and Chori Mera Kaam (1975).

The actor wasn’t a traditional comedian in the vein of a Johnny Walker or a Rajendranath; his natural acting style also produced fine dramatic turns in Khamoshi (1970) and Mere Apne (1971). Slowly, Varma was seen as the jovial character introduced for light comic relief in a film.

In Hrishikesh Mukherjee’s classic Gol Maal (1979), Varma played friend and guide to Amol Palekar as himself in a special appearance. Besides acting, he produced and directed a few films like Nadaan (1971) and Be-Sharam (1977) but they all failed at the box office and he concentrated on acting instead. 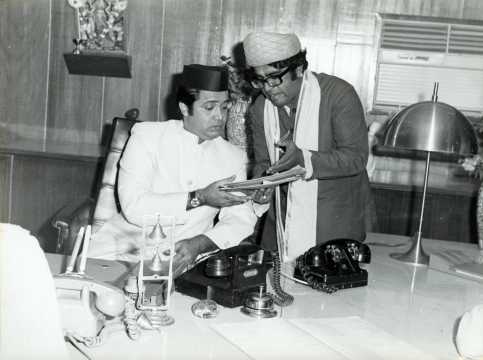 Deven Varma won his first Filmfare award for Best Performance in a Comic Role for Chori Mera Kaam, beating out Asrani, Keshto Mukherjee and Mehmood for the trophy.

He played Pravin Chandra Shah, a Gujarati publisher who gets hoodwinked and blackmailed by Bhola (Shashi Kapoor) and Sharmili (Zeenat Aman). They convince him that he has run over Sharmili in his car and take Rs50,000 from him as hush money. In the film loaded with incredible coincidences, Bhola gets his hands on a manuscript titled ‘Chori Mera Kaam’, a how-to book on becoming a criminal.

In a cast filled with many actors from Pran to Ashok Kumar to David, it was Varma’s straightforward turn as profit-seeking publisher, even while doling out a ransom, that stayed in the minds of audiences.

Singing ‘Mummy O Mummy, Tu Kab Saas Banegi’ in Basu Chatterjee’s story of two Parsi families, Deven Varma was absolutely endearing as the typical Parsi bachelor, living with his mother and wanting to get married. In Khatta Meetha, the always hopeful Dara (Varma) eventually does get his happily ever after. 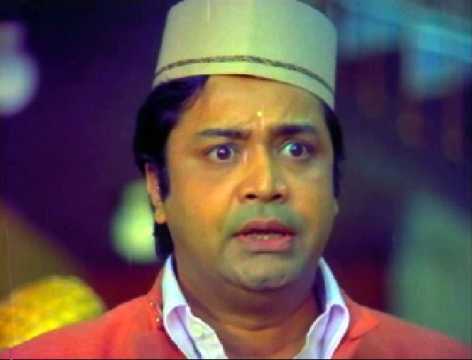 Directed by Vijay Sadanah, Chor Ke Ghar Chor was a disaster. It was a mishmash of Chori Mera Kaam (1975) and Victoria No 203 (1972). Here, too, he played a character similar to Chori Mera Kaam, called Pravinbhai, and picked up his second Filmfare trophy for Best Performance in a Comic Role. The actor, who was acting in 16 films at a time, beat out his own performance in Khatta Meetha for the award. 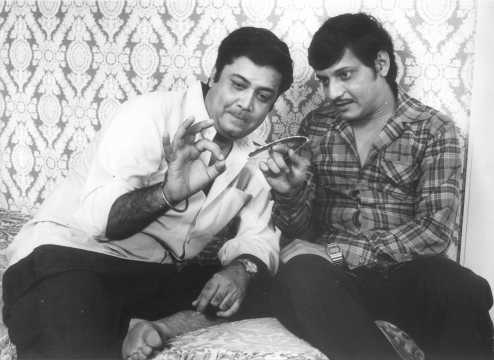 In the cult classic Gol Maal, Deven Varma, cast as himself, aids Amol Palekar’s character Ramprasad Sharma, who has concocted a twin Laxmanprasad, to get out of work. He goes to his friend Deven to help him juggle disguises and woo the pretty daughter of his boss (Utpal Dutt) on the pretext of music lessons. As Ramprasad's guide, Varma chuckles over his friend’s ‘unusual’ situation but is still on hand to provide the best way to transform himself as each brother. 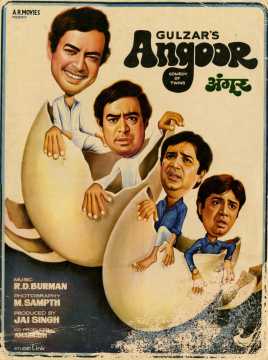 Deven Varma got the role of a lifetime and gave arguably his finest performance in Gulzar’s Angoor (1982). The film, an adaptation of William Shakespeare’s The Comedy of Errors, found Varma playing twins, both named Bahadur, with co-star Sanjeev Kumar playing twins named Ashok. The two sets of twins are separated while young and meet accidentally when grown-up, causing much confusion and hilarity for those around as they struggle to recognize who is who. Varma won his third Filmfare award for his performance.

An analysis of the film in the book India’s Shakespeare: Translation, Interpretation, and Performance stated that 'an intelligent script, witty dialogue, and the acting of Sanjeev Kumar and Deven Varma made this film by far the most successful adaptation of Shakespeare on the Bombay screen, both aesthetically and commercially, and one of the funniest and most enjoyable versions of the play ever'.

Varma, however, preferred his performance in the unsuccessful Deedar-e-Yaar (1982), the same year as Angoor, in which he had to enact a character who had no expression.

Varma continued acting until the early 2000s with Calcutta Mail (2003). Filmmaker Karan Johar wrote on Twitter upon his death in December 2014, “Your straight-faced impeccable comic timing still doesn't have a successor....”