Parasakthi: Iconic film that gave us the legend of Sivaji Ganesan


M Karunanidhi's meaningful, irreverential and hard-hitting dialogues, delivered by Sivaji, struck society so hard that it was forced to wake up from its slumber and search for its long-lost conscience.

Sivaji Ganesan in Parasakthi
give your opinion

Exactly 65 years ago, on this day, 17 October, one of Tamil cinema's finest films, Parasakthi (1952) was released. The film did not just shatter box-office records, but also brought about an awakening in society by boldly questioning traditional practices and faulty belief systems.

The meaningful, irreverential and brutally hard-hitting dialogues by M Karunanidhi, now chief of the Dravida Munnetra Kazhagam and an ex-chief minister of Tamil Nadu, delivered by one of Tamil cinema's finest actors, struck society so hard that it was forced to wake up from its slumber and search for its long-lost conscience.

So powerful was the impact of the film that the masses began reeling out the dialogues by heart. In fact, they continue to do so to this day. Even now, a lengthy and awe-inspiring dialogue that Sivaji Ganesan delivered in a court scene in the film is often used by aspiring actors to show their prowess at dialogue delivery when trying to bag opportunities in the film world.

Interestingly, the first word that Sivaji Ganesan uttered as his dialogue while shooting for this film, which ran into serious trouble just before its release, was ''Success! Success!" Little did Ganesan, a struggling actor then, know while uttering them that he was forecasting his and the film's future. 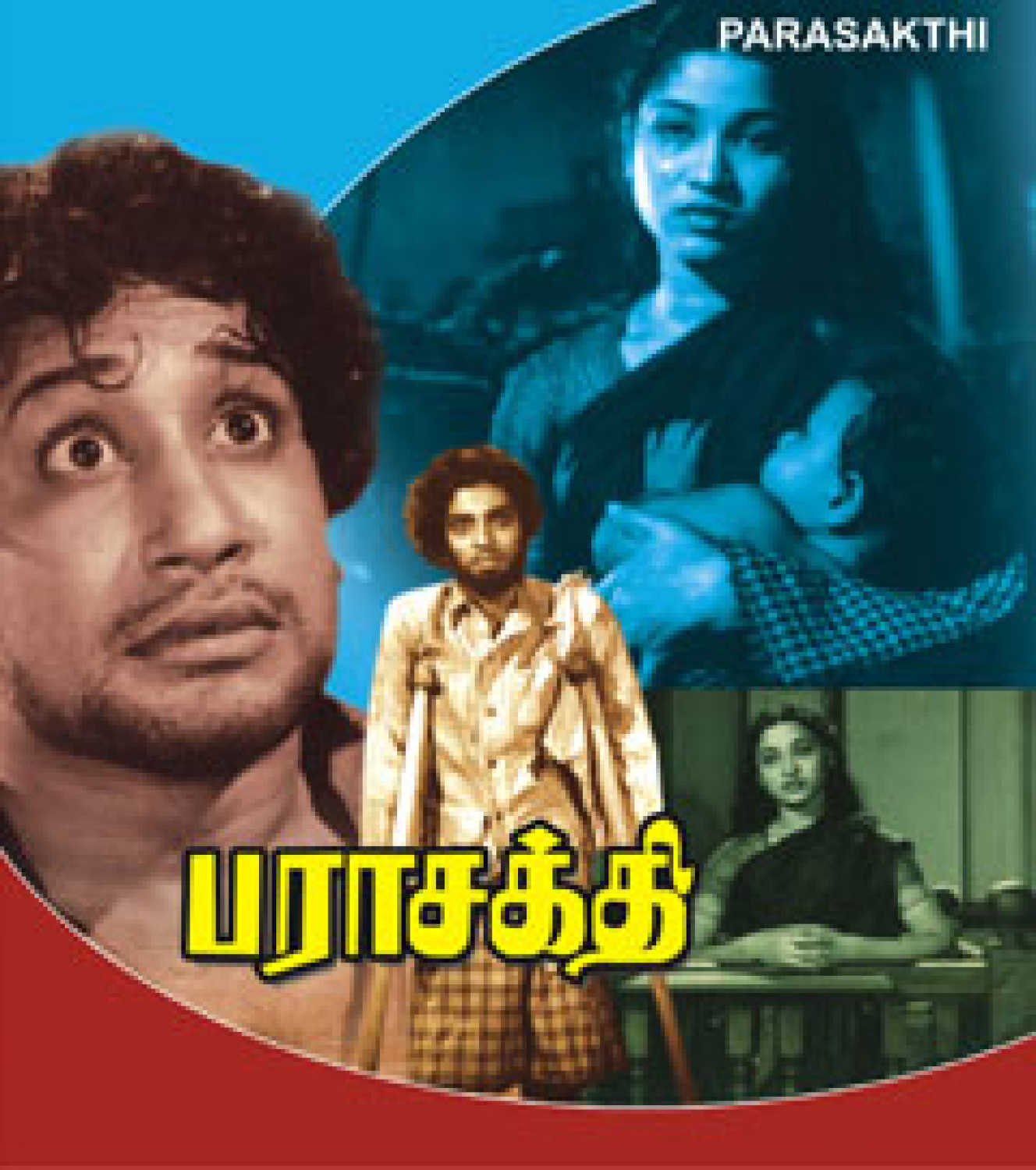 The story of how Ganesan became part of this epic film is very interesting. Old-timers in the industry say Ganesan was a brilliant theatre artiste. His dialogue delivery and memory were phenomenal. In particular, his performance in the famous play En Thangai (My Sister), written by TS Natarajan, was making waves in the state at that time.

Ganesan was also a loyal supporter of the Dravidian leader CN Annadurai, fondly known as Anna, later to be the first non-Congress chief minister of the state. Anna himself was a brilliant writer and social reformer. Once, he chose to give Ganesan a part in the play Sivaji Kanda Hindu Samrajyam and gave him a monologue which ran into 73 pages! Old-timers say the actor delivered all 73 pages in perfect intonation in just a couple of hours, much to Anna's astonishment.

Impressed with his ability, Anna wanted to give Ganesan a chance to showcase his potential to the world. So, when the opportunity presented itself, he referred Ganesan to Perumal Mudaliyar, another loyalist. It so happened that Mudaliyar was one of the two producers of Parasakthi — the other producer being AV Meiyappa Chettiar of the AVM Films studio.

Film historians say that initially it was Mudaliyar who suggested Ganesan's name for the character of Gunasekaran. Impressed with his dialogue delivery, the team decided to cast Ganesan.

However, after shooting about 5,000 feet of film reel, they found Ganesan to be too lean for the character. There were suggestions that the role be given to KR Ramasamy instead. But producer Mudaliyar was determined to retain Ganesan as Gunasekaran.

It is said that the producer chose to give three months to the actor to put on weight and the shooting was halted in the meantime. The actor, they recall, was made to eat meal after meal during this period. Needless to say, the effort had the desired result and shooting resumed.

The film is truly legendary in character and accomplishment. It acted as a mirror, showing how the rich exploited the poor and the powerful exploited the weak. It also spoke about the difficulties a poor, single woman faced while struggling to feed an infant in a greedy world.

More importantly, it scoffed at a judicial system that was blind to the pain and suffering of the comman man. It discussed classes, religion, judiciary and society as a whole, fearlessly pointing out the gaping holes in each of these sectors.

Karunanidhi's scorching dialogues being delivered at a blistering pace by the articulate and gifted Sivaji Ganesan set the box office on fire. Despite there being calls to ban the film, it had a phenomenal theatrical run of 175 days —  a great feat by the standards of the time.

To this day, this film stands out as an icon. It continues to be one of not just Tamil cinema's but India's finest.