As Hindi cinema's Dream Girl enters her 70th year today (16 October), we walk down memory lane and look at some of her riveting performances.

Hema Malini began her professional journey as a dancer much before she entered the world of films. A trained classical dancer, she began performing at a young age. When she entered the film industry, she found it difficult to adjust to the popular dance forms used in films given her classical training. 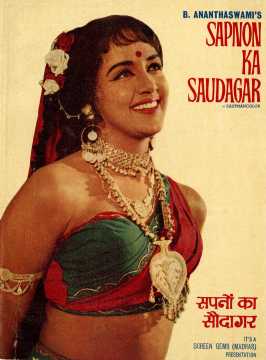 Her first dance in Hindi films was for Sapnon Ka Saudagar (1968) starring Raj Kapoor, choreographed by the legendary Hiralal Master. In her biography by Bhawana Somaaya, the actress recalls how she was unable to perform the vigorous steps and suggestive facial expressions that were staple fare in films at the time. So, instead of performing them, she would flash her winsome smile, which delighted the cinematographer but left the choreographer fuming! Over time, however, the choreographers learnt to adapt to Hema Malini’s easy grace and poise and gave her steps that matched her personality.

While Hema Malini starred in several films that showcased her dancing talent, she also played many feisty characters, often bashing up the villainous rogues. As Somaaya succinctly puts it, “She has beaten up Amrish Puri with her ghungroos, Vijayendra Ghatge with a whip, Roopesh Kumar with a tennis racquet, and another villain with a table lamp. As recently as in Baghbaan (2003), Hema beats up the villain for eve-teasing her granddaughter!"

On the occasion of her birthday, we take a look at some of the most memorable performances of Hindi cinema's original Dream Girl. 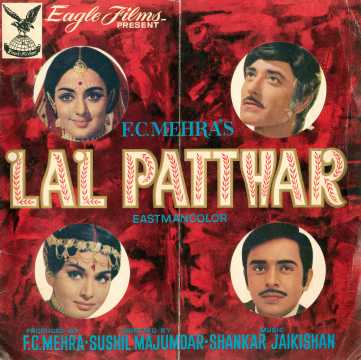 One of the early films of Hema Malini's Hindi film career, Lal Patthar features her as a character with negative shades. Directed by Sushil Majumdar, the film was a remake of his earlier Bengali hit Lal Pathore (1964) which featured Uttam Kumar and Supriya Choudhury in the lead roles.

In the Hindi version, Hema Malini plays Madhuri, mistress of Raja Bahadur (Raaj Kumar). A simple girl, she is moulded by Raja Bahadur into his version of what an educated, refined woman should be, but, curiously, he does not marry her. Then one day, he brings home a wife, Sumita (Rakhee), and Madhuri’s jealousy leads to the ruin of innocent lives.

The film had an unusual story that looked into the minds of the characters to explore the ramifications of jealousy and desire. It allowed Hema Malini to showcase her acting skills through the subtleties of her character. Her commanding presence on screen complimented Raaj Kumar’s magnetism well, making them a perfectly doomed pair. Interestingly, the first choice for Hema Malini’s role was another celebrated dancing star, Vyjayanthimala. 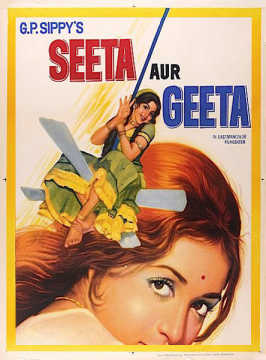 Directed by Ramesh Sippy and written by Salim-Javed, Seeta Aur Geeta featured Hema Malini in a double role. The opposing characteristics of the eponymous heroines of the film gave her good scope to showcase her acting abilities, which she did to perfection. Geeta’s equation with Seeta’s aunt, played by Manorama, and the famous ceiling fan scene make for some of the most delightful moments of the film. Sippy’s fascination with spaghetti Westerns finds its way into this film as well. The fascination, of course, culminated later into a full-blown exploration of the genre in Sholay (1975). The face-off between Geeta and Ranjeet (Roopesh Kumar) is heavily drawn from the genre and makes for a great dramatic scene. Sanjeev Kumar and Dharmendra were excellent in their roles but it was Hema Malini who was the real hero and shone in every scene.

Another collaboration between Sippy and writer duo Salim-Javed, Sholay is iconic for the characters it created. In an interview, screenwriter Salim Khan said that while both he and frequent collaborator Javed Akhtar wrote the script for Sippy’s Andaz (1971) and Seeta Aur Geeta (1972), they were not yet partners. They were part of the story department and received a salary of Rs 750 each! However, they approached the Sippys as a team, Salim-Javed, for Sholay.

The character of the chatty, full-of-beans Basanti remains Hema Malini’s most popular role but, apparently, she struggled with it initially as she had long dialogues that she found difficult to memorize. Javed Akhtar then enacted the part of Basanti for her and she went on to play the effervescent tongawali with conviction.

The immensely popular song 'Jab Tak Hai Jaan', picturized on her as the film nears its violent climax, required the actress to dance barefoot on an uneven slope. In an interview, she recalled how she got corns on her feet during the shooting of the song and though mock glass shards were used in the scene, she still injured herself. However, undeterred, she completed the shooting of the song in sweltering heat and despite immense discomfort without complaining.

This was Hema Malini’s second film with the writer-director Gulzar. The first, Khushboo (1975), was released in the same year as Sholay and featured a subdued Hema Malini who gave a beautifully understated performance as a simple village girl. In Kinara, she plays a dancer (Aarti) who loses her eyesight and struggles to face her fears.

Again, Hema Malini gave a remarkably restrained and sincere performance as she conveyed the anguish and helplessness of Aarti. Her role was complimented by Jeetendra, who is far removed from the ‘Jumping Jack’ image that he went on to cultivate through his on-screen antics. The characters are moulded by fate and must come to terms with it in their own ways. Gulzar’s story allowed for an exploration of emotions that could not always be conveyed through words. The film also allowed Hema Malini to showcase her exceptional dancing skills along with her acting and she performed a Kuchipudi dance in the film, perhaps a first in commercial Hindi cinema. 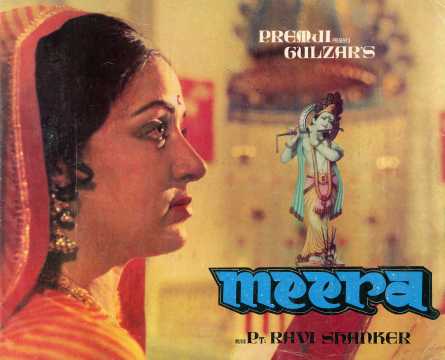 Yet another collaboration between Hema Malini and Gulzar, the film is based on the legend of Meerabai and her devotion to Krishna. Incidentally, the 1945 Tamil film on the saint from Rajasthan was directed by Ellis R Dungan and starred the Carnatic music legend MS Subbulakshmi. The hugely successful film was released in Hindi in 1947.

Gulzar’s period film reconstructs the story in episodes wherein he explores the strict Rajput code of conduct and honour along with Meera’s predicament, her unwavering belief, and her metamorphosis, which are captured perfectly by Hema Malini’s riveting performance. She bears the slights and insults from the family without too much drama and expresses much through her actions and even silence. Vinod Khanna as Rana Bhojraj is perfectly cast as he sways between trying to understand his wife’s devotion and getting enraged by it. 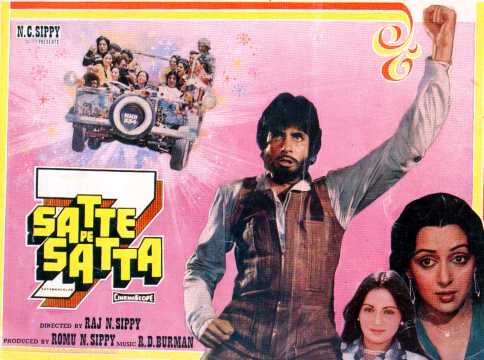 An adaptation of the 1954 MGM musical Seven Brides For Seven Brothers, Satte Pe Satta, directed by Raj N Sippy, starred Amitabh Bachchan, Hema Malini and Amjad Khan, amongst many others. The story of seven brothers who live on a farm and are rather unknowing of civilized ways remains a fondly remembered comedy. As the wife of the eldest brother Ravi (Bachchan), Indu (Hema Malini) takes it upon herself to civilize the unsophisticated gents and hammer them into shape. Though the film is primarily the story of the brothers, specifically that of Ravi, Hema Malini holds her own and makes her character memorable. 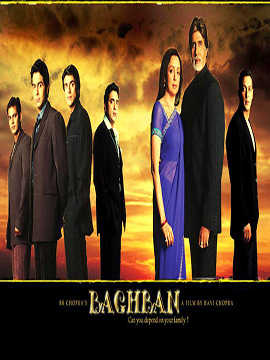 Baghbaan gave us an unusual story of an older, albeit glamorous, couple who are very much in love even in their sunset years. Ravi Chopra’s film explored the very relatable predicament of older parents in a family where the children get to make all the decisions.

Hema Malini was the perfect choice as she complimented Amitabh Bachchan’s magnetic personality and suave charm. The artistes had worked together in several films like Sholay (1975), Naseeb (1981), and Satte Pe Satta (1982), amongst others, but to come together as an older couple was a unique collaboration. Hema Malini credited the director of the film with creating such a glamorous role for her and for giving them so many dance numbers in the film!