The author turns to direction with her sweet short film that will be screened at the Mumbai film festival today.

First we saw Ayushmann Khurrana steal the thunder as Vicky Donor (2012). Then came younger brother Aparshakti, who impressed one and all with his goofy act in Dangal (2016). Now, a third member of the Khurrana family is set to showcase her cinematic talent.

Ayushmann’s wife Tahira Kashyap has taken her first step into the world of moving images, directing the short film Toffee. The film, which draws inspiration from Kashyap's own life and tells the tale of two 10-year-old girls from different strata of society, will be premièred today at the Mumbai film festival.

Kashyap shared with Cinestaan.com her thoughts on the film, her experience as a first-time director, and why she won't take husband Ayushmann along to the Bahamas film festival. Excerpts:

Is it true that you didn't like the Bareilly Ki Barfi (2017) that Ayushmann got home and so decided to make your own Toffee?

(Laughs.) That’s the first time I am getting to hear the question. Bareilly Ki Barfi is one of the most well-written scripts. That, though, is a feature film while Toffee has a different flavour. The one thing common to both is that there is a lot of sweetness attached to them.

What is Toffee about? 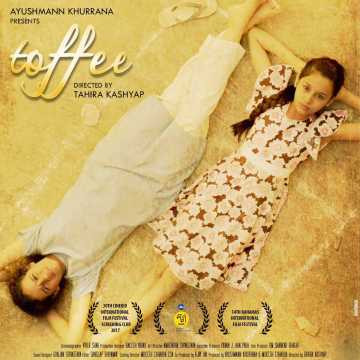 We follow a nostalgic lane. The film is about these two 10-year-old girls, Ritu and Tanya, and the friendship they share. It is based in a small town. There are a few things that we should take pleasure in, like having one-rupee ice-cream kulfi. It just takes you back... ah, I'm a 1990s kid, so there are a lot of references to the 1990s. The film is set in the 1990s.

What ingredients have gone into the making of this Toffee?

The primary ingredient is my heart. It's a small movie with a lot of heart. There is a lot of me in this film. There are a lot of references to my childhood.

I was reading up a bit on the film, and I believe there is also an aspect of child marriage in it?

I wish for you to see the movie as I cannot divulge more. The film does deal with the topic of child marriage as well. It is an incident that happened with me. It’s basically the coming together of two worlds — one of a girl [Tanya] from an upper-middle-class background, the other [Ritu] from the lower strata of society. The former used to go to her grandparents' house [on the outskirts of Jalandhar, Punjab] for vacations. The poor girl's family used to stay in a small, chawl-type house. Ritu used to wrap toffees, hence the title. She used to wrap bundles of bags of toffees to earn just Rs100 to support her family. Tanya used to come and help Ritu wrap up the toffees quickly so that they could go out and have fun. How they live their childhood, what transpires next, this is what the story is about.

So, I guess as a child you didn't have too many friends.

I was a single child. I used to go to Jalandhar. The 1990s was a time when there was no internet, no Google, no social media, no video games, nothing. Add to that the numerous power cuts, and the only option was to step outside the house. I made this friend. As a child, if you had some doubts you could share them with your friends.

Both of them have their own fundamentals, they live in their own worlds. The film is a sneak peek into their beautiful world.

Did this girl become a friend for life?

With two children in the lead, would it be wrong to promote this as a children's film? 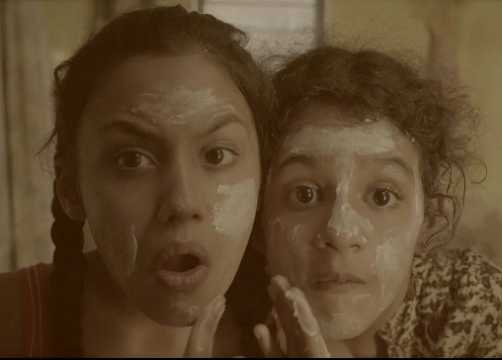 More than kids, it is for adults to understand that children should be left alone. If they are allowed to be children, this is the world children will live in. These are the memories they will make.

The film is against child marriage. These two girls can only be happy if they don’t get married early and are allowed to live their childhood. This is the message for adults. Kids would love it too, seeing the shenanigans of these kids.

Were you a hard taskmaster with the two girls?

No. They did try my patience as they are 10-year-olds. They did have fights. There was a time when both were upset with each other. But I had fun and learnt a lot from them.

You couldn't have asked for a better platform to showcase your film than the Mumbai film festival.

I was pleasantly surprised [when the film was selected]. We made this movie and started giving it out for festivals. I was more than happy to know that it will be premièred at Mumbai. Apart from this, it has been selected for the Cinekid Festival in Amsterdam and then it will be screened at the Bahamas film festival. I feel happy and blessed.

You must be excited to go to the Bahamas if you haven’t been there before.

Yes, I haven’t been there. Let’s see.

Will you be taking Ayushmann along?

Ek trip toh solo karna chahiye [One should travel alone once]. I have no intention of taking him along. He has done his part as the producer (laughs).

Is it easy for an author to turn to direction? Or did it need some cajoling?

I have been a lost soul for long. I have done too many things in my career. I have enjoyed every stage of my life, whether it was working for a company or working for a radio station. The only thing that was consistent for me was writing. I had no film connection apart from Ayushmann, who became an actor later. I always thought that writing, film-making, theatre can be side jobs, never a career. So, I was always into something else till the time I started to think am I a non-committal person. I am committed in my relationships, so I didn’t know what was wrong with me. Then came a true calling that I didn’t want to do anything but write.

When I narrated the script to Ayushmann, he liked it, but I still didn’t agree because he was someone close, so that wasn’t much of a validation. But when an outsider appreciates your work, it hits you. Casting director and producer Mukesh Chhabra really liked the script and that’s how I decided to take it head-on.

As far as writing is concerned, I can’t speak for others, but when I write I like to visualize. When [the film] went on the floors, I was jittery as I didn’t know whether I would be able to do justice to the role of director. But once I was on the sets, I knew what I wanted, what these two girls were going to do. I think this was, in a way, an extension of my writing, because I always visualized while I wrote.

Ayushmann had a bright start to his career with Vicky Donor (2012). Then there was a period of struggle till he redeemed himself with Dum Lagake Haisha (2015). Ayushmann didn’t shy away from admitting that he was, perhaps, one failure away from being gone. Can you tell us how that period was for him? 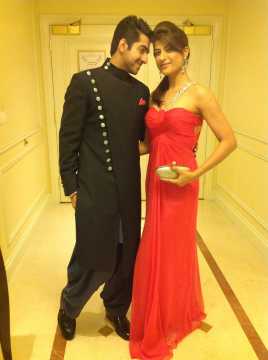 Honestly, Ayushmann is the kind of person who is not affected by success or failure. He is very balanced. It was not like we were in depression. Now that his films have done well, we are not flying in the air. We try to maintain our sanity.

Having said that, it was a tough period, but both of us knew he was going to work in films. There is always spring after winter. We believe that if there is an obstacle in your way, then there is something bigger waiting for you.

Finally, Ayushmann writes a column, and we have seen him play a writer in a couple of films. Was there a writer/poet in him in college too?

Yes, always. In fact, you see his blogs, he has written some poems in Hindi. His articles are in English, his poems are in Hindi. At the moment he doesn’t get much time, but I hope he takes time out to write poems, because I believe that is a beautiful aspect to him.