An accidental actor, Ashok Kumar went on to become the first big star of Hindi cinema. On his 106th birth anniversary, we look at 12 unmissable films featuring the great actor.

It was Devika Rani, queen of Bombay Talkies, who spotted Kumudlal Ganguly working as a laboratory assistant in the studio and asked him to become an actor to spite her husband, Bombay Talkies boss Himanshu Rai. Even director Franz Osten was not too keen on casting the young man, saying he did not have 'the looks for an actor'. But Devika Rani was not one to be put off easily.

Over a span of 60 years, Kumudlal Ganguly aka Ashok Kumar went on to deliver characters that became textbook lessons for students of the craft of acting. From young dashing hero to the first anti-hero in Hindi cinema, and, later, villain and ageing stalwarts, the great Dadamoni (an honorific meaning gem of an elder brother, which later became his calling card in the industry) played them all, adapting and evolving with every passing period.

He arrived in Hindi cinema at around the same time as the legendary actor-singer KL Saigal, saw the rise of Dilip Kumar, Raj Kapoor and Dev Anand, acted alongside Rajesh Khanna and even witnessed the success of Amitabh Bachchan.

On his 106th birth anniversary, we look at a dozen roles that proved his versatility, talent, and mastery of the craft. 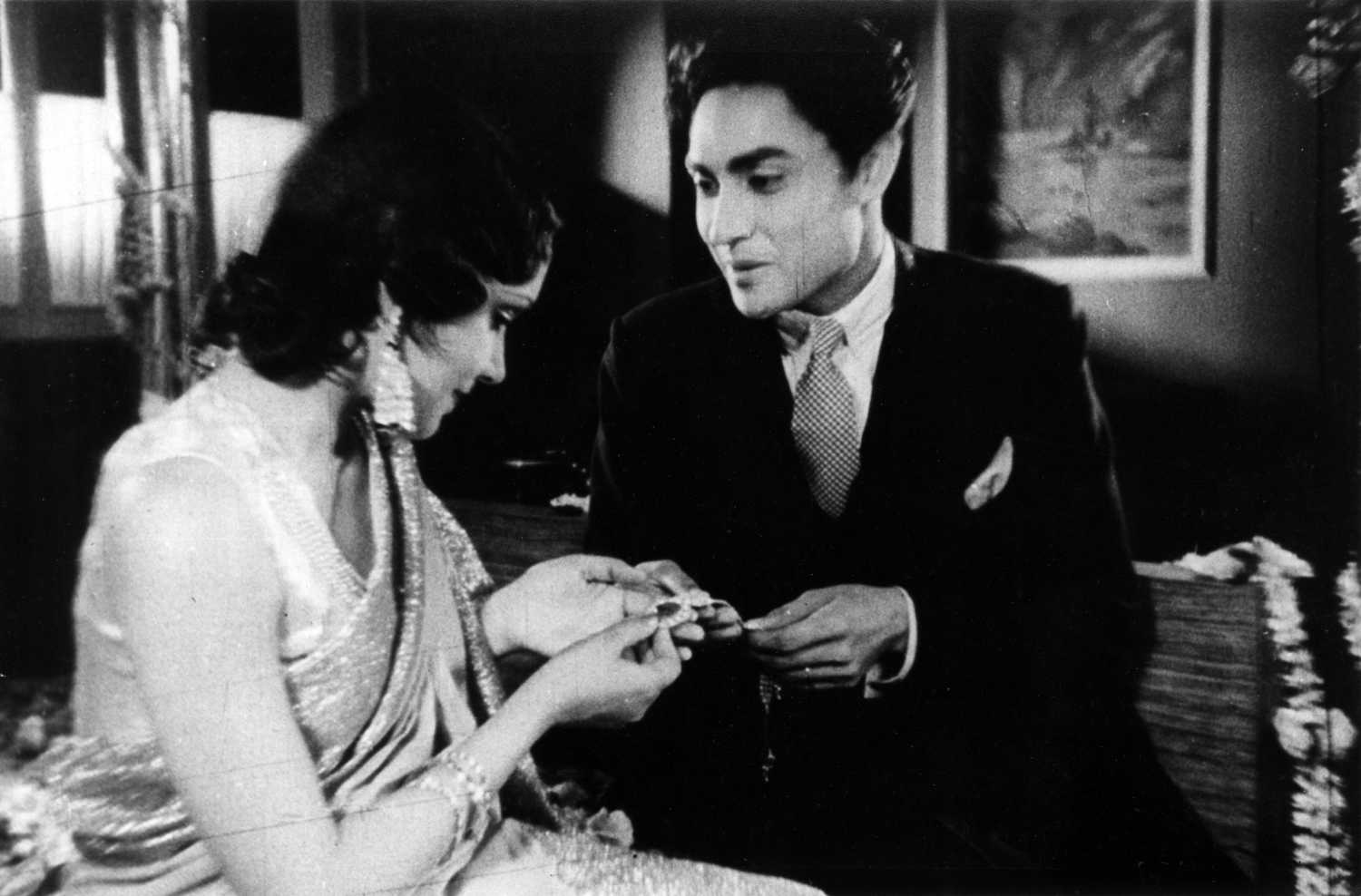 By the time Kismet arrived, Ashok Kumar was already a bona fide star with films like Achhut Kanya (1936) and Vachan (1938). But it was Kismet that cemented his name in the history of Indian cinema. Playing a thief and a cad, Ashok Kumar brought a roguish charm that had never before been seen on the Indian screen.

Mahal, which is still considered one of the finest examples of noir and gothic filmmaking in Indian cinema, was another landmark for Ashok Kumar. He played Hari Shankar, a young man who comes to live in a newly bought palace only to discover its haunted past. With a subtle, understated perofrmance, Ashok Kumar managed to bring gravitas to an already dark and sombre film.

One of the many things the film is still remembered for is Lata Mangeshkar's breakthrough with the 'Aayega Aanewala' song.

Directed by Shakti Samanta, this gorgeous noir mystery was one of the iconic films of the 1950s. Playing a businessman on the trail of his brother's killers, Ashok Kumar carried the film with his charm, style and dialogue delivery.

With the support of the beautiful Madhubala and the iconic soundtrack by OP Nayyar, the film remains an evergreen classic.

While it was Kishore Kumar who stole the show in this comic caper, the film is memorable for being one that featured all three Ganguly brothers — Ashok Kumar, Kishore Kumar and Anoop Kumar. Playing the strict, disciplined elder brother, Ashok Kumar was the pillar of sanity in this madcap entertainer.

Incidentally, contrary to popular perception and his public image, Ashok Kumar was quite the prankster in real life.

Satyen Bose: From a laugh-riot to a tearjerker

By the early 1960s, Ashok Kumar had seamlessly shifted gears and started playing senior characters in films. This performance stands out for the complexity of the plot and the generous chivalry with which Ashok Kumar portrayed his character on screen. Directed by BR Chopra, the film was lauded for bold subject, the music by composer Ravi, and the lyrics by Sahir Ludhianvi. It won the Certificate of Merit for Third Best Hindi Feature Film in 1963 from the government of India.

There are actors and then there is Ashok Kumar. In an age when all except those tagged as villains would shy away from playing negative characters, the veteran took on the role of the scheming jewel thief in this classic. The film proved to be a blockbuster with its popular songs, mysterious plot, and the surprise revelation at the end.

Ashok Kumar gave testimony to his great reserve of talent in this Hrishikesh Mukherjee film. As the kind, loving Jogi Thakur who sacrifices everything for his little girl, he delivered an emotional performance without slipping into melodrama. The role won him the Filmfare award for Best Actor as well as the National award for Best Actor in 1969.

The film is also known for the famous 'rap' number, one of the first of its kind to be used in Hindi cinema. It was sung by Ashok Kumar himself. For a generation that has watched actors sing on auto-tune, this is a lesson in dedication and talent.

As times changed, Ashok Kumar donned more colourful and entertaining roles that endeared him to fans. Colonel Julius Nagendranath Wilfred Singh was one such character that brightened up Basu Chatterjee's film. As the 'love doctor' who fixes Amol Palekar's love life, the veteran was in fine form with his wry sense of humour.

In Khatta Meetha, the veteran took on the role of a widowed Parsi family patriarch who re-enters wedlock in the evening of his life. The veteran made for a compelling father who has so far sacrificed everything for his children but wants to sit back and relax in his post-retirement phase. The film remains a much-loved classic comedy for its very middle-class, slice-of-life portrayal of quirky Parsi families.

By the 1980s, the veteran had slowed down but was still picking out roles that made a difference in films. In Khubsoorat, which saw Rekha at her prime, the veteran managed to steal the scene as the 'boyfriend' of a mercurial young girl in direct conflict with a stern matriarch (Dina Pathak). To watch the natural grace of the actor years later is a lesson in the craft of acting.

The mark of a true actor is to pick characters that are very different from his real nature. In Shaukeen, Ashok Kumar, over 70 by then, played an old man lusting for a renewed love for life, along with his friends played by Utpal Dutt and AK Hangal. This version of the lecherous, flirty Ashok Kumar was one that few fans had seen but loved nevertheless. 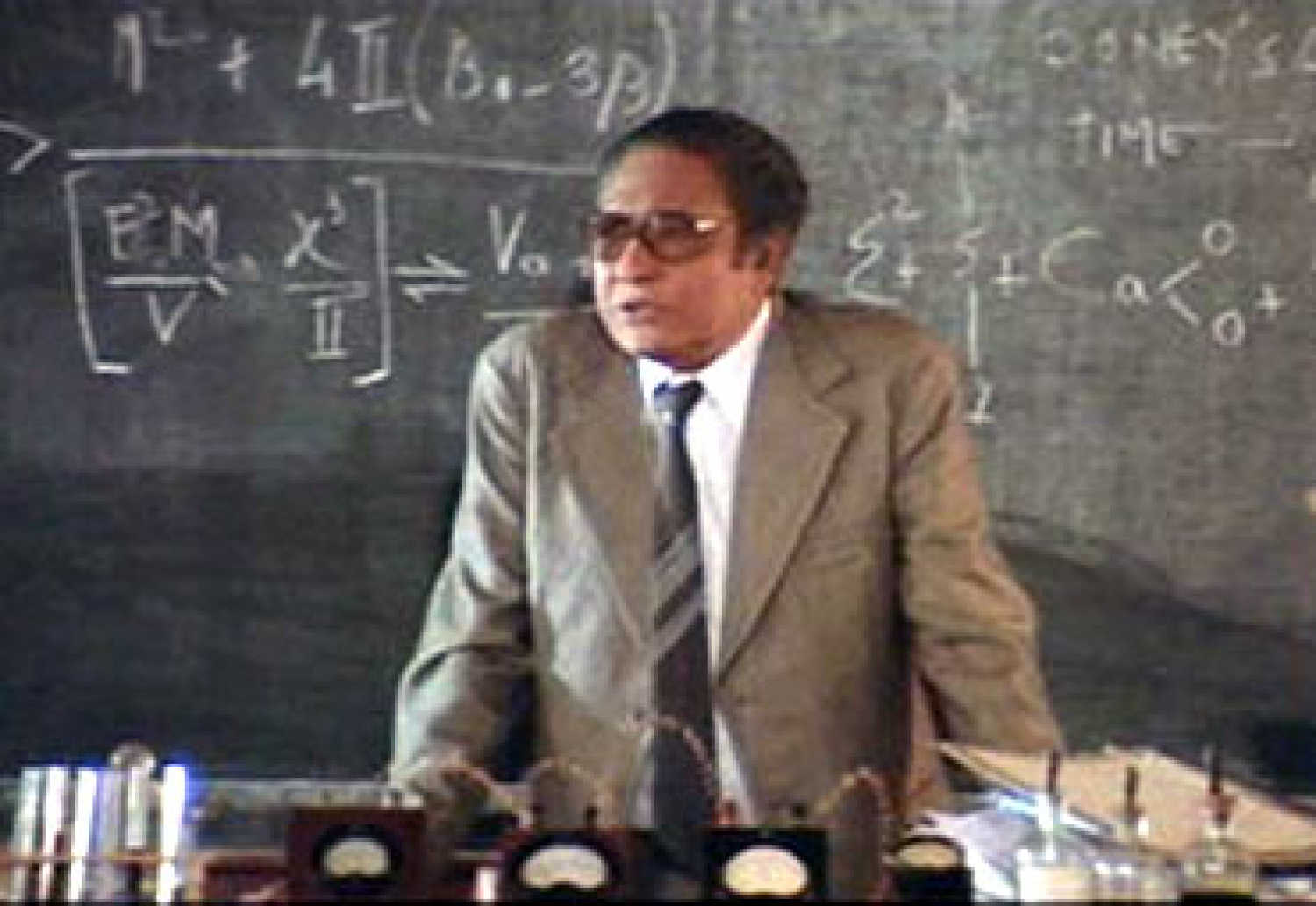 One of Ashok Kumar's last major roles was in one of India's most iconic science fiction films, Mr India. Playing Mr Sinha, the scientist who gives Arun (Anil Kapoor) access to superpowers, the veteran was graceful in the few minutes he appeared on screen. After all, if you had to find a gentleman to mentor a superhero, a la Uncle Ben, in Indian cinema, you would not find anyone better than Ashok Kumar.