Rohit Shetty: Can't cheat your audience because you have a great title and people love you


In an interview with Cinestaan.com, director Rohit Shetty talks about revisiting the Golmaal franchise, what went wrong with Dilwale and the challenges of making a commercial pot-boiler.

While his last film Dilwale (2015) was a disappointment, Shetty is excited to bounce back with the fourth film in his successful comedy franchise, Golmaal. Shetty was quite upbeat and positive about Golmaal Again's box office prospects, when we met him. “This kind of a feeling I had when I made Golmaal 3, Chennai Express and Singham. Sometimes you feel satisfied. I think it has fallen right and people will like it. Now, how much they will actually like it or love it, I don’t know. But I feel like whatever they are expecting from a Golmaal it's there for them, and in a very nice way this time,” says Shetty.

In an interview with Cinestaan.com, the director of several big hits spoke about the learnings from the sole unsuccessful film of his career, Dilwale, challenges of making commercial multi-starrer franchise films like Golmaal Again and why Parineeti Chopra was cast opposite a much older Ajay Devgn in the comedy.

Here are the excerpts.

It’s been seven years since Golmaal 3. How did you lock the script of Golmaal Again and why did you decide to come back to the franchise?

When we were planning Golmaal 3, we tried to crack the horror element, but it didn’t work out. Then we were making... I have made so many films, I have forgotten which film I made next.... haan Singham, and after that we made Chennai Express. Then when we were making Singham Returns, we again started working on this script and then we cracked the story. By the time we started shooting, it had already been two-and-a-half years (since the script was ready). We had a draft and we always knew that whenever we make the fourth part it would be a horror comedy. 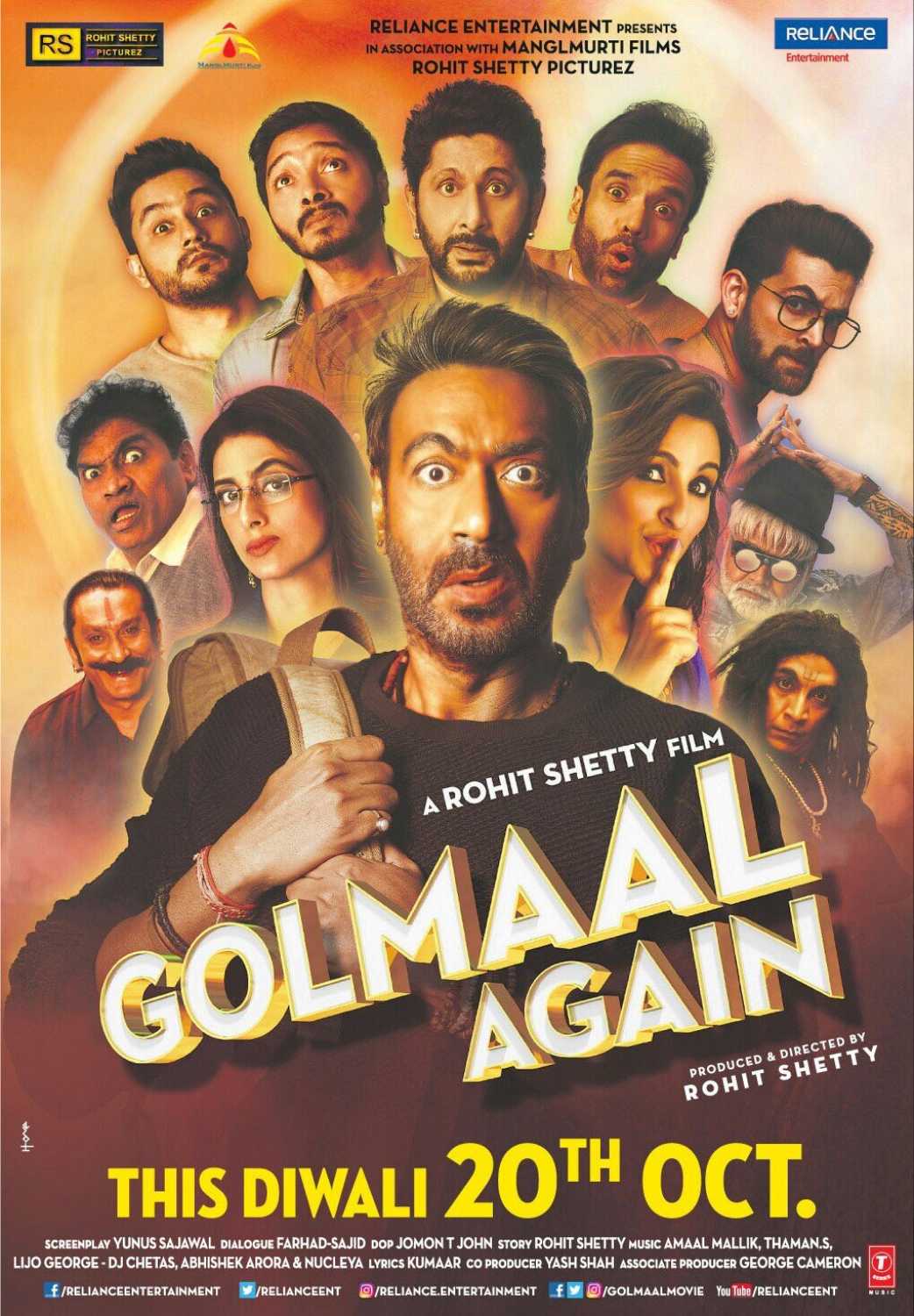 How do you balance keeping the quintessential Golmaal franchise elements and trying to bring something new for the audience?

If people have loved three parts, you can’t take them for granted. All you can do is try something new and I think people are liking the promos so far and I think it's because of the horror element. If it was just another run-of-the-mill comedy or a situational comedy it would have still got attention, but I think it is more so because of the horror element. You can’t just cheat your audience because you have a great title and people love you. You can’t just make anything (meaningless) out of it.

In your films, while all the heroes remain the same, the heroine keeps changing. In Golmaal Again you have Parineeti Chopra opposite a much older actor, Ajay Devgn. Why is that?

I wasn’t going to tell anyone the reason so far, but I will tell you half of the reason why. Just imagine Arshad Warsi saying the father figure dialogue from the promo, 'figure uske paas hai aur father tu hai'. How would that dialogue be effective if it would have been with a girl who has worked with Ajay... like say of Kareena’s level. It would look fake. You need a girl who is younger. When you see the whole track you will realise.

Did you bring this age-difference aspect in after you cast Parineeti Chopra?

No, it’s in the subject itself. The subject is such that you need that age difference, and what happens in the end is more hilarious. At the time of the casting a lot of people were asking, but at that time I couldn’t explain it. So I thought promo mein adha bata doonga, and in the film you’ll come to know the whole thing.

The other actress in the film is Tabu, who is doing a comedy film after a long time...

Tabu is not doing slapstick comedy. She is not in the zone of Ajay, Arshad, Tusshar and others. She is a different zone. I think she is the anchor of the film. And her character has come out really well.

How do you make sure that when there are so many characters in a comedy, it doesn’t get too messy and yet every character gets its own space?

It’s a lot of hard work handling so many people. Technically, I will tell you it’s not just about the 18 characters. It’s about 18 actors coming on set, standing on their mark with their 18 make-up men, 18 hair-dressers, 18 spotboys with umbrella in their hands. Handling them is fine. So we meet for readings... the whole cast... in this place and my writers enact the whole scene as if you are seeing a play. Then I have ADs (assistant directors) and actors, every night when we pack up, we do the next day’s rehearsal. So when the actors come on the set they see the whole scene and everyone is clear. Then we start rolling.

Golmaal Again looks super bright, all the colours. You seem to have used too many colour filters or colour correction in post-production.

There are no filters (at shooting stage). It's all planning. The whole film took one year to get done. The shooting took us only five months. There are a lot of graphics in the film, when you see the texture of the film. Not many people make these colourful entertainers these days. Perhaps just David Dhawan and me. Also, a big entertainer hasn’t been shot in a hill station like Ooty in a long time. We wanted to create that Walt Disney feel. I won’t say we have exactly recreated that but we have tried to bring that experience to the audience.

There are many quintessential Rohit Shetty elements in all your films, whether it's the cars or over-the-top action sequences. You seem to be quite self-referential, poking fun at your own self even in this movie?

I am proud of it. Why should I be ashamed of it? People are liking it. There is a lot of hard work that goes into it. Not only me, but my whole team works 17-18 hours. A commercial film is not easy. The sad part is that it's always looked down upon, but it's very difficult to make commercial entertainers. Imagine shooting the title song. There are 5,000 people to handle there. Every shot used to take us half a day sometimes.

Have you learned something from the failure of Dilwale and has that changed anything about your process as a director? 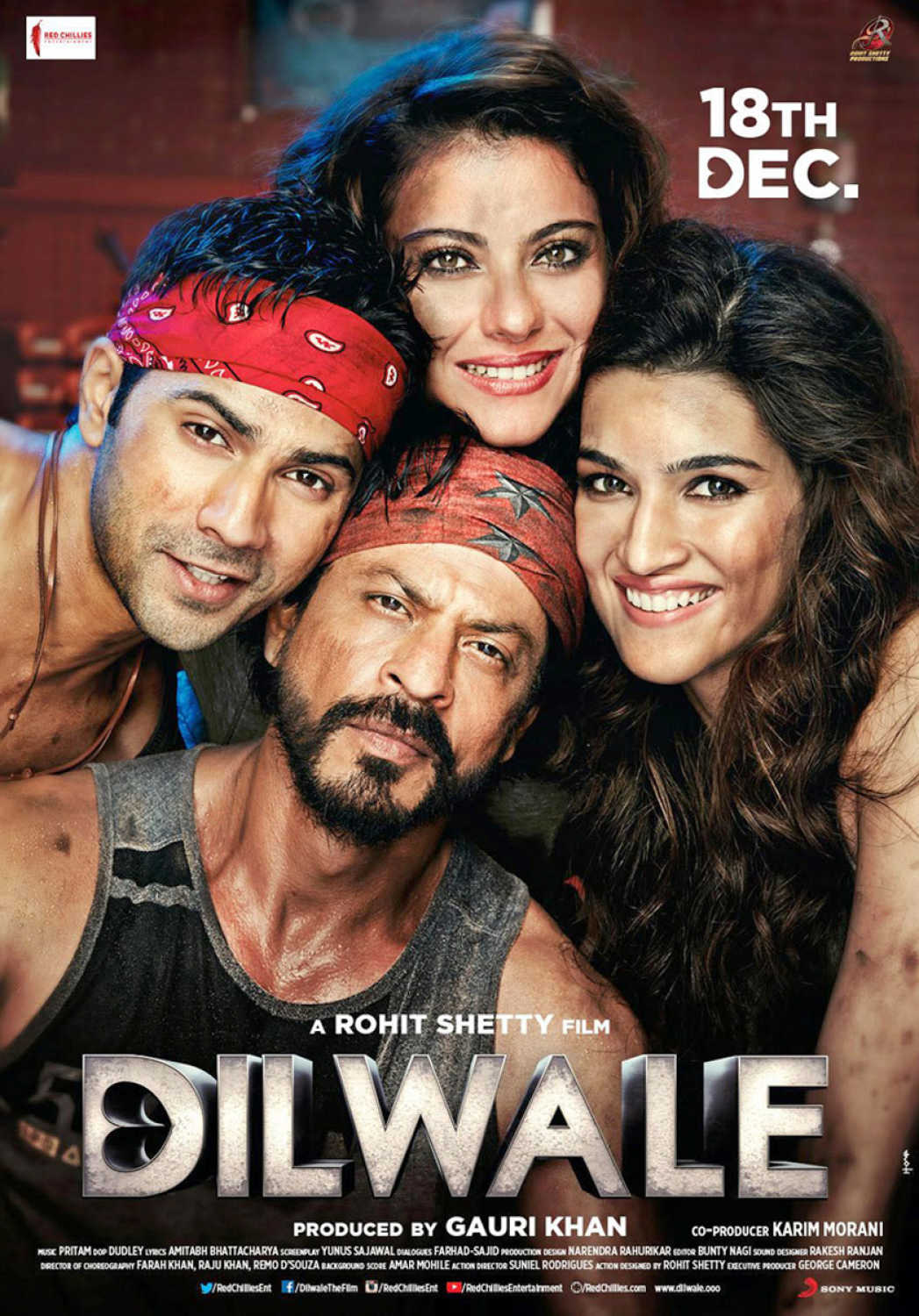 Dilwale did not work because it was an average script. We completely changed the original script. And that is the one mistake we would have never done in our life. That is the only time me and my team made that mistake. We tried to cater to the romantic track. It is a typical Rohit Shetty film. I mean we changed it; nobody told us. So that misfired. But it happens, it's okay. My mother says teri nazar utar gayi. Thodi mehengi utari (it turned out to be expensive one).

Would you attempt to make a film based on the original Dilwale script?

After 15 years. I’ll make it quietly after 15 years. If I narrate the script to you right now, you will be in splits. Anyway, it is our fault. No one told me, Shah Rukh or anybody else. So there is no such controversy. Me and my team thought, 'damn we’ve got Kajol and Shah Rukh, we should do something more'. Originally, the character (Kajol) has two scenes in the first half. It was his past. They were race drivers, they were transporters — the girl and the boy. And they had a past, a flashback of like two scenes and then she comes back in the second half. It was all about the three guys — Varun Sharma’s character, Varun Dhawan and Shah Rukh. We changed it and all that mess happened.

Do you think the idea of a typical Rohit Shetty film traps you and stops you from exploring new things?

I am happy in my space. Just because they are all entertainers, people think they are all the same genre. Like Golmaal and Singham are not the same genre. I don’t see it like that. The presentation or the characterisation is different. If I am doing just Golmaal then it becomes like I am trapped.

Guess this happens because people think of Rohit Shetty as a genre in itself. Yes, Singham, Chennai Express or Golmaal are not in the same genre, but because you are making them and the way you make them, they become Rohit Shetty films.