Here is why Vidya Balan turned down the Sadma remake


The Tumhari Sullu (2017) actress says one should not tamper with timeless films.

Over the years, Hindi cinema has developed a taste for remaking classic and popular films. Not all these efforts work, but that does not stop filmmakers from trying their hand at the same activity. However, not all artistes are in favour of remakes. Vidya Balan is one of them.

Speaking to reporters on the sidelines of the Mumbai Film Festival, Vidya revealed that she had turned down an offer to star in the remake of Sadma (1983).

“I would not do it [remake a film]," she said. "I can't dare to make or do something again. I was offered the Sadma remake and I said no," Vidya told the Press Trust of India news agency. 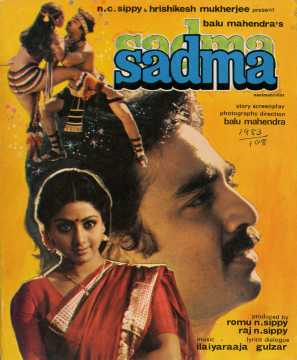 Vidya had strong reasons to reject the offer. “I feel one should not touch a film like Sadma," she said. "Why tamper with it? These are timeless films. One can reinterpret it, but I am not one of those who would go for it."

Directed by Balu Mahendra, Sadma (1983) was a remake of Balu's own Tamil blockbuster Moondram Pirai (1982). Sridevi and Kamal Haasan played the leading roles.

Vidya will next be seen in Tuhmari Sullu, which is scheduled to be released on 17 November.