I am not apologetic about my age: Vidya Balan


Vidya, in an interview with IANS, speaks about her life, family and the upcoming film Tumhari Sulu.

Source; Shutterbugs Images
give your opinion

From playing a sari-clad lady in her debut film Parineeta (2005) to playing mother to Amitabh Bachchan in Paa (2009) — National Award winning actress Vidya Balan has taken on myriad roles, all in just 12 years of her Hindi film career. Now geared to be seen as a full-of-life housewife in Tumhari Sulu, she says she is unapologetic about her age and happy that she never tried to "act" like a teenager on screen.

"I came into the film industry as a woman at the age of 26. Now I am a happy 38-year-old lady. I have been married for five years. I am not apologetic about my age and I know there will always be some work for me in whichever age I am. I have never tried to act like a teenager, but you know what, it was never a conscious decision," Vidya told IANS in an interview.

Hasn't she missed out on playing the roles a quintessential Hindi film heroine is known for?

"The role of a teenager and dancing around the trees never excites me... They never did. What excites me is how I can experiment with roles and characters being in my age. Perhaps, that also makes writer like Suresh Triveni to write a character like Sulu and approach me for the film," Vidya said. 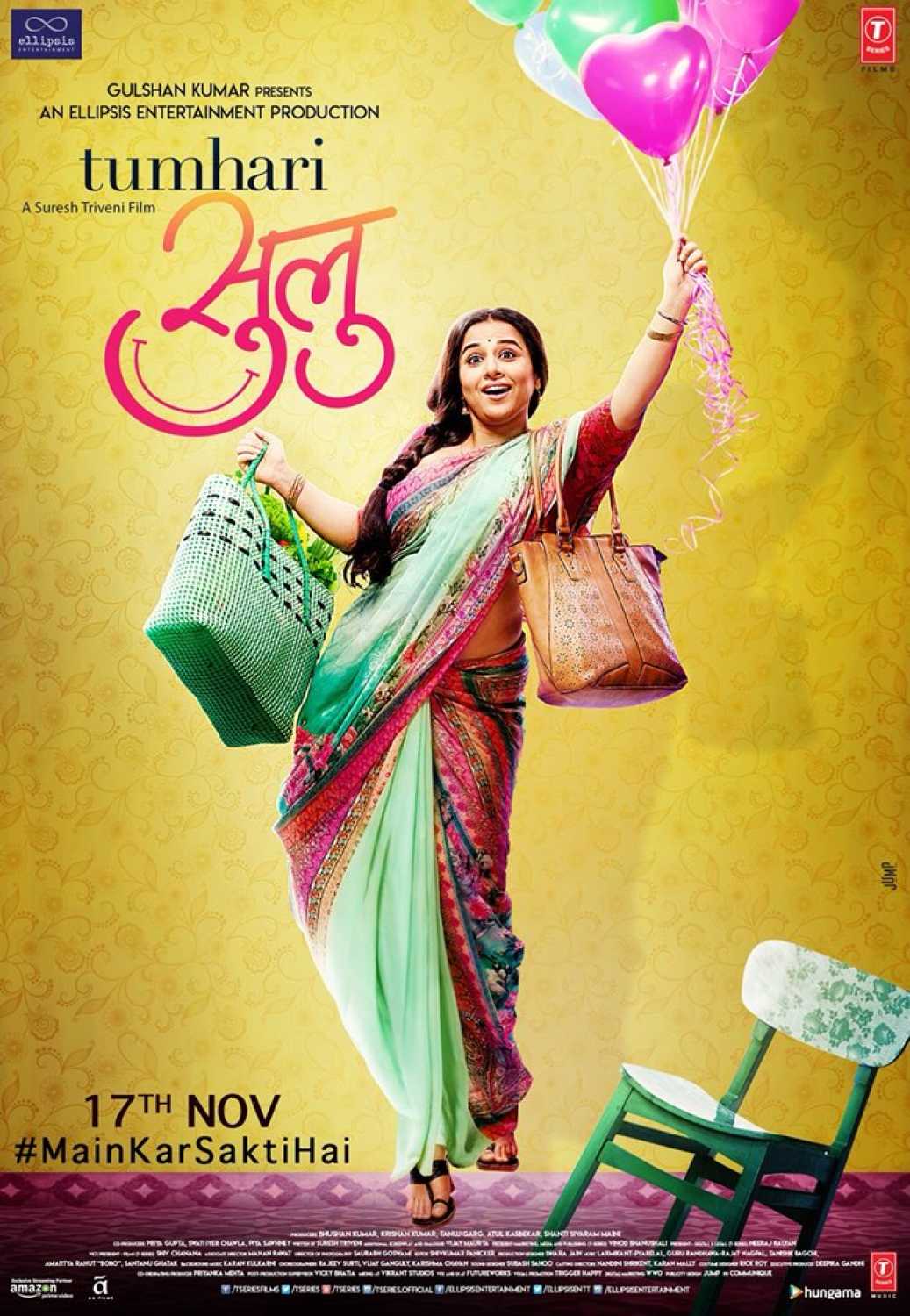 Vidya Balan: Women never had the courage to talk about sexual harassment

But isn't choosing certain kinds of films limiting her talent? Or is that giving her more room for experimentation?

"I am experimenting in my way. In a year, I have three films and each character is different from one another. Last November, I had a Kahaani 2, in March this year I had Begum Jaan and now Tumhari Sulu is coming. So yes, I am doing enough experimentation as a performer."

Tumari Sulu, releasing on 17 November, revolves around a middle-aged ordinary housewife Sulochona a.k.a. Sulu who is a happy-go-lucky person with an extraordinary calibre.

There are characteristics of Sulu that Vidya likes.

"I love how easily she can laugh, how enthusiastic she is. Though she is a homemaker, she is always looking for something more from life. She has a list of hobbies and she always wants to try every opportunity that is coming her way. In fact, that is how she lands up in a radio station and gets a job as a radio jockey."

What are Vidya's own hobbies?

"No, I do not have many hobbies. When I am not shooting, I am at home. I love cleaning my house... I have OCD (Obsessive-Compulsive Disorder). I also enjoy reading books, watching films. Though it has been quite some time since I have read a book, because since the last two years, I was so busy shooting these three films, I did not get time. Otherwise, I chill at home. I love spending time with family, going out for a long drive... I love all that," added the actress, who is married to producer Siddharth Roy Kapur.

Born and brought up in a middle-class South Indian family in Mumbai, Vidya has grown up with traditional values and a very progressive mindset.

"You know, I am the first Palakkad Iyer girl to join Hindi films as an actress... As a community, we are very traditionalist. Our focus is always on studies, classical dance and music. Acting is never taken as a profession there. But I am blessed to be born in a family where my parents gave me and my sister, wings to fly. Of course, we sisters are born and brought up in Mumbai, but our upbringing is very different. We are emotionally safe and secure. My parents told me to do everything to the best of our ability without thinking too much about the result. We are taught that the result is not in our hands, but efforts are, so always put your best effort," she added.