Sanjeev Kumar: The actor without a fixed image


On his 32nd death anniversary today (6 November), we take a look at the actor whose ability to mould into any role helped him to be remembered as one without a character label.

Actor Sanjeev Kumar, born as Harihar Jethalal Jariwala, came to Hindi cinema after a strong successful stint on stage, which began with his native Gujarati theatre and flourished with his association with Indian People’s Theatre Association (IPTA) and the Indian National Theatre. He was a part of such powerful productions as Arthur Miller’s All My Sons, where he played father to AK Hangal, 24 years his senior.

After a brief appearance in Hum Hindustani (1965), he joined Hindi cinema as a hero with Aspi Irani’s Nishan (1965). This film lead to a supporting role alongside Dilip Kumar in Sunghursh (1968) where he stood his own against the lauded thespian. Hereafter, there was no looking back. 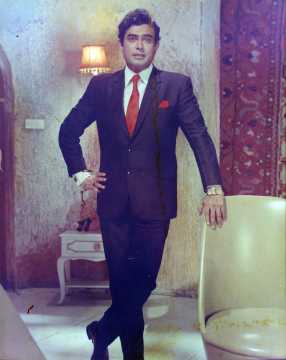 With each role, Sanjeev Kumar sought out nuance and authenticity, and within a few years he won the National Award for his performance as a newly wed in Rajinder Singh Bedi’s directorial debut Dastak (1970). His reputation as someone who could easily adapt into different characters grew. Directors like Hrishikesh Mukherjee, Gulzar and Satyajit Ray sought him out when they wanted an actor with distinction. Therefore, he could straddle both film worlds, commercial with the likes of Seeta Aur Geeta (1972) and ‘art films’ like Ray’s Shatranj Ke Khilari (1977).

Unlike his contemporaries like Dharmendra and Amitabh Bachchan, he was not bogged down with a macho image or given the informal title of ‘Angry Young Man’. In an article in Filmfare, film critic Farhana Farhook writes, “Where some relied on their machismo, some on their gymnastic leaps and some on their deep baritone, Sanjeev deployed his disarming smile and courted the screen goddesses with his voice inflexions. After that, his potbelly remained of little consequence.” 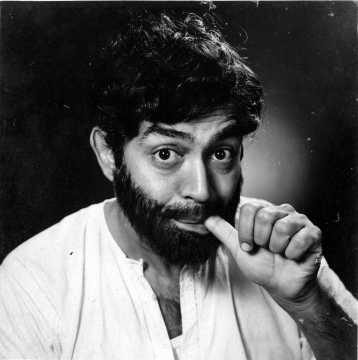 Fond of the good life, he neglected his appearance and could often be found attired in a simple kurta and pyjama. But onscreen, his acting reputation remained the same. He could play father to an actor like Amitabh Bachchan in Trishul (1978) and could be seen contending for the leading lady against Bachchan in Silsila (1981). Kumar had no qualms about the kind of roles he was playing.

Photojournalist Pradeep Chandra recently told Cinestaan.com, “[Sanjeev Kumar] could slip into any role, more like a character actor I would say. He didn’t have a fixed image, but he was a very good actor and good human being as well. If you see Sholay (1975), Sanjeev Kumar could be the hero of the film or he could be one of the characters.”

Filmmaker and critic Khalid Mohamed wrote in an article that he believes, if alive, Kumar would still be making his presence felt in cinema. He stated, “Be it the high-decibel dramas, romances or comedies, he would be the prime choice for roles of maturity and in-depth immersiveness. A can-do-it-all, he has been belatedly acknowledged as an actor endowed with that rare quality of 'greatness'.”

Kumar's contemporaries, like Bachchan and Rishi Kapoor, have gotten a second wind in their careers with the kinds of roles they are being offered now.

Author Ashok Raj, in the book Hero Vol. 1, explained why Kumar managed to endear himself to the Indian audience. He wrote, “His style was unassuming and had a spontaneity and warmth reminiscent of Motilal, Ashok Kumar and Balraj Sahni.” All the heroes mentioned by the author had enjoyed long careers, both as leading men and later as character actors.

Furthermore, Ashok Raj declared that “Sanjeev Kumar was the first to challenge the typical hero-centred basis of Hindi cinema and introduce a definite qualitative improvement in characterizations. Secondly, [he] represented, in emotionally charged roles, an innate strength of the Indian personality – outwardly vulnerable, yet inwardly strong enough to face the harsh realities of life.”

Kumar's untimely death at the age of 47 has left behind a void that can never be filled.