Would have finished Aasra earlier had I known before: Director Ranjeet Jha on Tom Alter’s illness, passing


Alter, who passed away in September this year, acted in his last short film Aasra directed by Jha. Alter never saw the film.

Tom Alter in Aasra
give your opinion

When legendary actor Tom Alter passed away on 29 September this year, film enthusiasts were left grieving the death of talent. It came as a shock that Alter was suffering from skin cancer since 2016.

He worked till his final moments, shooting his last short film Aasra in May 2017. “Tom Alter never told anyone about his illness. If I had known before, I would have finished Aasra earlier,” director Ranjeet Jha said.

In an interview with Cinestaan.com, Jha remembers the times he spent with Alter on the set and otherwise. Aasra was screened at the 48th International Film Festival of India in Panaji, Goa this year.

To have Tom Alter in your very first directorial is quite the feat. Tell us about your work before Aasra.

Aasra is my first short film. I was an editor before, I’ve worked in ad-films production and have been working with Nagesh Kukunoor since Lakshmi (2014). I also assisted him on Dhanak (2016) and Maya [currently in post-production].

I also worked with the Satyamev Jayate team, which is an Aamir Khan production. I’ve been in the film industry for 5-6 years now, before which I was a banker. But that’s a different story.

Tell us the story of the switch then.

I always wanted to be a filmmaker. But I didn’t have the guts. Finally I chose to just go for it.

How did you manage to get Tom Alter for Aasra?

It’s a long story. I was associated with a theatre group. I had three friends and we used to ideate a lot, but never write anything. This concept came out of ideation. All three of us decided on Tom Alter and this was six years ago. When I finally started thinking of making it, I thought Tom Alter would never do this film so I approached 2-3 other actors. But in that age group the problem was these actors were conditioned to act like on television which is loud acting. I wanted subtle acting as I’ve pitched my film on that level.

The biggest problem was Tom Alter did not use a cellphone. He has no social media footprint. He just had a landline phone. Luckily, I got in touch with his manager through other contacts. The manager gave me an appointment for 15 days later. It was very weird.

One the scheduled day, I met Tom Alter for half an hour and narrated the story. He loved it! We decided on the spot, and he gave me his dates. We didn’t talk about money or anything, he just liked the script.

What was the experience of shooting with an actor of the stature of Tom Alter?

It was not easy shooting with him. I feel directors have a big responsibility to maker actors look good, acting and otherwise. With a seasoned actor like Tom Alter, they always have an interpretation of a character, which may be different from what I had. So there were a lot of discussions, debates on the set. I learnt a lot, which is the enjoyable factor of movie-making. I would tell him what I was looking for, so it was fun.

Was he forthcoming with suggestions you made?

He used to ask me a lot of questions. Many a times a director doesn’t know why an actor asks about a particular thing. It helped as when he asked me questions, I was forced to think in that direction.

So you developed a certain relationship on the set...

Yes we did. I was shocked when I heard of his passing [Alter passed away on 29 September 2017]. He never saw the film. If I knew, I would have finished Aasra earlier. He was the kind of person who didn’t tell anyone.

We shot for 2 days, but I spent at least 15-20 days with him for discussions and meetings. But he never mentioned it [that he was suffering from skin cancer] even once. Jamie [son James Alter] just told me he had skin cancer from 2016.

Talking about that, while watching the film it felt like there should have been more...

Tom sir asked me why I wasn’t making this as a feature film. He asked in Hindi, because he used to hate people talking to him in English. When you look at him, automatically a person switches over to English. It just happens. He even got pissed off one or two times. He told me that for the last 40 years he was just convincing people that 'I am Indian and I know Hindi.'

He played Mirza Ghalib [in a play]. He was something else. Coming to the original question, the film had separate tracks because of the many other characters. I told him, ‘sir aap producer ban jao, main bana deta hu’ (Sir, you produce the film and I’ll direct a feature). 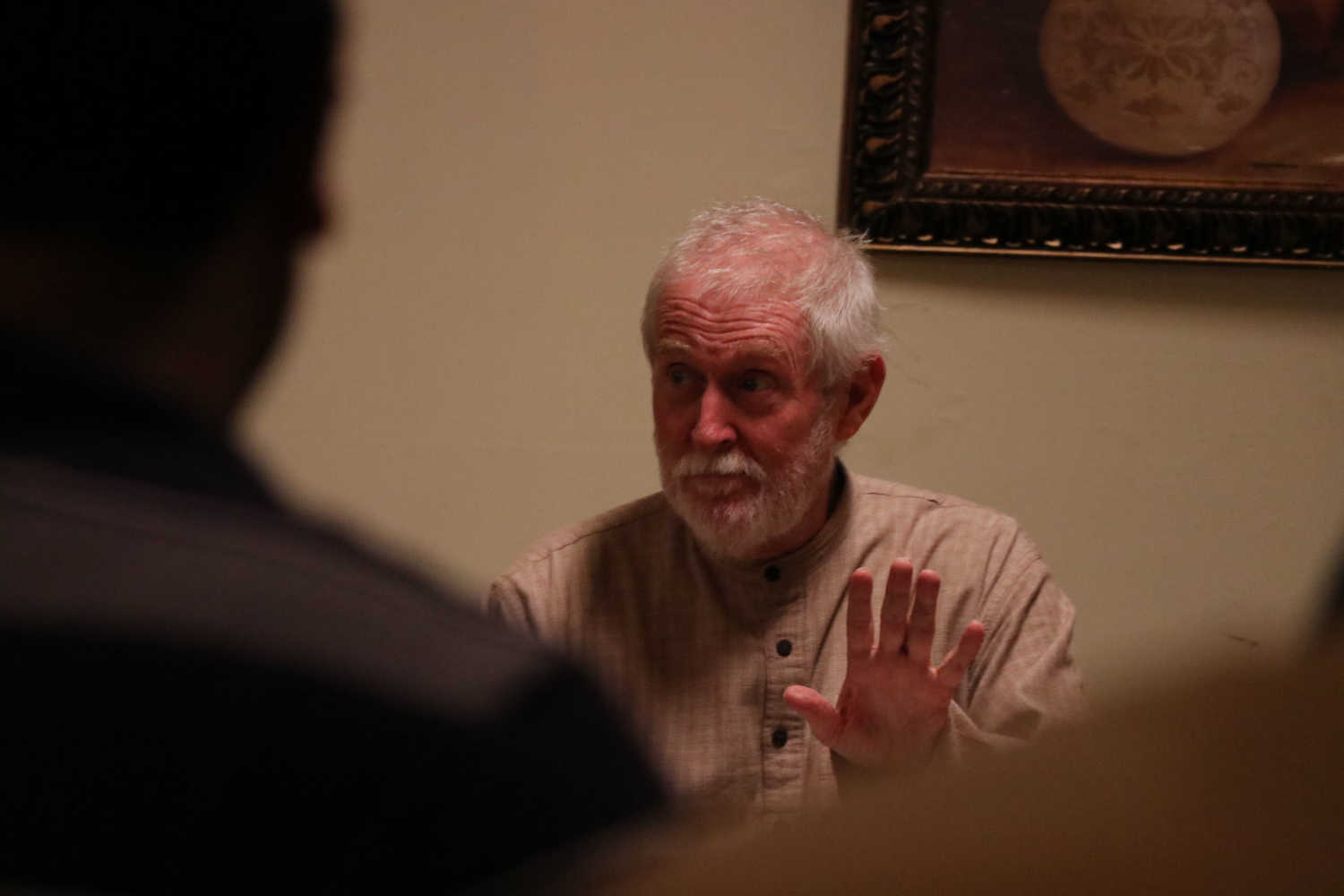 Do you plan to take Aasra to other film festivals?

Not really. Right now, I am getting calls for international film festivals. But I don’t know. I really don’t enjoy film festivals because it’s a limited crowd. I want my film to reach the maximum audience possible. I never made it with that intention, but if it happens, great.

The two things I was thinking while making Aasra were — the performances should be the way I want and that it should not look like a typical short film. I am happy on both counts.

How else do you intend to take it to more people?

There are a couple of Mumbai-based buyers interested in Aasra. I’ll just sell it eventually to be played on digital platforms.

Do you have any plans for feature filmmaking?

I have a couple of scripts that I am pitching currently. So let’s see. Nothing I can reveal right now.

The response at IFFI after the screening, which is my first time here, really motivated me. Everybody has a duality. Do I have a filmmaker in me? Everybody does! I left my banking career and I always wondered why I gave up a secure job and life. The response to Aasra is a kind of approval, I guess.