Cinestaan.com caught up with first-time director Talauliker, who spoke about his research, challenges and more, while making Konkani documentary Zuzari.

Zuzari (The Fighter) is a documentary in Konkani language which brings a piece of lost history to the big screen. Directed by Mandar Talauliker from Ponda in Goa, the documentary tracks freedom fighter Mohan Ranade’s fight during the Goa Liberation Movement and the injustice meted out to him after he was captured. Other freedom fighters interviewed in the film are Ramdas Chafadkar, Shambhu Palkar, Madhav Korde and Sharda Sawaikar.

The film was screened at the ongoing 48th International Film Festival of India (IFFI) 2017 in Panaji, Goa.

In an attack on a police chowky gone wrong, Ranade was captured, jailed and then taken to Portugal by sea. Here he was wrongly lodged in the Caxias prison for spent 13 years. The Mohan Ranade Liberation Committee was formed and had the likes of singer Lata Mangeshkar and writer PL Deshpande support the cause of his release from the Portugal jail.

“Once I got freedom, I couldn’t enjoy it,” Ranade says in the documentary as he narrates the tale of his dramatic release and return to India.

The film has many moments that stay with you. It is a fruit of passion that is educative, entertaining.

Cinestaan.com caught up with first-time director Mandar Talauliker, who spoke about his research, challenges and more, while making Zuzari. He has previously made documentaries, and short films for promotions. Zuzari is his first film to be released and exhibited.

Alia Bhatt: Lack of IQ has made me more famous than I could possibly have been

Why did you choose the documentary format for your first film?

The moment I read the freedom fighter’s autobiography, I knew it was a feature film. It just pulled me into it. At the same time, I knew that no one knows about me as I am not an established person nor do I have any connection or background in the film industry.

Before even trying my hand at a feature film, I thought this story needed to be told. People should know about this, they should see some of my skills before giving me a chance to do a feature film. This is why I chose to do a documentary film first.

Can you tell us more about the autobiography?

The autobiography called Satiche Vaan is written by freedom fighter Mohan Ranade. It is available in English, Marathi, Hindi, Konkani and Portuguese. I read in Konkani first, then in Marathi.

It’s important not to fashion a documentary like a history lesson. Zuzari is quite engaging that way.

That was my first concern. I knew I didn’t want to tell just the story of the freedom struggle. People in India are not used to watching documentaries, because they find it boring. Even for the IFFI catalogue, I just wanted to send out feelers of what it is without giving the actual story. Had I given the synopsis, the interest would have diminished.

Your narrative includes archival footage, interviews and dramatization to tell the story of the freedom fighters. Who did you depend on for your research?

The research came from the autobiography itself and from the people who were associated with the revolution. I read the book in 2012, but the actual filming started only in December 2015.

I had to speak to a lot of people. In between, I did all my research, met many people and approached some government institutions. The Azad Bhavan in Porvorim, Goa helped me with some material on the freedom fighters. Other than photographs, they didn’t have any printed material like journals.

The thing about the Goa Liberation Movement is that it has never been documented audio-visually. Books have been written, but audio-visually nothing had been done so far. 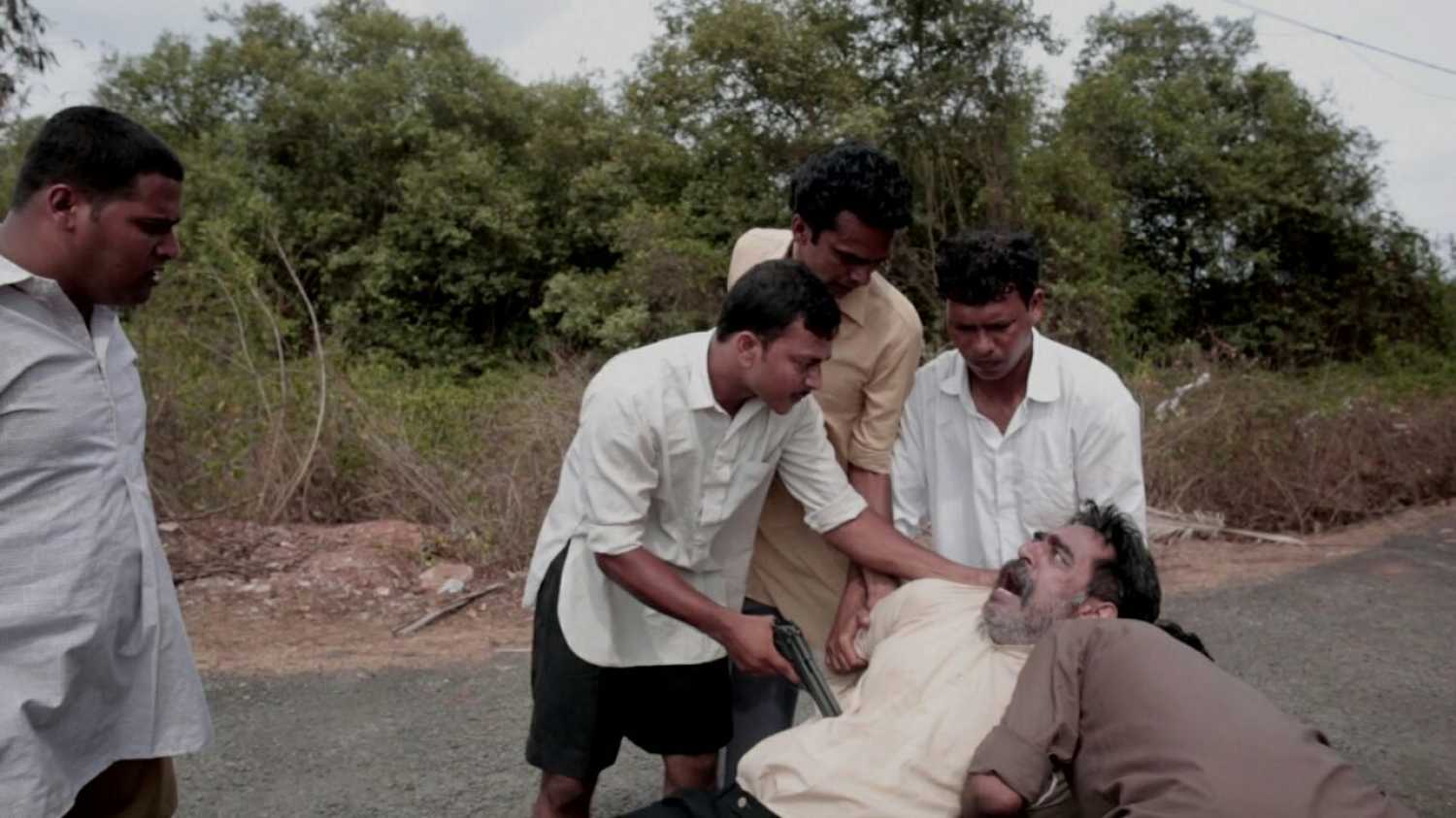 This means Zuzari would play an important role in educating the people of Goa on the liberation struggle...

Some efforts have been made to present the freedom movement, but they were not made with the intention of taking the story of the struggle to a larger audience. They were small, personal films made on small budgets. I don’t think anybody made efforts to promote it. They made them and kept them in their own archives. Nothing has come out of it.

Apart from Azad Bhavan, what other sources did you have to rely on for information?

Some people had personal collections. I got some information at the Goa Central Library and the Goa State Museum in Panaji.

Talk about the challenges you faced while representing this important piece of history on the screen.

If I have to sum up the challenges in a sentence, I’d say I have pushed an elephant in a rat hole. It was not fitting in within the budget, the cast, everything was absolutely challenging. A different era, no money, non-professional aspiring actors, the modification of Portuguese architecture made it difficult to find places to shoot. This project was a baptism by fire.

What kept you going?

I was very passionate, I had found this subject after a long time. What touched and inspired me was one person’s passion to liberate his state and his own dedication to sacrifice his life. Future generations would never know of this selfless act.

All these interviewees are septuagenarians, probably with failing health. How did you track them? Did you ever feel some of their information would need to be re-verified?

I asked many people, tracked these freedom fighters down. When I read the book, I thought these people would be deceased by now. I knew that Mohan Ranade was alive.

To my surprise, five people from the same group were still living. They meet socially sometimes, but they are not really in touch with each other. They were willing to talk about the time. The only problem was they had memory problems.

Shambhu Palkar couldn’t remember many things, but he still gave information. Many of those things were not accurate. Ranade and one more freedom fighter Shivling Bhosale are the only two alive from the those who carried out the Betim shootout. Sadly, Bhosale is suffering from Alzheimer's disease. They all are more than 85 years of age.

There is no ultimate truth as such. If somebody speaks, another will contradict. I interviewed those who were actually part of this movement, not just some historians. So you believe them if you want. I leave that to the audience. The fact remains that the man has suffered for 13 years.

Have they seen Zuzari? What are your plans to take it to more people?

I am curious to know what the people have to say. The response to the first show has been excellent. I want to test it outside Goa also. I’m planning to have a screening, may be for the media, along with some industry people, so I can know their response. Other than that I want to send it to different film festivals.