The cast and writer of the 1983 cult classic Jaane Bhi Do Yaaro met to speak about the late filmmaker, whom they remembered fondly with stories from their filming days.

The cult status of the 1983 film Jaane Bhi Do Yaaro has stood the test of time. The film’s director Kundan Shah passed away in October this year, and his friends and team members gathered at the 48th International Film Festival of India in Goa to pay him tribute. Jaane Bhi Do Yaaro was screened in the Homage/Tribute section of the late filmmaker who was also known for the popular television serial, Nukkad.

In attendance at the press conference were filmmaker Sudhir Mishra, artistes Satish Kaushik and Neena Gupta and writer-director Ranjit Kapoor who worked on the film and shared memorable anecdotes from their filming days, leaving the audience entertained.

As each of them spoke, the word ‘mad’ was used repeatedly to describe the eccentric filmmaker who passed away after a heart attack on 7 October.

“It’s strange that we are talking about Jaane Bhi Do Yaaro but Kundan is not here amongst us," said Mishra. "The movie was his crazy idea. Satish [Kaushik] and I were the babies of the film crew. Ranjit Kapoor was the legend. We were known as Ranjit Kapoor’s friends. He was a cult director of theatre before we even ventured into the medium. Kundan inspired us to do what we could in Jaane Bhi Do Yaaro when it was made. We found ourselves as creative individuals through Jaane Bhi Do Yaaro.”

When the conversation veered towards the possibility of a sequel, Mishra insisted there can be no Jaane Bhi Do Yaaro 2 without Shah. “Every film has an inspirer. Jaane Bhi Do Yaaro was his legacy. Without him there can’t be another. It has gone with him,” the director said. 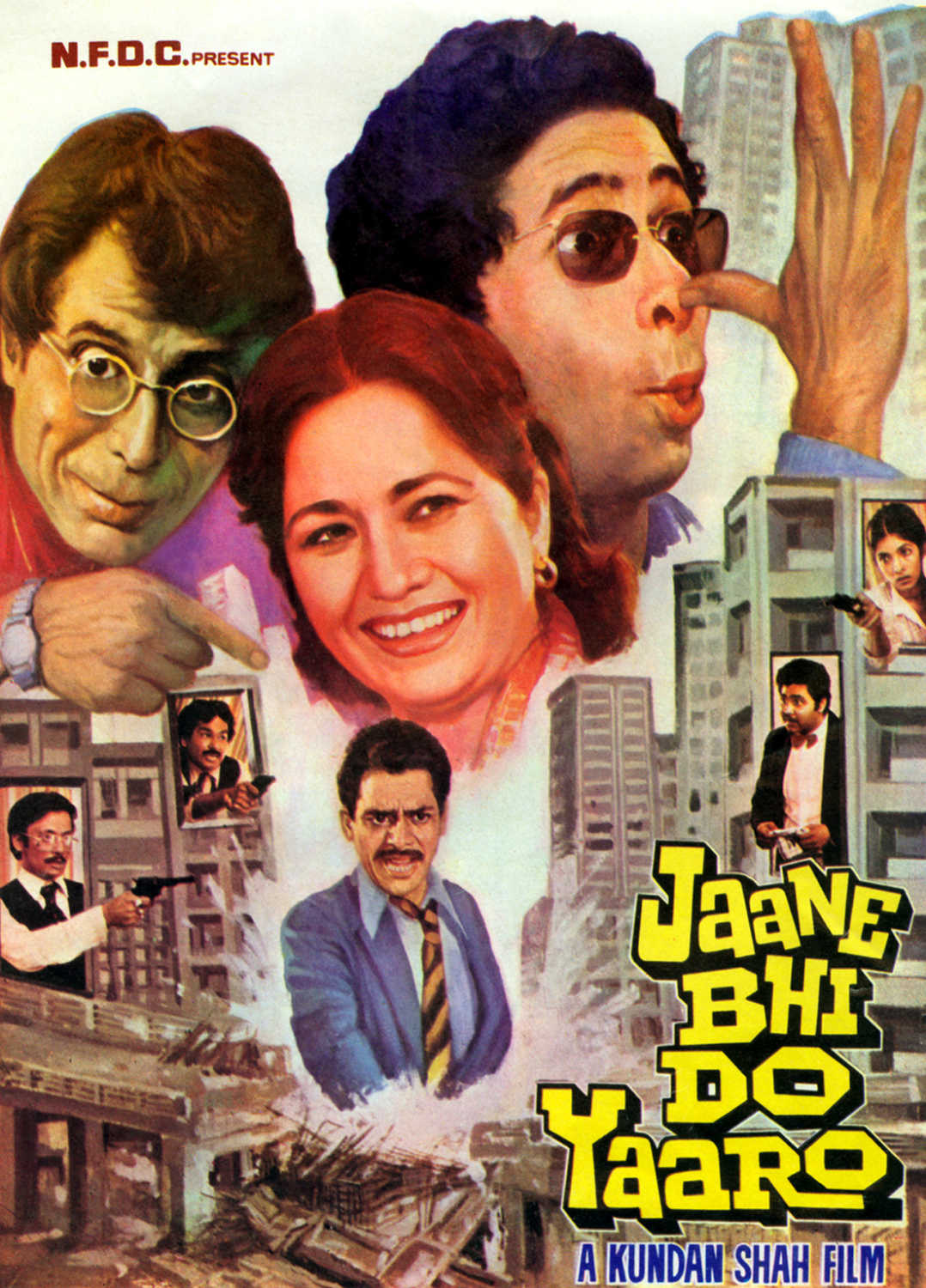 Mishra, Kaushik and Kapoor revealed that Jaane Bhi Do Yaaro  was initially called All Screwed Up and Kundan Shah was living in India on a British passport. His wife, they said, repeatedly threatened to take him back to England and make him find a stable job instead of making films.

“You have to understand the time," said Mishra. "We didn’t want to do commercial cinema, there were no ad films, nor was there television. Sometimes I’m scared as to why that little boy Sudhir Mishra went to Bombay in the first place. We all did.”

Remembering his time with Shah, Kaushik said, “It’s a special day because we are here to pay tribute to a passionate filmmaker. I knew him ever since I came to Mumbai in 1979 and then through the film institute [Film and Television Institute of India] days. He had a mind which was different from others. He was quirky, mad, and passionate about cinema."

The actor-filmmaker said Shah's cinema was "very polished" though he paid scant attention to his own look, dress and deportment. "When I was having a conversation with Ranjit Kapoor at his place, Kundan Shah was also there and that’s when I got the offer to be co-writer of the film," he said. "It was my good luck that I got the opportunity to work with him.”

Kaushik also recalled that he became a reluctant dialogue writer on JBDY despite not having written even a letter in his life until then!

Gupta remembered the time they shot in Aarey Colony one day and it was lunch break. “Kundan was standing and eating. People had just started getting their food, when he yelled, ‘break is over chalo chalo’. That was how much he was into filmmaking. This has become a fond memory for me now,” she said.

Kapoor said, “A few days ago we had given a tribute to the film at NFDC [National Film Development Corporation] in Mumbai and before that we did it for Om Puri as well. The tribute process for the movie will keep happening forever till the cast of Jaane Bhi Do Yaaro is alive. The movie was his directorial debut and mine as a writer and the association I share with Kundan is divine. He had a streak of madness in him.”