Mahaprayan, based on a true story, is only the 21st uncut feature film in the world and the first in Konkani.

Former army major Nilesh Karamunge chose a difficult subject for his first feature film. Said to be the first uncut feature in Konkani, Mahaprayan is the story of a middle-aged man and his daughter suffering from the cruelty inflicted by poverty and apathy.

It is said to be only the 21st uncut film in the world, and the first in Konkani. The ‘uncut’ feature has a runtime of 83 minutes, which is no mean feat as there are no retakes or editing. Once the camera starts rolling, it does not stop until the film is completed.

Poverty-stricken Tulsidas suffers a major setback when his wife dies after an illness. As he cannot afford to pay Rs7,000 for the ambulance, Tulsidas is forced to carry the corpse on his shoulders to his village several kilometeres away. Accompanying him is his young daughter Kaali, a sparkly girl who grows up by many years in the span of a day. It doesn’t matter to her that her parents are poor, she aspires to become a doctor. She fails to fathom why humans treat other humans so badly, as she and her father trudge along narrow roads.

The film, shot over days after rehearsals, is a lesson in camera handling and its importance in good storytelling. While the story is heartrending, the treatment with respect to the script and dialogue makes an impact only in parts. What is worth looking at is the camerawork by director of photography (DoP) Sameer Bhaskar, who faced the uphill task of shooting a 83-minute film in one take.

Sameer Bhaskar has shot over 15 films and several serials in Hindi and Marathi, including Mahabharat on Star Plus and Bandhan on Zee TV. He is expecting the release of two of his Marathi films after January — Sargam, starring veteran playwright and actor Girish Karnad, and Page 4.

Bhaskar spoke exclusively to Cinestaan.com about his work in Mahaprayan, the challenges he faced working with a first-time director, and more. Excerpts:

For an uncut film, since there is to be no editing, what kind of pressure does a DoP face?

There is a lot of pressure. When we did a rehearsal, we did everything. But in the film some things have been left out, in my opinion. The producer didn’t have such a budget that we could rehearse for 10-15 days. For the last sequence, we did not even rehearse. The only plan we had was how the cars would be arranged, how the actors will come in, etc. The drama of the last few minutes was not set. The artistes had rehearsed their dialogues and everything. But at the 11th hour, we said let’s do it and just finish it.

What was it like to shoot that final sequence? 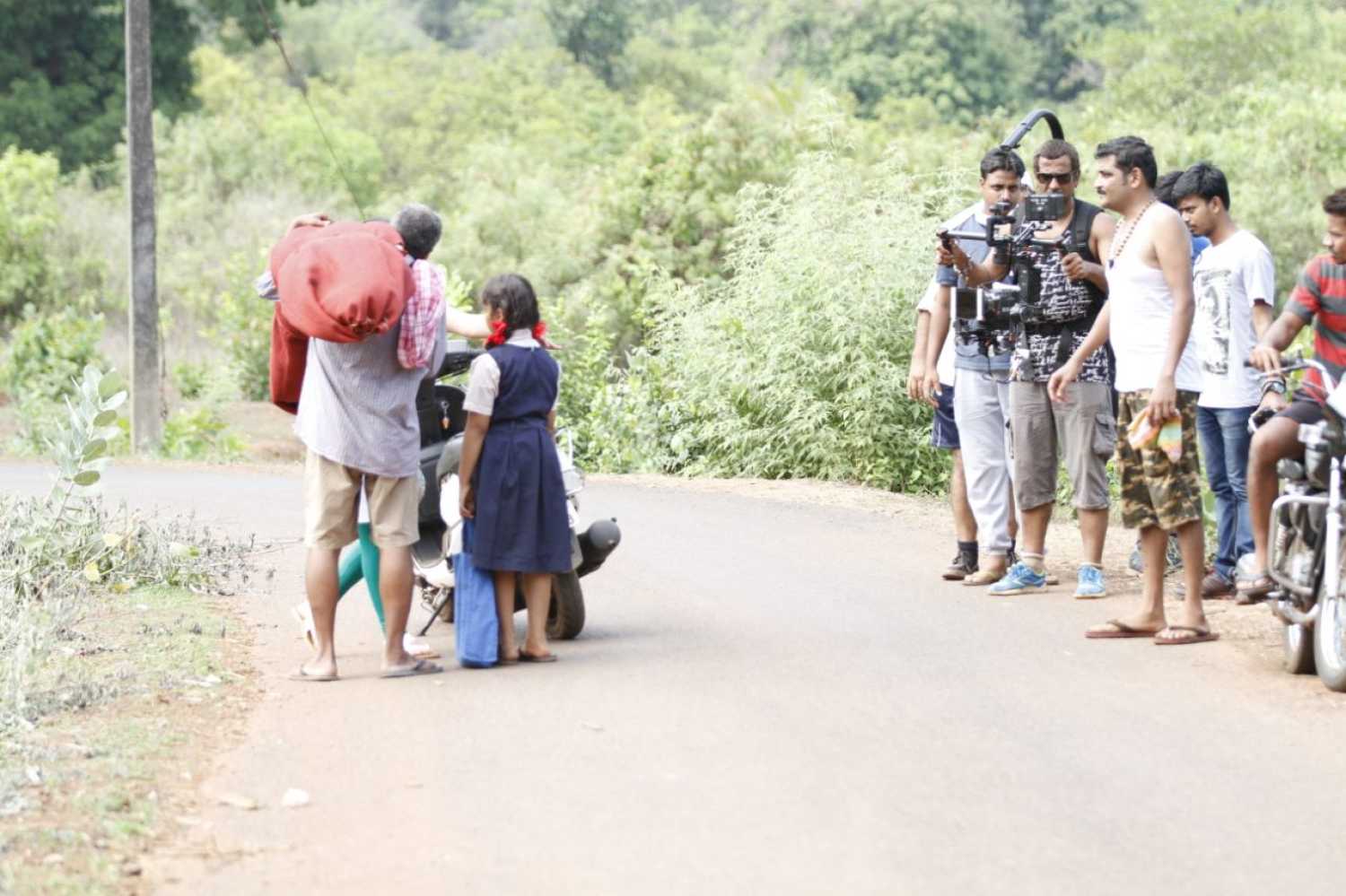 When we did the first take, at the 37th minute the Ronin [a device cinematographers use to stabilize a camera] went off due to the vibration in the bus. So, at the 37th minute we went back to the location [the bus scene], rested for a hour, and after that started all over again. Technically, the Ronin went off because of the vibration, so I had to find an alternative idea to make it work.

Before the characters get into the bus, I had the Easyrig on which the Ronin was placed, and where the camera was mounted. While the take was on, I removed the Easyrig [body harness to offer support for the cameraperson while shooting], just took the Ronin and camera in hand, got into the bus, and finished the sequence. After that, when the characters sit, there I wore the Easyrig, put the Ronin and camera back on, and shot it continuously. Difficulties were many, and even I didn’t have the confidence that I could do it.

Nilesh Karamunge is a first-time director. What was your experience shooting with him?

He has got great film sense. When I told my friends I was working on such a film, they were like why didn’t this idea occur to us. This incident of a man carrying his dead wife’s body on his shoulders actually happened in Odisha. Karamunge felt he should make a film on that subject. Many times it happened that Nilesh would tell me, ‘just do it according to your judgment’. He left it all on me. 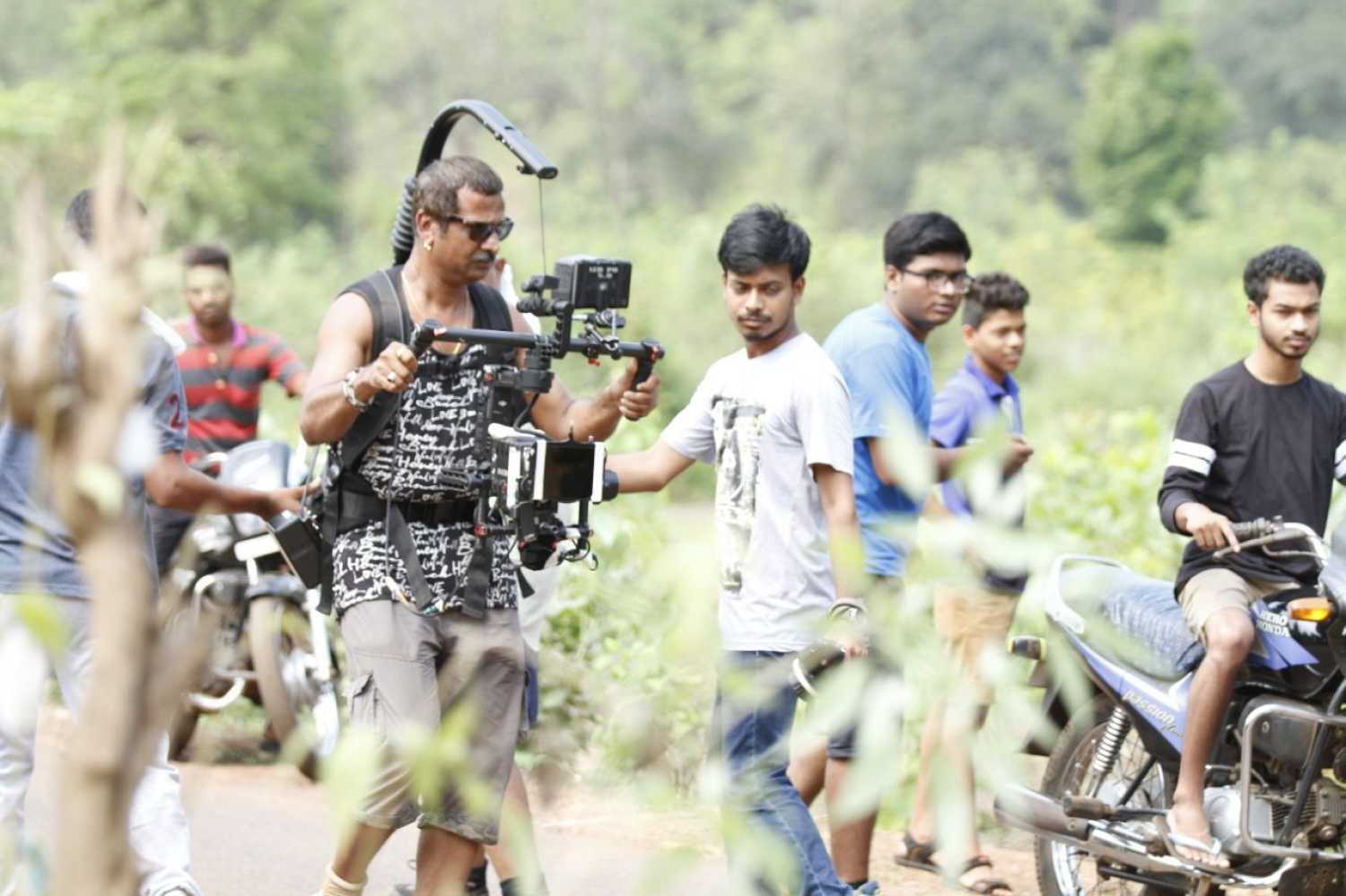 When the film is not going to be edited, a lot of planning has to be done with respect to filming. What is the process of shooting an uncut film?

We started with director Nilesh Karamunge, who did a recce of many places to shoot. He had a vision of what he wanted. But everybody said it was just impossible, that it cannot be done. And to do it on RED [digital film camera] was impossible. I used the RED camera to shoot this film.

Then he came to us. We thought this was a challenge and took it up. Then we went scouting for locations and when we finalized them, Karamunge spoke about the doctor’s scene on a scooty. He wanted the scene to be such that the doctor rides from the hospital for half a kilometre, picks up Kaali, and then they meet her father, who is farther away. There was no rehearsal, and it was tough. Still I said ‘ho jayega’ [will be done].

For my one-day rehearsal, I tried sitting pillion backwards on a bike but couldn’t capture it. Then we tried an Activa, a Maruti van, but weren’t successful. Finally we settled on a Qualis which carried our equipment. I sat in it, removed the Easyrig and used just the Ronin and camera, followed the doctor’s character, and when she finally stops I put on the Easyrig again, attached it, and followed her again.

As Kaali and Tulsidas walk through the streets, we see that the camera is always in front of them. Was that a necessity, since this film wouldn’t be cut later? How was it done?

In those scenes, I was walking backwards all the time with all the equipment.

What was the kind of equipment you had to use for shooting a film like Mahaprayan, which is different from your previous work?

The equipment weighed nearly 11kg. A person has no problem walking forward, but walking backwards is the bigger challenge. The last frame that you see, when the ambulance moves away, I had to wait for two minutes for the credits to roll. I couldn’t move and my whole concentration was on the LCD screen attached to the camera. I didn’t feel anything then.

Shooting the first 25 minutes of the film, my backbone was in a mess. I was so engrossed that I didn’t even pay attention to the back pain as that sensation did not reach the brain at all. In the end, I started feeling giddy. I told my attendants to hold me. Just as the scene was ‘cut’, and I removed all the equipment on me, I just lay down!

Are you open to a such a back-breaking, quite literally, project in the future?

Definitely! This is my first uncut film. After this, I want to break my own record. If I hadn’t stopped there, I was confident of taking the film to two hours.