Only one scene was motivation enough for me to do this film: Smita Tambe on Ajji


The actress, who works in both Hindi and Marathi cinema, takes Cinestaan.com through her character’s journey in Devashish Makhija’s Ajji.

Surprisingly, Ajji is actress Smita Tambe’s second release of 2017. She was seen earlier as the grieving wife and mother in Atanu Mukherjee’s Rukh. This week, she will be seen as Vibha, a hardworking mother whose daughter is brutally raped.

Ahead of the film's release, Tambe spoke of the difficult emotions her character suppresses and how she tried to convey that physically. Excerpts: 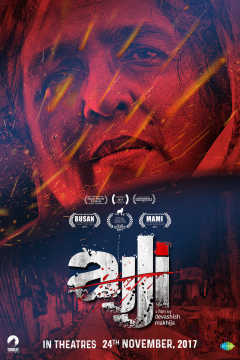 You have played a mother who undergoes traumatic experiences in Umrika (2016), Rukh (2017) and now Ajji (2017). How do you prepare yourself to play these characters?

Actually, in real life, I’m not a mother. The emotions and feelings associated with it [motherhood] are something else. I haven’t experienced it in my life, but sometimes I feel blessed that through films I’m getting that experience. Like with Suraj [Sharma] in Umrika, Sharu [Sharvani Suryavanshi] in Ajji or Adarsh [Gourav] in Rukh, I had a different connect with them. I regard them as my own children, though I’m not that old. But it’s a unique experience.

Regarding preparation, I always feel characters haven’t just come from somewhere, they are from the society and the neighbourhood to which we belong or through our personal life experiences. Through these [experiences] you can relate to them. But the problem comes when you can’t figure out a relationship in life.

You can be stuck in a relationship where you can’t experience certain situations. Then you have to create a backstory. You have to become a different personality. For that, you have to prep and search for these characters. Your mind begins thinking. Sometimes you create an imaginary character whose body language is different.

Like you will see in Ajji, this mother has a constant blocked nose. In the film, I found the character that way and you may hardly see it in the film (demonstrates breathing in harshly). She does this often, and this happens because I read a book called You Can Heal Your Life [by Louise Hay]. [When] a person has a habit of keeping things inside, they get a cold [very often]. My character’s situation is also like that so she has a blocked nose. It becomes a different, interesting journey.

Each character has insecurities, and that is their drive. If you go to tell the insecurities [to someone], you will wonder how did this insecurity come in real life. It’s not, it’s the character’s own. 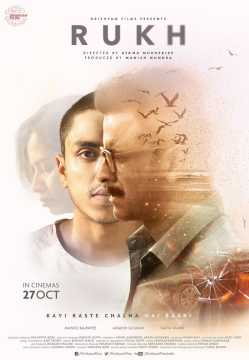 Can you tell us your experience of working with Sushma Despande? There is a scene between the mother-in-law (Deshpande) and daughter-in-law (Tambe) at one point where they discuss their life. How did you work on creating those relationships?

You see the dialogue in the film that says she is tired. She is tired cycling and selling poha, but she is also tired because she receives no appreciation. Whatever she’s does, nobody notices. She is tired now.

When you keep all these things inside of you, then those scenes look different to you. There is no specific emotion in them, but it contains a whole lot of things. But it can’t be seen. That scene [with Deshpande], particularly, she says she is tired, and she is the one to walk away first.

You workshopped these scenes in the film?

A lot. If it was a 22-day shoot, our workshops ran for 18 days. It helped everyone to be on the same page. You get to know where the film is headed from the beginning. There is time to understand that this, this, this [points out three spots] dot is my space. Now I have to fill up my dots, but I don’t have a [straight] line [as yet]. I have only dots. (Laughs.)

How did you react when you first read the script of Ajji?

Forget the script, I only had a scene which Abhishek Bannerjee [who plays Dhavle] sent over. He had called me up. Only a scene had come and Abhishek said, ‘This is a different film.’ I trust him because I had worked with him in Umrika (2016) where he did the casting. He had found me for that film. Umrika’s director Prashant Nair had watched my film 72 Miles — Ek Pravas (2013) at the London Indian Film Festival. He asked Abhishek to find out about me. They called up Uma Da Cunha. So when his phone came and later the scene, I told him I can’t do this today.

Was it the opening interrogation scene?

It is! You understand there is so much going on. There is a different pattern [taking shape], the location has a unique atmosphere, sometimes you feel that between the wall and character there is no difference. It was around 18 pages [long], that scene.

You have said that theatre is always your first love. How do you balance that and your film work?

I’m not getting that much work that I’m inundated, frankly speaking (laughs). But yes, I’m getting very good work. I know my space. Whatever film work I have doesn’t clash with the work I get as a [theatre] actor. I’m very selfish in that (laughs). I want to do my work.

If you had to choose between theatre and film, what would you choose?

Film is my first love. Theatre, I love theatre, because in it, an actor is king. I’m queen, I can command you all, the audience. But in film, micro-mini expressions which are there are being worked upon. And there is one more thing, film has a very long lifeline. A film can last a hundred years. You live, you die, but your films are there. It’s also my dream that my films get archived. I always feel that the Indian flag should wave for me. I want to represent [my country] as an artiste.

The film has travelled to so many festivals and received rave reviews. What reaction do you hope to receive from the audience here in India when it is released in theatres on 24 November?

This medium is very exposed for us and we are very exposed for the medium. Our view of seeing films is completely different. The common audience’s view is very different. When we go to a village to see Marathi films, you wonder and become especially conscious as an actor. There is so much responsibility on my head. They are bloody brilliant, man, because they are not prejudiced.

And what are your next projects?

I’m working on a few films, but they are under contract. I’m working again with Drishyam Films. I’m doing a South film with JD Chakravarthy, it is a complete action drama and I am playing a cop in that. [It’s] like 264 shots in one scene. It’s a cat-and-mouse story.

I’m doing two Marathi films, sensible films. [One is on] Aruna Shanbaug, the KEM hospital nurse [who was raped one night while on duty at the hospital in 1973 and remained in a vegetative state for 42 years before her death in 2015] and then I’m doing a suspense-thriller Savat in which I’m working in the intelligence bureau.

There is another Marathi film from FTII graduates. It’s an amazing film. They are doing three major short films, in every character there is a thread of a woman who completes a circle. They have got a big truck made which will have a screen on it and they will go with a tent to villages. It’s a different concept so I’m very happy and excited.