My journey didn’t start off with a bang, but it ended well: Shilpa Shirodkar birthday special


On her 44th birthday, the actress, in an exclusive interview with Cinestaan.com, spoke about her early days, break from acting and her TV career.

Shilpa Shirodkar was one of the prominent names during the heydays of commercial Hindi cinema in the 1990s. She starred in a number of well-known films of that era with biggies like Amitabh Bachchan, Mithun Chakraborty, Jackie Shroff, Govinda, among others. Some of her well-known films include Khuda Gawah (1992), Hum (1991), Mrityudand (1997), Gopi Kishan (1994). Her marriage in 2000 and the subsequent birth of a baby girl kept her away from films. She returned to acting in television after 13 years.

On the ocassion of her 44th birthday today (20 November), Shirodkar revisits her career and life in an exclusive chat with Cinestaan.com.

I think so, because I started so young, you know. I don’t know anything else. If today I am asked if I wanted to be something else, I actually won’t have any option. Before your mind decides what else you want to do, I was already acting. So, for me, acting is everything. Maybe this is what I must have asked from God. So, I received exactly that. God has been extremely kind to me. I am very thankful to Him.

I came straight into movies when I was a young teenageer. I grew up in this industry with some beautiful people. Made my own relationships with everyone. I think I have worked with all the seniors that were there (at that time) and I picked up the best from everyone. And I moulded myself like that. So, for me, the industry has been an institution in itself and a beautiful one. I was one of the blessed kids, who without any backing or godfather, achieved whatever I could.

The very first break is very crucial for every actor. How did you get Ramesh Sippy’s Bhrashtachar (1989)?

I was undergoing acting classes with Roshan Taneja ji. He got me in touch with Sawan Kumar for a film. But the film eventually got shelved. So, I had to struggle again. Then I got a small role in Bhrashtachar. This is how my journey began. I never had anyone to back me. Riku ji was there who tried to ensure I got some good work. But the journey hasn’t been an easy one for me. So, I did small roles. Then people started trusting me and I kept getting good, better roles.

Among the ones you have actied in, which films do you hold special?

I did a beautiful film called Return Of Jewel Thief (1996) where I worked with a lot of senior actors from different generations. It was beautiful because with every film you grew. My journey didn’t start off with a bang, but it ended well.

You have starred with Mithun Chakraborty in more than 10 films. How has been your rapport with him?

Is it? My God. I didn’t know. I have a very special place for dada because he is the one responsible for bringing me into the industry. When the whole industry was saying no to me, he backed and supported me. It is because of his recommendation that I got Bhrashtachar. He has a very special place in my life and career. I am grateful to him for having trust in me and give me the opportunity to become an actor.

After Sawan Kumar’s film didn’t work, I was supposed to do Boney Kapoor’s film with Sanjay Kapoor, which also didn’t work. You know how it spreads in the industry that nobody wants to sign her. The tag of ‘jinxed’ gets attached to you. But dada was responsible for getting away from that jinxed image.

Are you still in touch with him?

Ya ya, I am still in touch with him. I take the liberty to call him whenever I feel like. In fact, when I got married and went to London, he was there for a shoot. He came to my house for dinner. So, there’s a lot of respect for that man. Nobody in the industry can deny that dada has done a lot for others.

Things have changed drastically today as compared to the times when you started, in terms of the content, method of making, characterizations and the taste of the audience.

I have just done one film, since I returned. I am doing a film produced by Rikku ji itself. It’s called Thugs Of Benares, in which he is relaunching his son Karan (Nath).

I have done a cameo in that. The whole technique has changed. It’s more focussed, scripted. Films get completed in one schedule today, which is great. I feel as an actor you are there in the flow. You can catch your character well.

A lot of work is done on your look. Even the thought process of the audience has changed these days. I personally think it’s great that we have moved on with time and are adapting to the new techniques and content. At the end of the day, it is an industry. Everyone is here to make money. We can’t make a content that did well 20 years ago.

Now I am doing television. I am busy with that and I am loving it. I keep telling everyone that this is my golden period. I feel working on TV with good channels, scripts and production houses is a blessing. When I joined the industry, there were 3-4 girls available for one character. Now there are 300. So, if you are the chosen one to play that part, you have to be dedicated and your work has to be your passion.

How was your experience when you switched to TV for the first time? The working style is too different.

Ek Mutthi Aasmaan was my first TV show for Zee TV. I had returned to acting after 13 years. When my shot was nearing I used to wonder if I would be able to do it. On 1 August 2013, we started shooting in a studio called Trimurti in Dahisar. When Imtiaz Punjabi, the director said ‘action,’ I acted normally. I looked at myself and said, ‘Once an actor, always an actor.’

There were butterflies in my stomach because in TV you are required to remember your lines a lot. I am not someone who can remember pages of dialogues. But my team and co-actor Mohit Dagga were so good. He used to learn my lines and prompt. It was unbelievable. Imtiaz sir said I shouldn’t worry about anything and just be aware of the story.

This was when we used to work 17 hours. In those 13 months I must have got just 10-15 days off. But it was so beautiful that I used to be eager to wake up next morning and go for the shoot. The role was interesting and the team was good. Then when we used to watch it on the screen and felt something was amiss, it would give us an incentive to do better.

These days actresses are getting challenging roles to perform. Back in the 1990s, they only played second fiddle to the hero...

As there are different types of subjects and characters being tried today, don’t you think you should do more films now?

I feel I should, but people should call me. And I am so busy in TV, so I don’t know. But I would love to do films and come back to my line of work. There is so much to experiment for an actor. I really hope I get something interesting yaar with some good technicians and team. It will be good fun.

You produced one Marathi film Sau Shashi Deodhar (2014). Any plans of producing more?

Unfortunately, the film didn’t do commercially well then. It was a very well made film. Because of this, my production house couldn’t take off. It is very important that the first film of a producer does well. If you don’t make it commercially, then you think twice before putting your hands into it (again). And I don’t believe in putting in other people’s money because that is not my upbringing. We should do something on our own or just wait for another opportunity.

These days a lot of unconventional subjects are being made in Marathi at a low budget. Don't you think you should try again?
See, the opportunities are plenty. It’s just that you have to be (present) at the right time to grab it. Right now, honestly, I really don’t have the time to get into production. But, if I get an opportunity to do it, I will surely consider it. 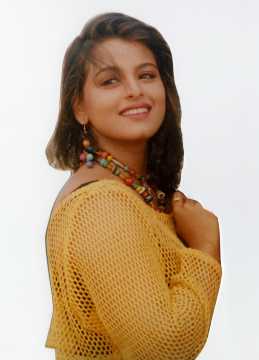 Your grandmother Meenakshi Shirodkar was a well-known Marathi film and stage actress. How was it growing up with her?

She was never really an actor-actor. She was more like a grandmother who told stories about her time in films and how things have changed. But unfortunately, she didn’t stay long to see my success or enjoy that. But she has left her mark in the industry. I hope (what) me and Namrata achieve or have achieved in our own little ways (will) make her proud.

Today is your birthday. Wishing you a very happy birthday. What are birthdays for you generally?

Thank you so much. Honestly, for me birthday is just another day. There is nothing so special. But yes, it is my birthday so I make it a point to visit the temple in the morning as this is what I have always done. From the time I have been working, I feel if I work on my birthday, it’s very auspicious. I feel on birthdays or festivals it is important to be working. It means you are doing something good on the day. Otherwise, I spend time with my family and we go out for dinner. This is one day when all are good towards you (laughs). Enjoy and make the most of it.