Padmini Kolhapure birthday special: Revisiting performances you may have forgotten


The actress celebrated her 52nd birthday yesterday (1 November). Here we revisit her performances that haven't got their due recognition.

When one hears Padmini Kolhapure, more often than not, Prem Rog instantly comes to mind. A social drama on the importance of widow remarriage, the film won the 17-year-old actress her second Filmfare award. Before this, she had won the Filmfare for best actress in a supporting role for Insaf Ka Tarazu (1980) However, even in her limited filmography, the actress has more performances that deserve to be revisited. As the actress turned 52 on 1 November, we revisit the films in which she had memorable roles.

Prem Rog has been deliberately excluded from this list as it has been already applauded ad nauseam.

Prem Rog, the film that marked many firsts in Hindi cinema: Celebrating 35 years 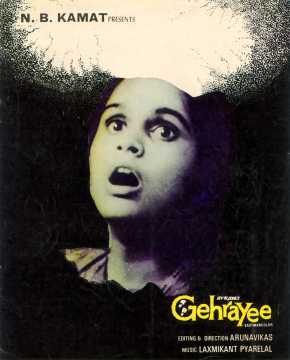 Directed by Vikas Desai and Aruna Raje, Gehrayee was based on a script by playwright Vijay Tendulkar. The story revolves around a happy family of four — father, mother, daughter and son, played by Dr Shriram Lagoo, Indrani Mukherjee, Padmini Kolhapure and Anant Nag, respectively.

The happiness is eclipsed when daughter Uma has bouts of unruly chatter and rowdy behaviour. The family tries hard to get her treated, even agreeing to give her electric shocks. When that fails too, they resort to babas for magical help. But sadly, they only encounter fake ones, and a particularly evil one (Amrish Puri's special appearance). Just when they are about to lose hope, comes in the authentic baba and wards the evil spirit in Uma away.

Kolhapure as the possessed Uma delivers a convincing performance. The sudden change in mannerism, tone, language is very efficiently done by the then 15-year-old.

The first film to have Anil Kapoor in the lead, Woh 7 Din is a very unique take on a love triangle. Maya (Kolhapure) is married to widower Dr Anand (Naseeruddin Shah), but tries to commit suicide on their wedding night.

The doctor husband realizes that she was forced to marry him. Maya thus begins her story, and narrates her short-lived love story with Prem (Anil Kapoor). The newly-wed couple thereafter try to have as normal a life as possible. However, fate has more twists in its kitty and Prem lands up in their house.

Padmini Kolhapure is seen in the film as a bubbly, smart girl and also a sad, meek lady. She essentially resurrected the dual personalities she played in Prem Rog.

Directed by Mrunalinni Patil, Manthan narrates the emotional journey of  Anjali Deshpande (Padmini Kolhapure). As most women are expected, Anjali has been a homemaker since the birth of her daughter. She decides to take up a job when her daughter becomes old enough to be left alone with the maid.

Her husband, Avinash Deshpande (Milind Gunaji), is facing troubles at his factory which soon shuts down. He resorts to drinking and even picking fights at home. Anjali gets a job as a radio jockey who talks to people, helping and advising them on issues. While she is facing her own mounting domestic issues, she hears stories of other women who are going through similar or worse travails.

Manthan puts forth strong ideas of gender equality, misogyny being the prime focus. The plot is not unique as the story of a woman realizing her own strength and capability of independence has been captured on reel n number of times. However, Manthan: Ek Amrut Pyala, slightly differs here. It does not only represent or promote the band of radical feminism, but also gives voice to one that most women can relate to — those who are torn between society, family and independence.

Padmini Kolhapure as Anjali fits the bill perfectly. She convincingly comes out as a woman who is drawn towards both sides — family and feminism. Even though she opts to take a stand and separates from her tyrant husband, she is also hopeful of a future where her family is together again. 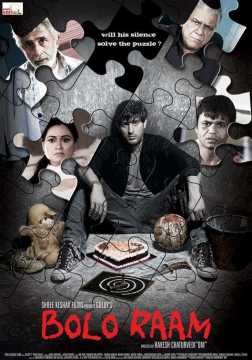 At the turn of the century, Padmini Kolhapure was getting into the shoes of a mother on the big screen. Bolo Raam, directed by Rakesh Chaturvedi, had her as a single mother, Archana Kaushik, who teaches at a college for a living.

Her son Raam (Rishi Bhutani) has a peculiar problem — he gets aggressive and violent when he witnesses an immoral act. Apart from the daily fights the son inevitably gets involved in even with random strangers, the mother-son duo share a loving relationship. However, the film begins with the discovery of Archana's dead body and Raam lying next to her with a knife in his hand. Has he killed the mother? If yes, then why?

While the film loosely touches on the topic of radicalization of vulnerable youngsters by communal fundamentalists, Kolhapure plays the simple, strict yet sweet-hearted mother who has enough struggles of her own.