Some of the most opulent historical films were undertaken by Sohrab Modi’s banner Minerva Movietone and he is rightfully remembered as one of the titans of Indian cinema.

Growing up in Rampur state of the erstwhile Central Provinces and Berar, the young Sohrab spent numerous hours in the library of the local nawab where his father worked as a superintendent. From there on, he had a strong command of Urdu. 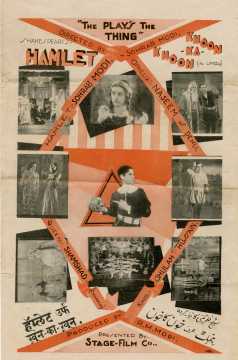 In 1935, Modi launched his first film, Hamlet aka Khoon Ka Khoon, an adaptation of William Shakespeare’s play, with a newcomer, Naseem Banu. It was a grand success with critics who appreciated Modi’s sense of style and grandeur, but Khoon Ka Khoon (1935) and Saed-e-Havas (1936), based on another Shakespearean play King John, did not do well at the box office.

The first film was produced under the Stage Film Company banner. Modi then established Minerva Movietone, with the emblem of a roaring lion (a nod to the Hollywood studio MGM, perhaps), in 1936.

In the pre-Independence era, Modi made the social film Atma Tarang (1937), which became his biggest disaster at the box office and he even contemplated giving up filmmaking. However, as Modi sat outside a screening of the film which had only 20 or 25 attendees, four men came out and complimented him on the film and asked him to make more like it. He found out later that they were judges of the Bombay high court. That encouraged him to keep going.

The early films of Minerva Movietone dealt with social themes like alcoholism in Meetha Zahar (1938), divorce in Divorce (1938) and incest in Bharosa (1940). But the banner became known for its lavish historical films from Pukar (1939) to Mirza Ghalib (1954). 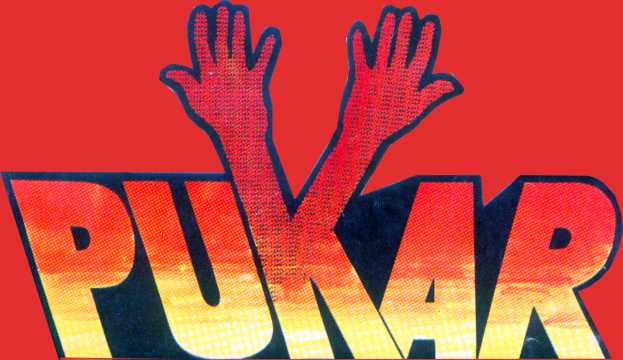 Pukar (1939), starring Naseem Banu as Noorjehan and Chandramohan as Jehangir, was completed in eight months. In the film, Noorjehan accidentally kills the husband of a washerwoman and the widow moves the emperor Jehangir to give her justice. Written by Kamal Amrohi, the film was shot in real courts and Mughal palaces to lend authenticity to it.

The film was released during a key point of the Indian struggle for independence and highlighted 'the theme of the citizen’s right to seek an equitable justice', according to Amrit Gangar’s book on Modi. Gangar wrote, 'Indirectly, Modi emphasized the nationalistic aspirations of the time through this historical [film].' He showed the fairness of the emperor who did not let religion or class influence his decisions.

With Sikandar (1941), Modi cast another thespian with a booming voice, Prithviraj Kapoor, as Alexander/Sikandar while he played the rival combatant, Porus, ruler of a northwestern portion of India (now in Pakistan) between the Jhelum and the Chenab at the time of the Macedonian invasion. Set in 326 BC, the film employed high production values for the costumes and props of that era even though it used only a single camera to capture the warring armies. 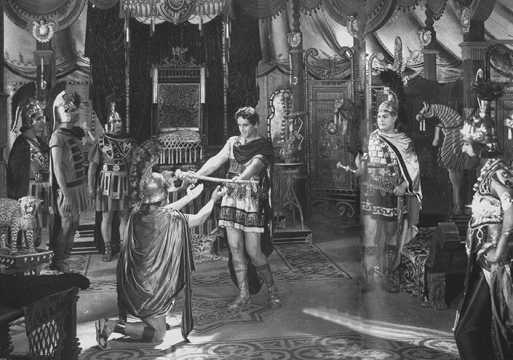 The foreign publication Motion Picture Magazine praised Modi and wrote that "producer-director Modi is to the Indian Motion Picture industry what that great Cecil B De Mille is to America!" Modi was diligent in his research to the point where he knew Sikandar's exact weight and asked his actors to adhere to a fitness regime and diet to keep in shape.

The memorable exchange between Porus and Sikandar is the highlight of the film when the Macedonian king asks Porus about his fate after capture. The proud kshatriya replies, “The way one king should treat another.” The film was released when India herself was pulled into World War II but endorsed pacificism more than violence.

Another big period film, Prithvi Vallabh (1943), was an adaptation of KM Munshi’s novel published in 1920. Modi played Munj, the kind, just king of Avantipur who is also known as Prithvi Vallabh (beloved of the world). Tailap, the cruel and cowardly king of the neighbouring kingdom of Tailangan, imprisons him. 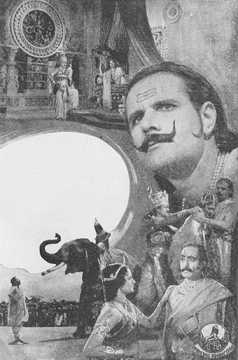 Munj plans to escape with Mrinalvati (Durga Khote), Tailap’s sister, whom he loves, but he is betrayed, captured and sentenced to death. For Prithvi Vallabh (1943), Modi himself enacted a dangerous stunt of being trampled to death by an elephant.

For Jhansi Ki Rani (1953), Modi cast his wife and Parakh (1944) actress Mehtab in the role of a lifetime. The historical film hired the best Hollywood technicians and went all out to portray Mehtab as the queen of Jhansi who took on the British during the Sepoy Mutiny of 1857. Modi played the queen’s rajguru (adviser) in the film.

Unfortunately, this big-budget film did not work at the box office. Mehtab, in a critically acclaimed performance, could not connect with the audience playing a character half her age. But the film’s technological achievements were lauded. It was shot directly on 35mm in Technicolor and director Modi borrowed real weapons from the Indian defence department for scenes. 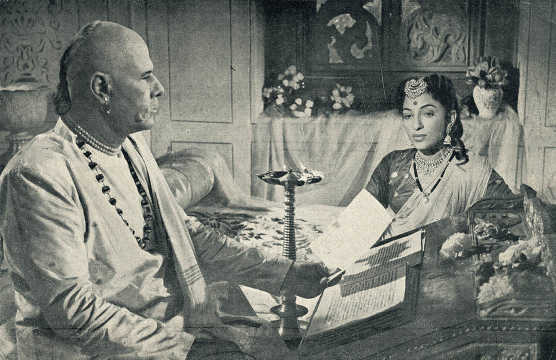 Modi made a comeback with the biopic on the great poet Mirza Ghalib (1954). It was the first Hindi film to win the President’s gold medal (known now as the National award) for Best Feature Film.

Starring the singing star Suraiya, the film was also a musical hit with such ghazals as ‘Nukta Cheen Hai Game-e-Dil’ composed by Ghulam Mohammed. The film also won the Filmfare award for best art direction in black and white for Rusi Banker. The art director even made an elaborate set of an underground sewerage system, similar to 20th Century Fox’s film Les Miserables (1952). 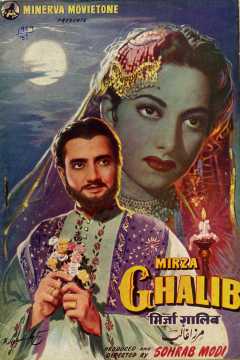 However, the great filmmaker lost his studio paying off debts he had incurred over the years. His productions after Mirza Ghalib, including Nausherwan-e-Adil (1957), could not fill the studio’s coffers and his grand plans for further historical films came to an end.

Editor Manju Gupta writes in Gangar’s book that 'through his filmmaking career, he determined to recreate history in a grand manner'. The actor-filmmaker attributed his later interest in history to informing future generations of their past.

Modi said, “When I entered the film line and began to study history, I realized how much knowledge there was in history and how we can mould our life on the basis of historical personages. On this understanding, I thought there must be many students like me who hate history, so why don’t I make historical films and give them something of our history, which will make them understand our past and how we can build our future keeping the characters of the past before us (sic).”