On what would have been his 89th birthday today (19 November), we revisit a harrowing period in the wrestler-turned-actor’s life. Some things, as they say, never change.

World-famous wrestler Dara Singh (born Deedara Singh Randhawa) entered the world of cinema with a special appearance in a South Indian production, The World (1952), which was filmed in Colombo, Ceylon.

Even as his stunt films grew in popularity, Dara Singh did not give up his wrestling career and won the title of Rustam-e-Hind, India's ultimate wrestling champion, in 1954.

In 1967, with a few years’ experience under his belt as actor, Dara Singh turned producer with Deedar Movies and the film Nasihat. He had a double role in the film which also starred his younger brother Sardara Randhawa, Helen, Madan Puri and leading lady Vijayalaxmi. However, the company only produced one film.

Later, with Dara Pictures, the strongman wrote and directed the Punjabi film Nanak Dukhiya Sab Sansaar (1970) starring Prithviraj Kapoor, Balraj Sahni and Pran, set in the aftermath of Partition. The film went on to enjoy a golden jubilee at the box office. 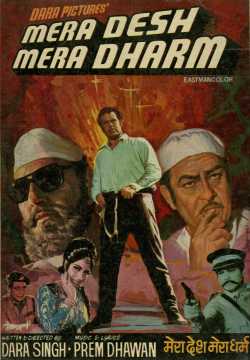 Following this film’s success, Dara Singh produced and directed a Hindi film, Mera Desh Mera Dharam (1973), with Raj Kapoor. According to the book, Deedara aka Dara Singh! by author Seema Sonik Alimchand, the film “was set around members of the Mukti Bahini, who were fighting against Pakistan, demanding to secede and carve out their own country [in East Pakistan, now Bangladesh]”.

The film, which was shot in Bangladesh, was banned for a while. Dara Singh managed to get the film released in theatres after three years, but the Central Board of Film Censors, as the CBFC was then styled, ordered several cuts which didn’t help the film. Dara Singh lost a lot of money in the process.

But more hard times were in store for the champion. In the mid-1970s, Dara Pictures launched Raj Karega Khalsa with Rajesh Khanna, Neetu Singh, Navin Nischol and Yogeeta Bali. When the Emergency was declared on 25 June 1975, it had a long-running effect on the film.

Alimchand wrote, “Unfortunately for Dara, Raj Karega Khalsa hinted at several such issues and could have been deemed ‘seditious’ by the ruling government at the Centre. It was the story of Kartar (Dara Singh) who is born and raised in a Hindu family in Punjab and who later converts to Sikhism against his parents’ wishes. He joins the rebel Sikh warriors, and fights the oppressive Mughal army.”

The film was an expensive production and when Raj Karega Khalsa got clearance from the CBFC to be released in Punjab, it did well on its first day. But two days after the film's release, Giani Zail Singh, then chief minister of Punjab, wanted to see it.

Zail Singh asked for a few changes in dialogues. Dara Singh went ahead and changed the word sarkar (government) to raj (rule). Further, Zail Singh wanted the blue turbans in the film [indicating the Akalis] to be changed to white and the name of the film also to be changed.

“Two days later, a little-known sect in Punjab, called the Budha Dal, raised an objection, and its chief, Baba Santa Singh, took over from where Gianiji had left off, and declared a ban on the film. Addressing a congregation, Santa Singh, adorned with glistening weapons, presented a formidable image, and thundered from a podium, ‘How can Dara Singh with his chopped tresses play a jathedar [ordained Sikh clergyman]?’ 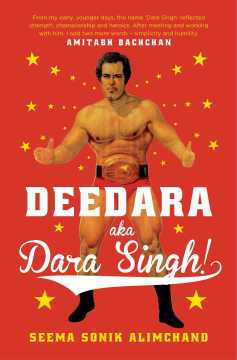 According to the book, Dara Singh went to Santa Singh and tried to reason with him. Instead, Santa Singh told his followers, “If this sanctimonious (sic) film is allowed to release, beware all, there will be riots; there will be bloodshed!” Strangely, Santa Singh also refused to watch the film before banning it.

It was a tough time for Dara Singh as he had borrowed a lot of money to make the film. The leaders of the Akali Dal suggested that he release the film district by district in Punjab. The film’s title was changed from Raj Karega Khalsa to Sava Lakh Se Ek Ladaun, a nod to the Akali movement during the Emergency, and it was eventually re-released a year and a half later in the Punjabi district of Hoshiarpur.

Then too, the screening was disrupted by Santa Singh, who sent some 30 men to stop it. The men were met by Dara Singh who asked them to watch the film first. They did and were bowled over by both the film and the earnest Dara Singh. However, when they returned and reported that the film had nothing offensive in it, they were punished by Santa Singh. The baba had the men “put into cages, had their noses pierced and with faces blackened, paraded through the village. ‘Let this be a lesson to all those who disobey my orders’.”

Slowly but surely, Sava Lakh Se Ek Ladaun was released in more places from Ludhiana to Jalandhar. But the film’s release in Amritsar was eventually cancelled, as Santa Singh incited both the Akalis and the Nihangs to protest against it outside the theatres. With the threat of riots looming, Dara Singh called off the film's screening.

Alimchand wrote, “Sava Lakh Se Ek Ladaun, a film made with the intention of glorifying Sikh history and inspiring its youth, was banned in Punjab by the Sikhs. Dara Singh, the world champion, who had overcome a poverty-ridden childhood, unfair biases within his family, ridicule from friends and peers, and yet had conquered the wrestling world and the world of films, took this virtual punch on the chin with great resilience. He first paid up all his dues and then, a year later, bounced back fighting fit.

"Yet it wasn’t easy — the ruling party in Punjab, in an attempt to wring out every last bit of the ‘Sava Lakh’ controversy, made it practically impossible for Dara Singh to hold matches in the state. In contrast to this high-handedness from a party he had supported was the star wrestler’s forgiving and dignified demeanour. As often happens in the strange world of politics, the same ruling party later tried to make amends and awarded Dara Singh a piece of land in Mohali.”

Later, in 1979, when Dara Singh was campaigning for the Congress with both Zail Singh and Sanjay Gandhi for the mid-term Lok Sabha election, the subject of the banned film came up. All it took was a word from Sanjay Gandhi and the film was released the next day. Not only that, Dara Singh received a letter of apology from Santa Singh who had blocked the film so vehemently.

As Alimchand wrote, “However, by now, Dara was mighty fed up and completely put off by the whole sordid mess. He shelved all the films on the history and heritage of the country — an idea he believed in strongly, and moved away from Punjab’s politics and politicians.”

The parallels with Sanjay Leela Bhansali's Padmavati, which is facing the ire of some sections of the Rajput community and sundry politicians trying to bake their own cakes in the oven of controversy, are too glaring to be ignored. As they say, some things never change.