Every frame should look like a painting: Darpan Bajaj on his award-winning Maharajin


In an exclusive interview, Darpan Bajaj, director of the award-winning documentary Maharajin, talks about his interest in the arts and the role of imagination in his films.

As an artist, Darpan Bajaj has worked with various mediums. The professional UX designer moved to filmmaking out of this very interest in the arts. His inspiring film about Gulab Maharajin, who performed cremations for over 60 years at the Rasoolabad ghat in Allahabad, Uttar Pradesh, won the award for Best Film in the Gender category at the recent Woodpecker International Film Festival (WIFF) in Delhi.

In an exclusive conversation with Cinestaan.com, Bajaj spoke of the inspiration behind the making of the film and his desire to bring the arts together using the medium of cinema as his canvas. Excerpts: 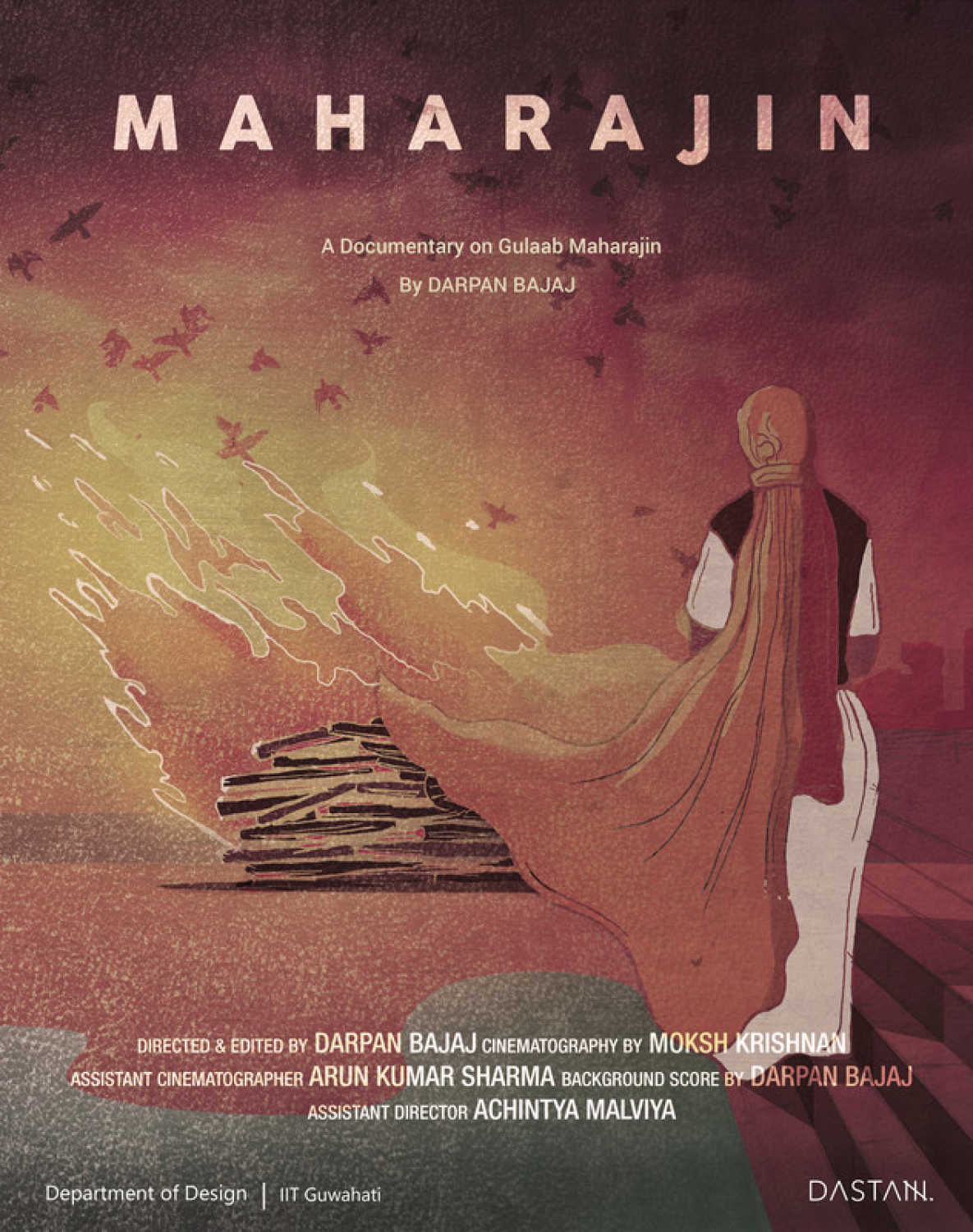 I must confess I knew nothing about Gulab Maharajin before I watched your film. I later started reading articles to find out more about her as she seems such a fascinating woman. Tell me, how did you come across her story and decide to make a film on her?

I was doing my master's thesis at IIT. I am actually a designer, a UX [user experience] designer, but I wanted to make a film and had been making some films with friends. This time, I wanted to explore something different.

I came to know about Maharajin through my friend Achintya, who lived near Rasoolabad ghat. It was a random conversation where he told me about this lady who used to do cremations. That was when I felt I must work on this. I remembered that whenever there was a death in my family, women generally stayed behind and only the men went to the cremation ground. When I heard about Maharajin, I realized there are these gender stereotypes that we don’t question and take for granted.

There were several films at the festival that were shot along the ghats — Aadha Chand Tum Rakhlo and Feast Of Varanasi, for example — and there is something mesmerizing about the ghats captured on camera. But your film is poetic in the way in which you have used symbolic images and shot the film. You have also chosen to interview poets, thinkers, academicians. Was that a conscious choice?

Definitely. We did interview regular people initially, but we realized we were getting very exaggerated stories about Maharajin, where she was described as a superwoman! In fact, her bringing the Ganga back to Allahabad [which is talked about in the film] was seen as a magical act by people.

If you think about it, a woman doing cremations is normal, in that she was just doing her job. But in India, this becomes a big thing because of her gender. So I thought I would take the approach where I would show what the poets and thinkers make of her and her profession.

And, on the other hand, I have also shown what the priests think, what an aghori thinks, so I wanted to fictionalize my documentary a little. I wanted that while the film is about Maharajin, whoever sees it should also remember these characters.

It must have been a conscious decision not to include images of Maharajin in the film, but did you try and get photographs of her?

Actually we had the chance of getting photographs of Maharajin, but I decided not to include them in the film. I wanted people to imagine her personality. I am an experience designer and I want to create the experience wherein viewers rely on their imagination. I also know that if people are interested, they can surf the net and they will find her images.

There is a documentary, Of Life And Death, which was shot with Maharajin and she was the focus of the film where questions of life and death are discussed with her. Everything that my film talks about, you will find in that documentary. The way she talks, her philosophy… it’s just out of this world.

She comes across as a pioneer in so many ways because she was breaking gender barriers and religious barriers and had a reformist zeal. Your film is also technically well shot. How did you achieve that? Did you receive any funding for the film?

The film crew and I did our graduation in fine arts, so we have a certain aesthetic. Whatever we do, aesthetics should not be compromised. Every frame should look like a painting. I know there are many problems in the film and we couldn’t achieve this fully, but this is what we always try to achieve. It should be an experience for the viewer.

(Laughs.) We are only a four-member team. Moksh did the cinematography, I was the director and also composed the music. I edited the film as well, so most of the things were done by us and we worked on it for almost a year before sending it out to festivals.

We spent our own money on the film. I was getting a stipend and my friend already had all the equipment with him so that’s how we made the film.

As an artist with varied interests, do you see yourself committing to just films and becoming a full-time filmmaker?

No, I won’t do just filmmaking. I have too many interests. I might make illustrations and I think I imagine myself doing many things. But let’s see, if I get the opportunity, I might just become a filmmaker.