Some major developments on the Hindi remake of Nagraj Manjule’s Marathi blockbuster Sairat (2016) are out. The film has been titled Dhadak and, as reported by Cinestaan.com last week, the film will be directed by Shashank Khaitan.

Dhadak will be the debut film for Sridevi’s daughter, Janhvi Kapoor, and Shahid Kapoor's half brother, Ishaan Khattar.

Produced by Zee Studios and Karan Johar’s Dharma Productions, Dhadak is all set to be released on 6 July 2018. 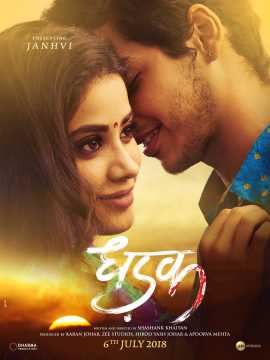 The makers have also released three posters of the film, featuring the lead pair.

Both, Kapoor and Khattar appear convincing as characters from a village.

The original film, Sairat, was based in Maharashtra. However, Dhadak is expected to be based in the north of India. 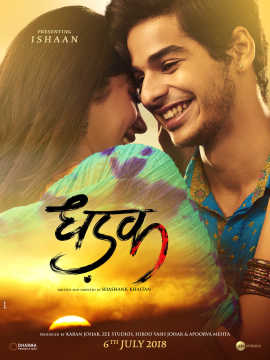 The climax of Sairat left the audiences stunned, with the brutal killing of the lead pair. The posters of Dhadak hint at a similar bloodshed as its title ends with traces of blood.

Sairat became the highest grossing Marathi film, earning over Rs80 crore, not a small feat for a regional film. It also made the two actors Rinku Rajguru and Akash Thosar overnight stars.

Sairat was remade in Kannada as Manasu Mallige (2017), which also starred Rajguru. However, the film didn’t do well at the box office.