The filmi qawwali has a time-honored tradition in Indian cinema. Back in the era when the Muslim social was still relevant as a genre, they were much more frequent and nuanced. Now, the qawwali is less frequent and has lost many of the attributes that made it essentially a mystical Sufi song. To find a real qawwali, you'd have to look outside cinema.

In the 1940s and 1950s, the qawwali as a musical genre was a height of its popularity. So much so that in 1945's Zeenat with Noor Jehan and Yakub, the first all-female qawwali was picturised onscreen. Written by Nakshab Jarachvi, 'Aahein na bhari shikve na kiye' was composed by Hafiz Khan. He shared the composer credit on the film with Meer Saheb but the qawwali was his composition. 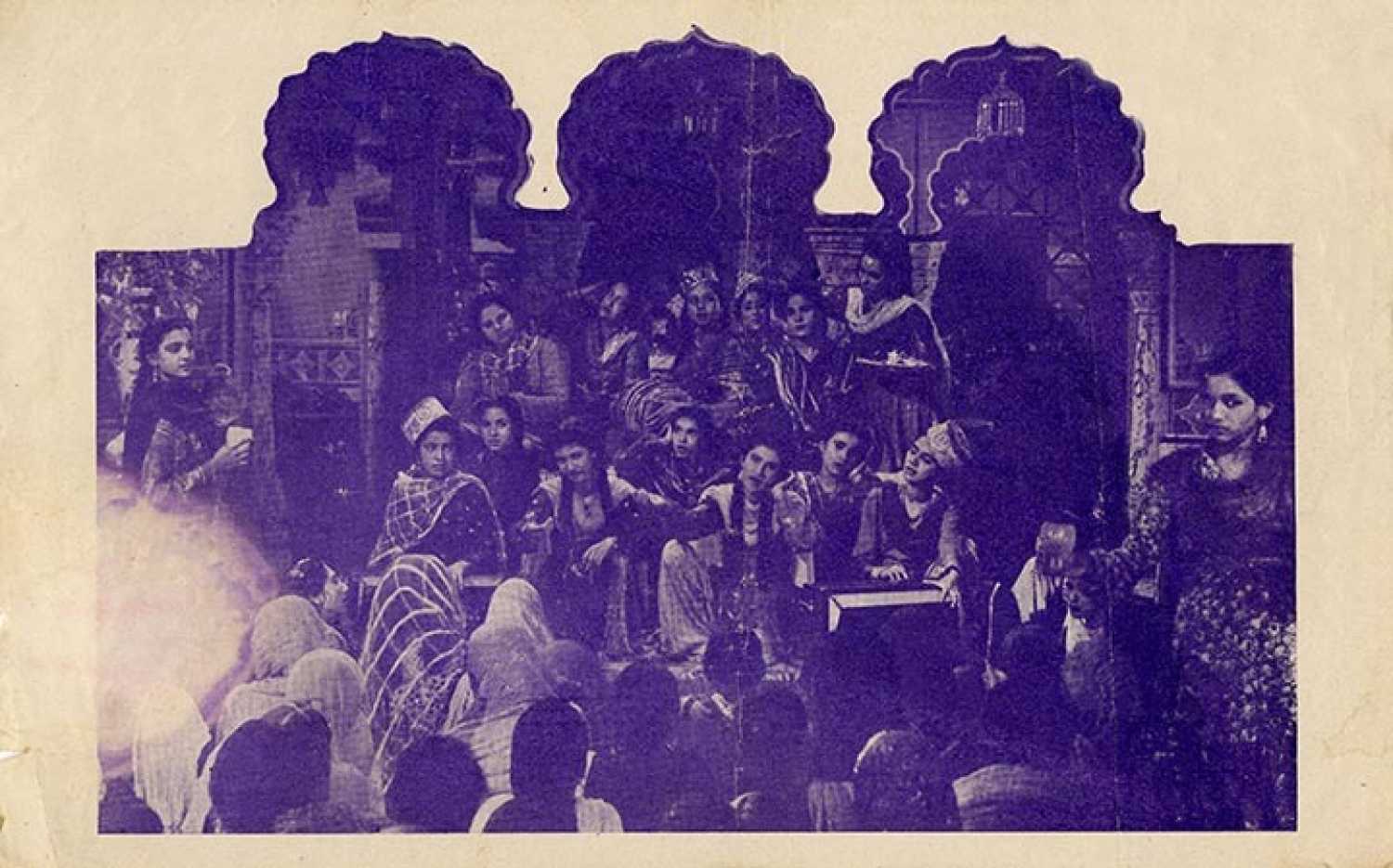 Under the direction of Syed Shaukat Hussain Rizvi, Zeenat (1945) was a box-office and musical success. Zohrabai Ambalewali, Kalyani and Noor Jehan (who's not in the song) sung the qawwali. The young female actors who participated in the song were the current next generation of upcoming stars featuring Rehana, Shashikala, Zebunnissa, Yasmin and the singers Zohrabai and Kalyani. The teenage Shyama, known as Baby Khurshid, was also part of the female chorus of singers and can be seen playing the dholak.