Prarthana Behere and Aroh Welankar
give your opinion

Director Ajay Naik’s next Marathi movie is based on the life of students in hostels during the 1990s. Titled, Hostel Days, the film stars Prarthana Behere, Aroh Welankar and Virajas Kulkarni in lead roles. Naik has also co-produced the film along with Shree Parshwa Productions. This will be his fourth directorial after Satrangi Re (2012), Lagna Pahave Karun (2013) and Baavare Prem He (2014).

Speaking about the film, Naik said in an official statement, “Hostel life has always had a special place in the memory of all those who have lived in a hostel. And for those who couldn’t experience the hostel life ever, there has always been a fascination for it. The days spent in hostel always makes one nostalgic, while reminiscing those golden days of life.”

Producer Subhash Bora added that Hostel Days based in the 1990s, saying, “The story deals with the hostel life in early 1990s when there were no mobile phones and smart phones, no cable or dish TV, no internet and thus there was a lot of fun. Hostel life back then was definitely more exciting than what it is now. Hence, today’s audiences will be reminded of those simpler times.”

He also added that the film will be a musical. “This musical film with its refreshing music will be really a feast to the audience. We are very happy to announce our first film, directed by the multi-talented Ajay Naik,” he said.

Also starring Aksay Tanksale and Sanjay Jadhav, Hostel Days is all set to be released on 29 December. 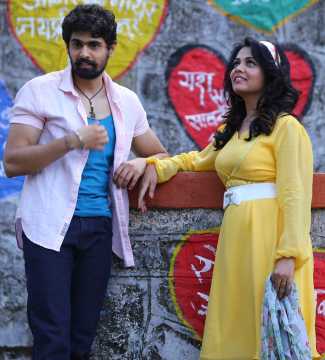