Filmmaking is not my business, it’s my passion: Filmmaker Kavita Bahl


Director of Krishna’s Waiting Room, Kavita Bahl, spoke about the introspective journey into the lives of the widows of Vrindavan.

Kavita Bahl and Nandan Saxena
give your opinion

Krishna’s Waiting Room, by Kavita Bahl and Nandan Saxena, undertakes an introspective journey into the lives of the widows of Vrindavan, who are waiting for death in the land of Krishna.

The film questions societal norms, the politics of inheritance and economic entitlement, where women always get short-changed. Most women find solace in spirituality, and the rest, in the sisterhood of ashram-life. The vast majority of the 20,000 migrant women in Vrindavan beg on the streets and the film explores what Vrindavan means to its central characters.

Talking about the inspiration behind making the film, Kavita Bahl said that she encountered the widows of Vrindavan as a child, while visiting her grandparents who lived in the city. She would see the women on the streets dressed in white and wonder about their lives. Curious about the migrant women who had left behind their families and lives, Bahl put in a proposal with PSBT (Public Service Broadcasting Trust) to make the film.

It’s not my story, I just compiled it: Filmmaker Sid Ghosh on animated film on breast cancer

Bahl shared her experience of making the film and said that while the women had no interest in people filming them and treating them as objects, she managed to gain their trust and they opened their hearts out to her. Describing the film as a challenging and emotionally draining experience, she praised the women for being exceedingly brave despite their circumstances. 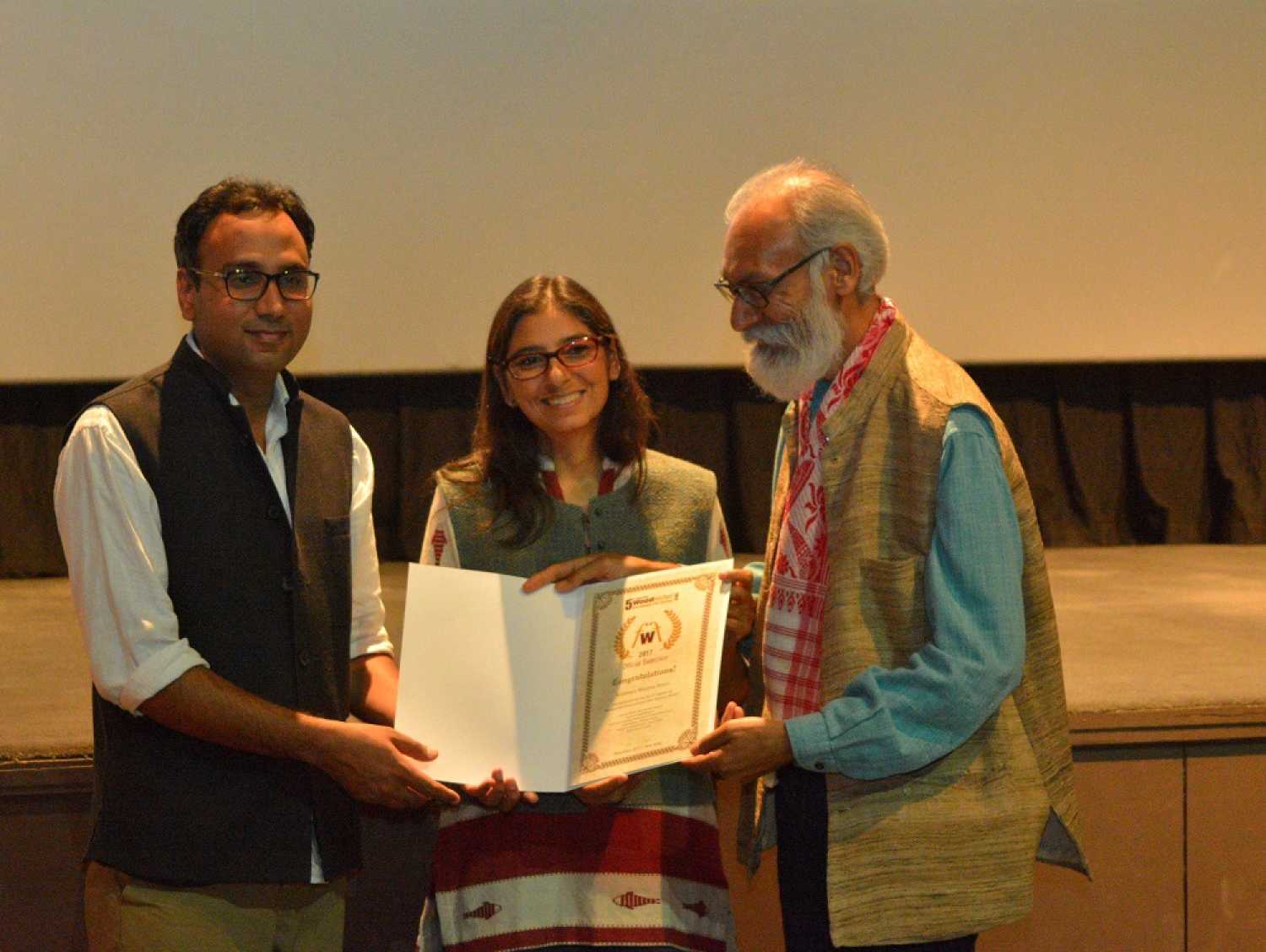 Smaller films can be a catalyst for change: Mayank Bokolia, director of Aadha Chand Tum Rakhlo

Krishna’s Waiting Room takes an incisive look at the lives of these women, highlighting the hope that they carry within themselves. Not to be pitied, despite the fact, that in most cases the women had been thrown out of their homes, the film shows us some feisty women who prefer to stay at the ashram.

Bahl also dispelled the belief that most of the women were Bengalis, revealing that the women came to the ashram from all over India. There are a few women who aren’t even widows, but left their homes and chose to be at the ashram.

When asked about what motivates her as a filmmaker to make films on such unusual topics, Bahl responded, “Filmmaking is not my business, it’s my passion and this is what motivates me.” Talking about her experience of filming the women of Vrindavan, she said, “It is a very strange cauldron that these people live in. They are emotionally parched.”

Krishna’s Waiting Room was screened at the Woodpecker International Film Festival on 12 November.