The meeting will be held at 5pm at the Club Millennium, Juhu, Mumbai.

The Indian Film and TV Directors' Association (IFTDA) has called a meeting of like-minded directors, technicians and representatives of the film industry Monday, 13 November, said an IFTDA member on Sunday.

Speaking at a press conference, filmmaker Ashoke Pandit said he felt very strongly about the protests against Padmavati. 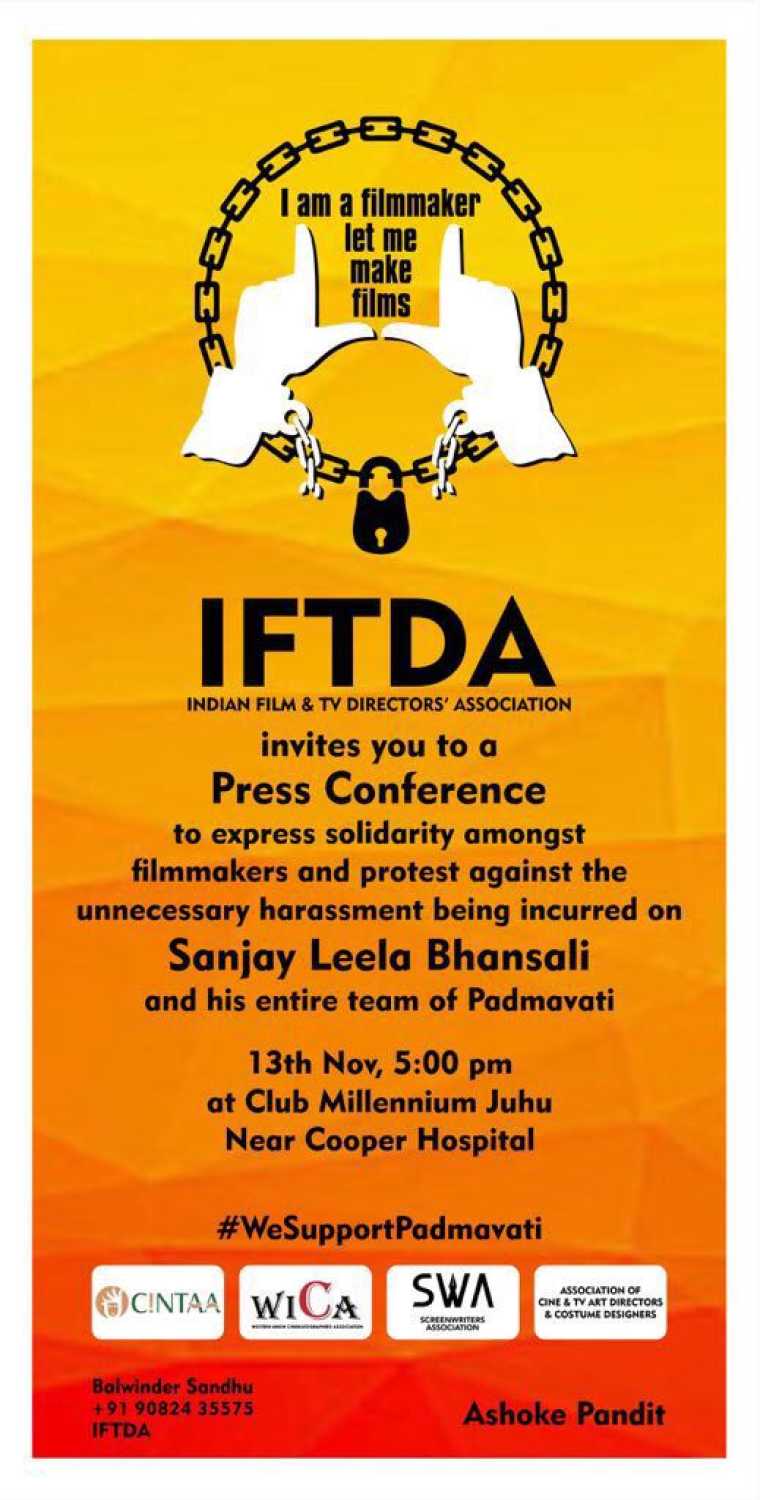 "These hysterical protests are a symptom of a very dangerous trend in our country of politicizing art. And we must stop this trend before it kills cinema and all other arts. Sanjay Leela Bhansali's cinema has nothing to do with politics. Why then do we have goons posing as politicians baying for his blood? What wrong has he done? What harm has he done? He has given us a series of masterpieces and classics. And this is how we repay him?," he said.

The meeting has been scheduled for 5pm at the Club Millennium, Juhu, Mumbai.

The meeting is expected to be attended by concerned filmmakers and technicians to express solidarity towards the cause of Padmavati.

"Don't make the mistake of thinking this is only Bhansali's problem. Yesterday it was Karan Johar who was being hounded by political protests and he had to issue a clarification on video, just like Bhansali. Why are filmmakers being made to bend, bow and scrape to these extra-constitutional bullies? It must stop!" Pandit added.