On his 45th death anniversary, we trace Tanveer Naqvi's journey from India to Pakistan, and have a look at some of the immortal songs he wrote for films in both countries.

Most film lovers would recall Filmistan’s Anarkali (1953) based on the subversive love between Anarkali and Prince Jehangir. Starring Pradeep Kumar, Bina Rai and Noor Jehan in the lead roles, the story of the film was later adapted for K Asif’s classic Mughal-E-Azam (1960).

Another Anarkali was made in Pakistan in 1958 featuring Noor Jehan in the lead. This film was directed by Anwar Kamal Pasha, the lyrics of the eight songs of the film were written by five lyricists – Tufail Hoshiyarpuri, Qateel Shifai, Tanveer Naqvi, Saifuddin Saif and Hakim Ahmed Shuja, all of whom were poets. 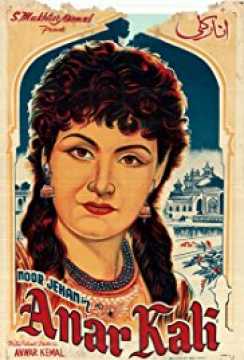 All songs of the film were hits and the compositions stand out for the brilliance of the music and lyrics. But the song ‘Kahan Tak Suno Ge Kahan Tak Sunaoon’, penned by Naqvi and sung by Noor Jehan, is etched in the memory of music lovers.

Interestingly, the song was originally written by Naqvi for the most remembered version of the romantic saga, Mughal-E-Azam. The story goes that K Asif wanted Naqvi to write the songs for his magnum opus and even called him from Pakistan, where the lyricist had shifted base in 1950. The progressive poet wrote a few songs for the film but had a falling out with the director and returned to Lahore thereafter. Thus, the song was offered to Anarkali.

Naqvi started as a lyricist in the Hindi film industry in the 1940s, starting his career with Swami (1941).  Music enthusiast Zulqarnain Shahid in a blog draws Naqvi’s lineage from a family of poets who originally came from Iran.

With a family immersed in poetry, literature and the arts, the Naqvi came to be influenced by the poetry of dissent that was directed towards the British empire. Shahid also notes that as a "die hard progressive" Naqvi kept the company of like minded thinkers like Faiz Ahmed Faiz and wanted their ideology to permeate the masses through the medium of cinema.

He wrote the lyrics for close to 200 films before moving to Pakistan. He was married to renowned singer and actress Noorjehan’s sister, Eidan Bai. The big hits of his career include Mehboob Khan’s musical hit Anmol Ghadi (1946) and Jugnu (1947) starring Dilip Kumar and Noorjehan.

With music by Naushad and lyrics by Naqvi, Anmol Ghadi (1946) has some of the most memorable melofies in Hindi cinema. 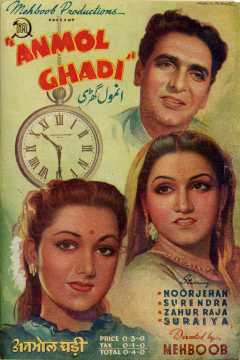 Noorjehan, Shamshad Begum, Suraiya, Zohrabai Ambalewali, Surendra and Mohammed Rafi, who got one of his early hits with 'Tera Khilona Toota', were the formidable singers for the film. Each of the legendary singers was an integral part of Hindi film music. But amongst these songs, the ones sung by Noorjehan stand out as being exemplary - 'Awaaz De Kahan Hai', 'Jawan Hai Mohobbat' and 'Mere Bachpan Ke Saathi'.

The first, a contemplative duet between Noorjehan and Surendra, has lyrics by Naqvi. In his book Bollywood Sounds, Jayson Beaster-Jones examines the musical and cinematic practices of Hindi films. He discusses the centrality of music in Anmol Ghadi and notes the importance of Naqvi’s poetic imagery where his lyrics address “the procession of the moon and the stars at the end of a long night of separation”.

Few people know that Mohammad Rafi was introduced to the Hindi film industry by Naqvi. Rafi had made his debut in Lahore as a playback singer in 1941 with the song, 'Soniye Nee Heeriye Nee' for the Punjabi film Gul Baloch (1944) and moved to Bombay in 1944.

Vijay Poolakkal in his book Remembering Mohammed Rafi notes that the singer had rented a room in Bhendi Bazaar at the time and it was Naqvi who introduced him to prominent film producers like Mehboob Khan and Rashid Kardar. But it was Shyam Sunder who offered him the opportunity to sing alongside another memorable singer, GM Durrani in Gaon Ki Gori (1945), thus making his Hindi debut with 'Aji Dil Ho Kaabu Mein To Dildar Ki Aisi Taisi'.

Naqvi was also the lyricist for Naata (1955), a film produced by Madhubala under her banner, Madhubala Pictures Pvt. Ltd. According to film-lore, Madhubala was keen to have Lata Mangeshkar sing for the film but the singer refused. The actress then contacted Naqvi’s wife, Eidan, who convinced the Mangeshkar to come on board. Written and directed by DN Madhok, the film was not successful at the box office. 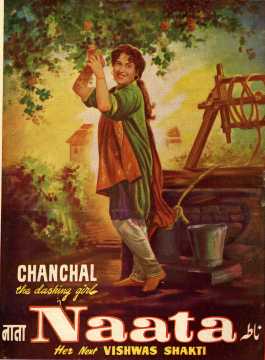 The writer would like to thank film music lover Gajendra Khanna for the valuable leads for this article.