From Rocky to Kaho Naa… Pyaar Hai: Star kids who were launched by actor fathers


Sanjay Dutt was launched by his actor father Sunil Dutt, who turned director with Rocky (1981). On Rocky's 36th release anniversary today, we look back at the films where a star kid was launched by a star father.

Sanjay Dutt, one of the biggest stars of Hindi cinema, completes 36 years in the industry today. His debut film, Rocky released on this day in 1981. It was directed by his father, Sunil Dutt, who himself was a famous name in Hindi cinema by then for his acting. Rocky was one of the six films directed by him. It became a perfect launch pad for Sanjay Dutt as there was no looking back for him from here on.

The film’s plot had ample opportunities for Sanju baba to showcase his heroism. He plays the title character who, during his childhood, loses his father after he is murdered. Circumstances are such that he has to separate from his mother (Raakhee) and live with his foster parents. Rocky gets to know the reality of his life when he grows up. He must now set things right and reunite with his mother. Ironically, Sanjay Dutt’s real mother, actress Nargis Dutt couldn’t see her son’s first film that handled a mother-son relationship. She passed away on 2 May, just four days before the film’s release on 8 May 1981 after a long battle with cancer.

On the 36th release anniversary of Rocky, we visit some films in which star kids were launched by their star fathers.

The millennium started with the rise of a star. Before the release of Rakesh Roshan’s Kaho Naa… Pyaar Hai, nobody would have expected a debutant to become an overnight sensation. But this is exactly what happened with Hrithik Roshan. He received unprecedented acclaim for his characters as Rohit and Raj, as well as for his dancing skills. Even 17 years later, Hrithik is still associated with his famous dance steps from the song, ‘Ek Pal Ka Jeena.’ In short, it was a dream debut for him. 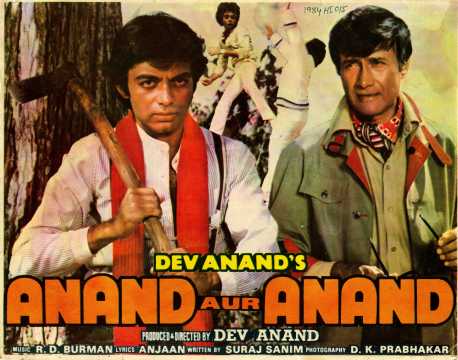 The title Anand Aur Anand roughly translates as ‘Happiness more happiness.’ But it had another meaning in the context of the film. It meant that the film has two Anands — Dev Anand and his son Suneil Anand, who made his debut. Funnily, the character names of father and son were Arun Anand and Varun Anand. Such creativity (or the lack of it) didn’t prove fruitful whatsoever as the film tanked at the box office and Suneil Anand’s career never took off. The film was one of the many directorial duds by Dev Anand.

Raj Kapoor’s Bobby has an interesting, emotional back story. The iconic actor had lost a lot of money in his previous venture, Mera Naam Joker (1970). It was a project close to his heart but it suffered huge financial losses. In order to pull himself out of the monetary mess, he made a love story with a completely novel pair of Rishi Kapoor, his son, and Dimple Kapadia. The failure of this film would have spelled doom for Raj Kapoor. Thankfully for him and his admirers, Bobby became a runaway success and two new stars were born. 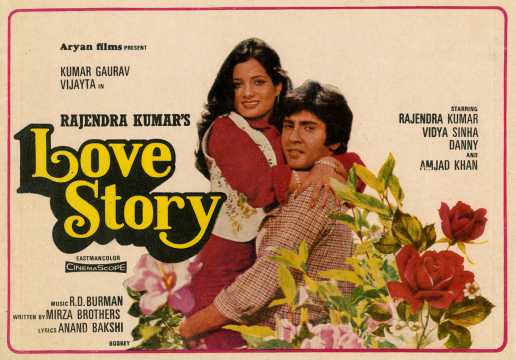 Rajendra Kumar was a known star in the yesteryears. He turned director just once, and it was for Love Story. It seems the only reason was to launch his son Kumar Gaurav. The end result not only turned out to be successful, but also helped Kumar Gaurav acquire overnight fame. Love Story is also known for a number of chartbuster songs like, ‘Yaad Aa Rahi Hai,’ ‘Dekho Maine Dekha Hai Yeh Ek Sapna,’ ‘Yeh Ladki Zara Si Deewani Lagti Hai’ and ‘Kya Ghazab Karte Ho Ji.’ Unfortunately, despite the instant success of his debut film, Kumar Gaurav failed to become a successful actor. 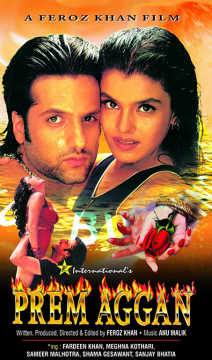 Like a number of star fathers, Feroz Khan took it upon himself to launch his son in Hindi cinema. Fardeen Khan entered the film arena with Prem Aggan, which also marked the debut of actress Meghna Kothari. Like a lot of debutants, Feroz Khan chose a romantic drama as his son’s first film. Unfortunately, the result was a disaster. The film was disliked and it also bombed at the box office. Fardeen Khan’s act too wasn’t deemed impressive. But that didn’t stop him from winning the Filmfare Award for Best Debutant for the film. 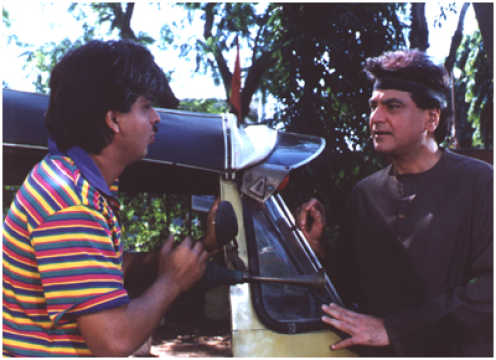 Dushman Duniya Ka is one of the most disastrous launches of a son by his father. The film revolved around Manzoor Ali, who played a youngster addicted to drugs. Jeetendra played his father. While the intention was noble, the film failed to show the dire consequences of drug abuse. Not many even noticed the film when it released. Even cameos by superstars like Shah Rukh Khan, Madhuri Dixit and Salman Khan didn’t offer respite. 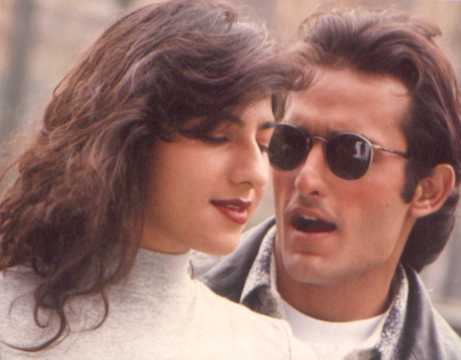 Vinod Khanna was one of the most iconic mainstream actors. He acted in more than 140 films but never thought of becoming a producer, except on one occasion when he launched his son Akshaye Khanna in Himalay Putra. The film had all the commercial elements — a rich woman (Hema Malini) falling in love with a middle class bloke (Vinod Khanna), lovers’ separation and union after ages, a son in search of his lost father and the usual dose of action and romance. But this wasn’t enough to launch Akshaye Khanna’s career successfully. Interestingly, just two years later in Rishi Kapoor’s Aa Ab Laut Chale (1999), the actor once again played the role of a guy whose father goes missing.

In 1995, yesteryear star Dharmendra took it upon himself as a producer to launch his second son's career with Barsaat. Directed by Rajkumar Santoshi, the film also marked the debut of actress, Twinkle Khanna. The film became one of the few successful launches of an actor by an actor father. Barsaat's music played a big role in the film's success. Interestingly, Bobby again did a film titled Barsaat in 2005, which didn't work.