Polymath, philosopher, poet, and storyteller, Rabindranath Tagore is to India what Shakespeare was to England. The national poet, and Nobel laureate, has wielded influence over politics, philosophy, religion and cinema. Over the years, Indian filmmakers have often turned to Tagore for inspiration. On the litterateur's 156th birth anniversary (he was born on 7 May 1861), we look at some of the finest films to have been based on tales from Tagore.

In an interview after the launch of his album 'In Conversation with Tagore', lyricist and director Gulzar said, "Sometimes I have weird thoughts like if Partition had not happened and if this refugee librarian from Pakistan had not come to India, what would have been my role? When he picked up the book and gave it to me (which I never returned), did he know? Was he aware of what he was doing? He was giving a total turn to my life."

The book was Rabindranath Tagore's The Gardener. It drove a young Gulzar, suffering from the after-effects of Partition, to poetry.

Gulzar has often spoken of the influence of Tagore on his work. He is not alone. From Satyajit Ray to Rituparno Ghosh, and several other filmmakers in between, Tagore's legacy has seeped into Indian cinema.

As mentor to Ray, inspiration to Gulzar, and muse to Ghosh, the bard of Bengal has found his stories recreated on screen with impressive regularity. Here is a list of films that are considered some of the finest cinematic renditions of his stories. 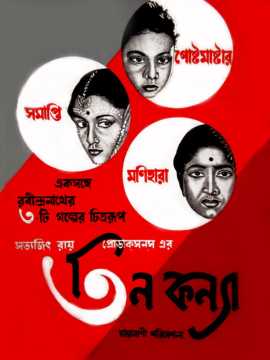 The origin of this anthology lies in the documentary on Tagore that Satyajit Ray shot for in the same year. Considering its origin in the post-Apu trilogy period, it is natural that the director chose to create an anthology on three of Tagore's short stories, Postmaster, Monihara (The Lost Jewels) and Samapti (The Conclusion).

Starring a bevy of talent like Soumitra Chatterjee, Aparna Sen, Anil Banerjee and Kali Banerjee, the anthology was a resounding success of both Satyajit Ray's cinematic ouevre and Tagore's narrative skills. It won the National award for Best Film in Bengali (1961) and the critical appreciation of the Bengal Film Journalists' Association award (1961). Overseas, it gave Ray's prestige a big boost by winning for him the Selznick Golden Laurel for Best Film at the Berlin film festival (1961).

Satyajit Ray's fascination with Tagore began long before he was even a filmmaker. As a young student in Shantiniketan, his prodigious creativity was nurtured by the great bard himself. A famous instance is that of Ray offering Tagore his notebook for an autograph, only to receive a handwritten poem in return. However, it wasn't till the completion of his Apu trilogy that Ray turned to the works of his teacher for inspiration.

Charulata (1964) was based on Tagore's novel, Nastanirh (Broken Nest). The story of a lonely housewife's fascination with her husband's writer cousin was reportedly based on Tagore's own relationship with his sister-in-law, Kadambari. The sensitive story found the perfect auteur in Satyajit Ray. The film was rejected by the Cannes jury but won for its director the Silver Bear for Best Director at Berlin (1965).

Four decades later, the iconic picturisation (and the tune) of Charulata on a swing singing Tagore's 'Fule Fule Dhule Dhule' was mirrored by Vidya Balan in Pradeep Sarkar's Parineeta (2005). Incidentally, Sarkar's film was based on an eponymous 1914 Bengali novella by a contemporary of Tagore, Sarat Chandra Chattopadhyay. 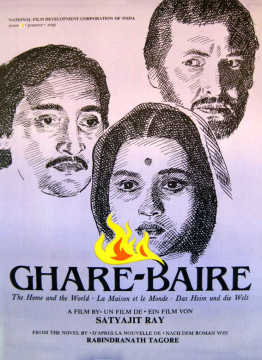 The last Satyajit Ray film to be based on a Tagore work was Ghare Baire (1984). Arriving in the latter part of the great director's career, it was a wonderful contemplation of Tagore's portrayal of a woman's idea of independence. Ray contrasted it against the imminent partition of Bengal in 1905. With Swatilekha Chatterjee, Victor Banerjee, Soumitra Chatterjee and Jennifer Kendal leading the cast, the film is a fine example of Ray's understanding of Tagore's ethos. 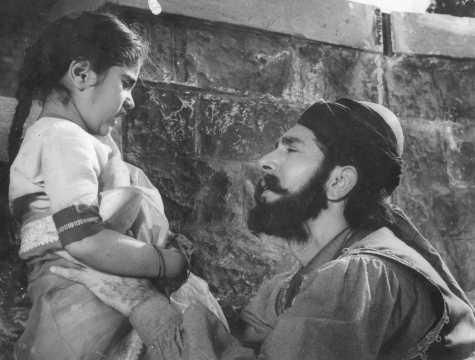 While it was Tapan Sinha who first adapted this brilliant short story about an immigrant's bond with a little girl who reminds him of home, it is Hemen Gupta's film that requires a mention. With Balraj Sahni playing the dry-fruits seller from Kabul with such adeptness and natural grace, it is easy to lose yourself in the story. Salil Chowdhury's beautiful music heightened emotions in the scenes, with the magical Manna Dey singing ' Aye Mere Pyaare Watan'. It was the perfect ode to nostalgia. 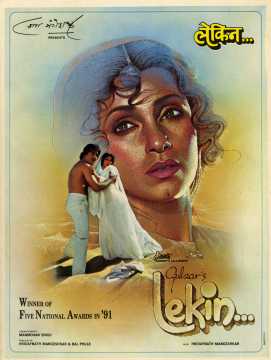 Despite all of his romantic imagery and spiritual inclination, Tagore also indulged in some pulp fiction. Kshudito Pashan is perhaps his only work of supernatural mystery. It was Gulzar who adapted the story into Lekin... (1991). A fan of the Bengali poet, Gulzar began his journey into literature by borrowing the poet's book from a library, never to return it. In Lekin..., he had Vinod Khanna and Dimple Kapadia add to the mystery with their brooding looks, backed by a fantastic soundtrack by the gifted Hridaynath Mangeshkar. The film went on to win National awards for Best Lyrics, Best Music Direction, Best Female Playback Singer, Best Art Direction and Best Costume Design.

While Satyajit Ray and Gulzar's works based on the poet's stories are well known, Kumar Shahani's little film, Char Adhyay, based on Tagore's last novel of the same name, is not. Shahani's choice of story adheres to his style as a cultural and social observer. Set in the Bengal Renaissance of the 1930s and 1940s, Shahani's film, and Tagore's story, focus on the destructive potential of any faith system that puts ideology above humanism. Shot with a cast of non-actors, barring Rajat Kapoor, by the keen eye of KK Mahajan, the film hits you hard with its sombre conclusion. 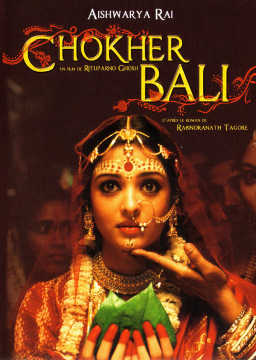 One of the more acclaimed filmmakers of India, Rituparno Ghosh had a long and productive relationship with Tagore. Like Ray before him, Ghosh returned to the bard regularly through his films. In an interview after his documentary on Gurudev, Jibon Smriti, Ghosh had said, "The other thing I realized about Rabindranath is that he is such a vast personality that every time you think you're close to knowing him, other aspects emerge that tell you how much more there is still to learn."

In Chokher Bali, Ghosh touched upon the subject of the forbidden desires of a widow in 18th century Bengal. It won the National award for Best Film in Bengali (2003) and the Golden Leopard at the Locarno International Film Festival (2003). It remains one of Aishwarya Rai Bachchan's best performances on screen. 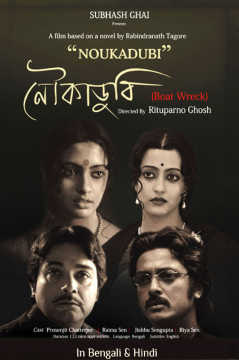 In 2011, Ghosh returned to one of Tagore's most popular stories, Noukadubi. A story about the mistaken identity of a woman presumed to have died in a boating accident, it had been filmed by Nitin Bose (Noukadubi,1946) and Ramanand Sagar (Ghunghat, 1960). Ghosh's film stands out as he only borrowed the skeleton of the plot from Tagore, recreating an entire story himself. While the traditionalists might consider this sacrilegious, it is a mark of Ghosh's prodigious narrative abilities that the film went on to win critical acclaim in Bengal.

This film was the beginning of Satyajit Ray's cinematic interest in Rabindranath Tagore. Made on the birth centennary of the great poet in 1961, it was a glorious tribute by one master polymath to another. In his documentary, Ray delved into the work, humanism and philosophy of his master. While hagiographical, it is nonetheless a wonderful watch for both sets of fans, of Tagore and Ray.

While Ray began his journey after Apur Sansar with the documentary, Ghosh ended his career with one. This beautiful dramatic recreation of Tagore's life was the last project Ghosh was involved in. So much so that even as the director struggled with health complications he refused to let go of the project, and would direct his crew from his hospital bed. Though the film was lost amid the tributes to Ghosh, it remains testimony to the influence India's national poet had on some of its best filmmakers.