We remember the forgotten composer and singer of the 1940s and 1950s on his 97th birth anniversary today (6 May). 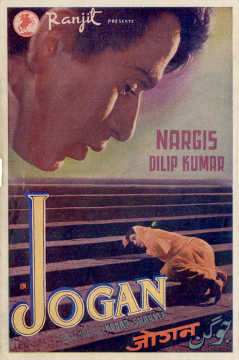 Bulo C Rani’s father Chandiramani was also a music director; that explains his love of music from a young age. As a young man, he travelled to Lahore to meet Ghulam Haider where he was recording Noorjehan’s famous song, ‘Tu Kaunsi Badli Mein Mere Chand Hai Aaja’ from Khandaan (1942). However, the master music composer did not take him on as an assistant.

Luckily, lyricist DN Madhok noticed of Bulo C Rani and took him to Mumbai. There, Madhok introduced him to Khemchand Prakash, who did take him as an assistant. Early on, Bulo C Rani formed an association with Ranjit Movietone for whom Prakash composed the scores of Chandni (1942), Dukh Sukh (1942) and Tansen (1943).

In the beginning Bulo C Rani probably had aspirations to become a singer but settled down to composing score for films. His mentor Khemchand Prakash gave him the song ‘Ruth Na Pyar Mein’ from Maheman (1942), but the singing offers were few and far between. Beginning with Caravan (1944), he composed film scores for over 60 films ending in the 1960s.

He worked with singers like Shamshad Begum, Suraiya, Lata Mangeshkar and Mukesh (who had his first hit in the film Moorti) but Bulo C Rani was also known for his qawwalis like ‘Humein Toh Loot Liya’ from Al Hilal (1958) which has had several renditions over the years.

In his last film, Sunehre Qadam (1966), he composed the melancholic ‘Mangne Se Jo Maut Mil Jati’ sung by Lata Mangeshkar. Sadly, the offers stopped coming as other music composers like Shankar-Jaikishan and OP Nayyar became more popular. After years in shadows, on 24 May 1993, Bulo C Rani died by suicide at age 73.