The actress is not perturbed by the low commerical returns of her last film as she gears up for her next, Sarkar 3.

Hindi gangster films often show women as being caught in the crossfire, with the hero avenging the loss of his beloved. Ram Gopal Varma’s Sarkar 3 will break the myth of gangster films being male bastions with a couple of women playing grey characters. Veteran actress Rohini Hattangadi and actress Yami Gautam will lead the way for grey women characters in Sarkar 3.

Largely known for playing a girl-next-door, Yami not only wields the gun, but also displays the right attitude and swagger for her character, as seen in some trailers.

Yami began her Bollywood career with Shoojit Sircar’s highly successful Vicky Donor (2012). She faced her share of struggles, before being cast in Rakesh Roshan's revenge drama Kaabil (2017) alongside Hrithik Roshan.

Yami spoke to journalists about Sarkar 3, how she enjoyed playing a grey character, why she hates noise, why she's least affected by all the gossip around her personal life and more.

Excerpts from the interaction:

You’ve been around for a few years, done some good films, but unfortunately, in a couple of them — Badlapur (2015) and Kaabil (2017) — your character dies early. Looking at the trailer of Sarkar 3, your character seems to be avenging her father’s death at the hands of Sarkar. Your fans must be fearing and hoping that you won’t die in this film.

Well, you’ll have to watch the film to know that. I play Annu Karkare, whose father was killed by Sarkar. So, she wants to get at Sarkar at any cost. I will not like to say anything else.

Prior to Sarkar 3, we were used to seeing you in romantic dramas. What was your reaction when Ram Gopal Varma first offered you the role?

I was definitely surprised. Though exciting, I was intrigued, wondering 'what am I doing in this film?' When he told me that you play a grey character, I asked him, ‘why me?’ and he said that's because we’ve seen you in a certain genre of films, and it will be very exciting to see you in this way, in such a role and you’d do justice to the character.

As an actor, I want to bring out my versatility. Sometimes, you come across roles where you think he or she is trying too hard, but I don’t see that happening with Sarkar because there’s nothing black and white in the film. Something like this really fits very seamlessly, and your presence is justified.

How do you get into the skin of a character that you’ve never played before?

For Kaabil, I had worked very hard, physically and emotionally. I’d just wrapped Kaabil and two-three days later, I had to start shooting Sarkar 3. I asked Ramu sir, 'what is it that you want me to do? Should I read some books or watch some films?' I hadn’t even seen a gun in real life. I’d never done an action film before. All he said was ‘nothing, just come the way you are’. It was important to first get the look of the character right. Styling is not just part of your vanity, it’s about looking apt for the character.

Ram Gopal Varma doesn’t say much. After each shot all that he would say is 'okay'. After 3-4 shots, I asked him 'am I doing just okay?' He then said that 'my okay means excellent'. Other actors were given some brief, but I wasn’t. When I asked Varma about it, he said there’s a reason for it, there’s a mystery about Annu. If I tell you tell 10 things, you will come back with 30 things. I just don’t want you to come with any excess baggage.

As an actor what did you discover about yourself while playing this role?

It’s common for actors to say that they would love to experiment, but it’s also very important that you get to experiment. You don’t want be monotonous. You need to reinvent yourself, that is what I discovered. The fact that Kaabil paid off, gave me so much confidence. I’m not talking anything about Sarkar 3, but I’m just happy that it’s given a different boost to pull off something like Sarkar as well.

What’s the most challenging part of doing an action film?

I’m petrified of noise. I used to be one of those kids who used to hide under my bed during Diwali. Till date, I’ve never had a single balloon on my birthday. When we had to shoot, I thought the action scenes will just be symbolic in nature. I just have to hold the gun. The day when we were to shoot, our action director Alan Amin asked me to rehearse. I asked him whether there’ll be noise. He said of course, it is not a Diwali firecracker. I fired and the noise was deafening. I didn’t want to tell anyone that I have this phobia. I gave two trials and then I locked myself inside the room. When the moment came, I told myself, 'if I’m scared then I’m not getting into my character'.

Speaking of Kaabil, as good and well-intentioned it was, sadly it didn’t do all that great. The box office clash with Raees did hurt both films. Having recommended the film to a few friends, mainly working women, they all came disappointed saying they don’t like to watch rape or violence in films. How do you react to this? 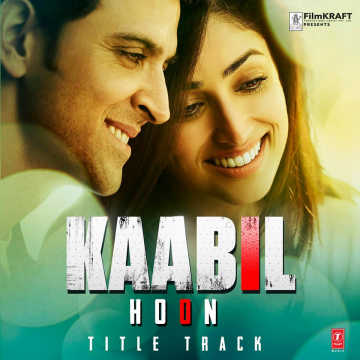 I think Kaabil earned respect. It wasn’t just about rape or sexual violence, it was also about a visually-challenged couple. I respect somebody’s personal choice if they don’t want to watch violence, but I will not judge anybody. That doesn’t mean the reality goes away. I feel a lot of people were touched by the film. We live in times where one’s personal opinion is taken too seriously. Kaabil was not about making you happy or sad but the film was about showing a different perspective (blind couple) in a different way. We didn’t project the blind couple in a sympathetic way. That’s something which hasn’t happened before.

You graduated to films from TV. After a good (Hindi) debut Vicky Donor (2012), you struggled before bagging a film like Kaabil fours years later. How tough was that period?

It wasn’t an easy phase. I was very upset and heartbroken. I used to fear facing the media being asked about how my films didn’t do well. You ask yourself 'how will I answer this question'. You start running away from it. Handling success is a process, similarly handling failures too is a process. The key is to just keep working hard. You could take solace from the fact that you’ve done well in a (flop) film, but even if you weren’t, you just have to work harder on yourself. Maybe I needed to get fitter, work on my skills, improve as a dancer. The day you start respecting what has not worked for you and start accepting it, then magic will happen. For me that magic was Kaabil.

Biopics are in vogue today. Is there any biopic that you’d like to be part of?

May be Indira Gandhi or Madhubala.

A lot has been written about your personal life, you’ve been linked to couple of noted actors (Pulkit Samrat, Farhan Akhtar), but it’s seldom that you’ve commented on such stories. How do you react to gossip stories about you?

There are times when you feel very tempted to speak, but the fact that everybody is talking there is no voice, then it becomes noise. However, I will not tolerate anything that comes to my family. You require a lot of patience. That is when your upbringing comes into play. I don’t come from a background where I believe in cheap retaliation. I come with a certain grace and dignity. It’s only your work that answers anything.

You’ve earlier spoken about your phobia of making noise. It is said that empty vessels make the most noise. Scratch a spoon into a steel vessel and it can lead to disturbing sound. Have you ever experienced that?

Yes, my cousin used to do this and I hated it. I don’t like music in the gym. I just like to focus on my breath. Sometimes, it is too disturbing. Dancing to music though is my passion.

You seem to have got a pretty grasp of Ram Gopal Varma’s Telugu accent. Were you imitating him on the sets?

Yeah, not when he was around, but I’m sure he must have learned of it. We were a girl’s squad (my manager, make-up artist, stylist and costume designer). The only girl team on the sets. Rest were all guys. I think we petrified people on the sets in a subtle way because ours was the only room where you could hear the hee-haa (laughter).