Apparently, a few weeks ago, the poster had appeared briefly on the Yash Raj Films official website before it was removed.

Each aspect of any Aamir Khan film gets a huge response from fans, especially across social media. Neither Aamir Khan, Katrina Kaif nor Amitabh Bachchan has posted anything on social media, but many entertainment portals have been posting about the logo of Thugs of Hindostan.

While Yash Raj Films is yet to update the development on the Thugs of Hindostan social media pages, the film logo is up on their official website.

Apparently, a few weeks ago, this poster had appeared briefly on the Yash Raj Films official website before it was taken down.

Directed by Vijay Krishna Acharya, Thugs of Hindostan is set in the pre-Independence era. Khan and Bachchan are playing the lead roles, while Kaif and Fatima Sana Shaikh are also playing pivotal roles.

Meanwhile, apart from the logo, a couple of pictures from the sets somewhere in Europe also went viral. Shaikh is seen posing with Khan, but the location is not clear. 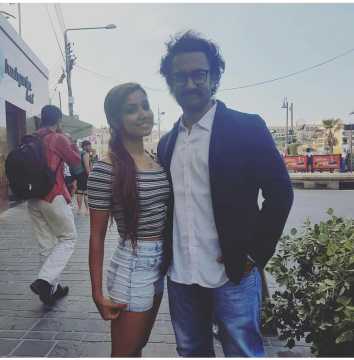 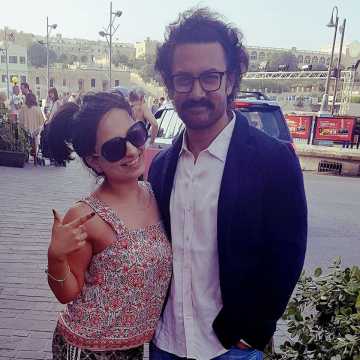 Apart from its intriguing subject, Thugs Of Hindostan has made news for Khan’s looks. Khan is sporting a beard and a nose ring in the film.

Thugs Of Hindostan is set to be released in Diwali 2018. It’s a maiden film together for Khan and Bachchan.