They just want me to be silent: B Suresha on his love for cinema


In an exclusive chat with Cinestaan.com at the recently concluded Habitat Film Festival, the filmmaker talked about his idea of filmmaking and the straddling of three mediums — theatre, television and film.

Theatre veteran, writer and National award-winning filmmaker B Suresha attended the Habitat Film Festival and presented his latest Kannada film Uppina Kagada (The Sandpaper). With sparse dialogues and an evocative musical score, the film addresses the issue of religious intolerance. In an exclusive chat with Cinestaan.com, he talked about his idea of filmmaking and the straddling of three mediums — theatre, television and film. The Habitat Film Festival concluded on 28 May.

The commercial possibilities of art cinema have been discussed at various forums at the Habitat Film Festival this year. Given that it is not always possible to commercially release films that lie outside of the popular, mainstream mode, what has been the commercial reception of your films?

My first film Artha (2003) did very well and ran for 50 days in the theatre. With minimal investment, we recovered the costs and made a profit as well. The producers decided that they did not want the profits back and allowed me use it as seed money to start Media House Studio.

Putakkana Highway (2011) collected much more money than Artha. The theatres had declined to give us screens so we created Touring Talkies, through which screenings were organised in remote villages of Karnataka in school auditoriums and small halls. We kept Rs10 as the ticket price and those who were interested came to watch the film. Through this method, Putakkana Highway made much more money than the previous film, which was really a miracle!

That’s really a novel marketing method! Did you employ it for other films as well?

We did, but unfortunately we did not receive the same response. Unless a film connects with the audience, it will not get money.

In a session at the Habitat Film Festival, Buddhadev Dasgupta said that a director has a responsibility of returning the producer’s investment and to ensure that the film at least recovered its costs. Would you agree with the statement?

Putakkana Highway (2011) was screened for Members of Parliament who were disturbed by the film and it eventually helped in bringing a change in the Land Acquisition Act. So, any film must talk to the audience. In my case, the people who invest their money in my film are ordinary people who put in their hard earned money so the amount must come back to them. No capitalist will support me, so I have to raise money for my own films.

With an increasing number of regional films making their mark in India and internationally as well, would you say that Hindi films are slowly losing the prime position that they enjoyed in our country?

The federal structure in our country gives prominence to Hindi but the regional voices are very strong and will pop up. Sairat (2016) for example, is about caste based violence. The theme is not new as there are lots of films made on this subject. But Sairat came at a time when Ambedkar was gaining popularity and there were several events unfolding in the country at the time which made the issue relevant. The film came up at the right time, which is also the reason why the remake of the film failed in other languages, as they were not as relevant.

Even in films like Dangal (2016) and Sultan (2016), why have local dialects been used instead of chaste Hindi? It is an example of the ways in which regionalism pops up when the federal structure imposes itself.

All your films engage with various social and political issues. Do you feel that films have a responsibility to be socially engaged?

There are films like Ardh Satya (1983), Tamas (1987) that contributed to the thinking of the people. Films like this do not make the change but they rake up discussions. My films have also probably done so. Films can initiate discussions and ignite a spark. That much they can do but films are also about the inner journey of the director or narrator. 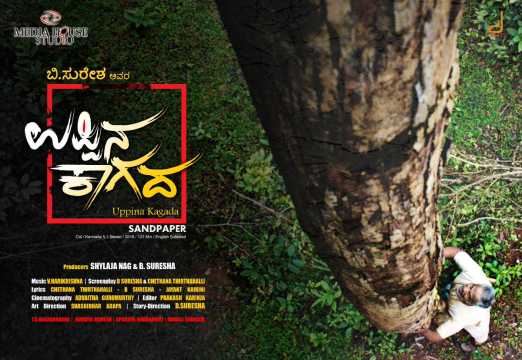 Films like Sultan and Dangal took up certain issues and found widespread appeal. Your films have engaged with various social and political issues but the treatment is very different. Wouldn’t you want your films, which make us think about larger issues, to have a larger appeal?

In an idealist state, yes but I can make those kind of films in Paris, but not in Germany or even in India. Our open market economy will not allow me to show something ugly.

In my [2016] film Devara Naadalli (In God’s Land), I explored fundamentalism, divisive politics and certain realities of our society. The reaction to the film was such that I had to travel with bodyguards. Even though the film had glamour and love, the majority of the crowd could not digest it and I was trolled like Arundhati Roy. They tried to instil fear in me but despite that I talk.

There is a play that I have just written which translates as Tiger in my Kitchen which is about how Facebook and Whatsapp can make a Prime Minister out of anybody.

Even Uppina Kagada (2017) does not emotionalise the issues so it cannot resonate in the popular realm. It will have a very small audience.

Any media by itself is not harmful, it is the mindset of people that is important. In social media, as individuals, we are connected to a certain group of people. When they comment on your posts, they can either instil fear or confidence in you.

A friend of mine made a joke on Lalu Prasad Yadav on Facebook. I commented that under him as Railways Minister, the Railways actually made a profit. In response to that people started saying that I am a leftist, I should be killed… etc. They just want me to be silent. But we should not stop inspite of all our fears. This is the most important thing.

You work in various mediums — theatre, television and film and you’ve mentioned that television has been the bread winner in your career. What is the differentiation in these mediums for you?

Theatre is my passion. If you give me two people, I can have a performance right here! Television is my bread and butter. I am called a serial killer because of the numerous serials I have made on the in-laws! And cinema is poetry, it is my dream.

When I think of a play, I think of two people talking, for television I think of an epic story that is never ending and for cinema I think of an image like that of a river and house, like the kind seen in Uppina Kagada.

In Devara Naadalli (2016), it was the image of a body sailing down the river which made me make the film and in Putakkana Highway (20111), I had seen a snail crossing the highway and that image made me make the film. In cinema, image is the text. In television, dialogues are the text and in theatre, performance becomes the text.