Konkona draws it out of you instead of demanding it: Ranvir Shorey on A Death In The Gunj


Shorey, Vikram from A Death In The Gunj, speaks about balancing movies and theatre, the independent cinema scene, and director Konkona Sensharma.

Since the beginning of his career, Ranvir Shorey has stood out for his daring choice of characters in standout films. Shorey's friendly humour often belies the serious brain that lurks behind it. As Vikram in Konkona Sensharma's A Death In The Gunj, he brings an unbridled sense of enthusiasm bordering on bullying to the screen. It is his character that is the driving force of action in the mellow film. It is through him that the simple mischiefs wander into dangerous territory.

In an exclusive conversation with Cinestaan.com, Shorey spoke about signing on for A Death In the Gunj, Sensharma's directorial style, and the changing scene of independent cinema in India. Following are excerpts from the interview:

What were your expectations when you signed on for the film?

Oh yes, it was good. I am very careful about the scripts that I commit to. Of course, this one I saw evolve in front of my eyes. It was always nice, the idea was always nice. But the script when it finally came out was also a pleasant surprise because it was a good read. Konkona has a certain sensibility which is kind of a guarantee. It was good to see that in the script.

Your character, Vikram, has the same traits of a bully that Vikram from Titli (2014) had. What attracted you to the character?

I don't think you can compare the two characters. In Titli, my character was far more violent, suppressed. While Vikram [in A Death In The Gunj] is anything but suppressed. He is a flamboyant guy who is a spoilt brat. If a spoilt brat were to grow up and become a 30-year-old then it is Vikram. He has an unbridled personality, doesn't hold anything back even if it is childish. He will even fight Tani for a lollipop if it comes to it. 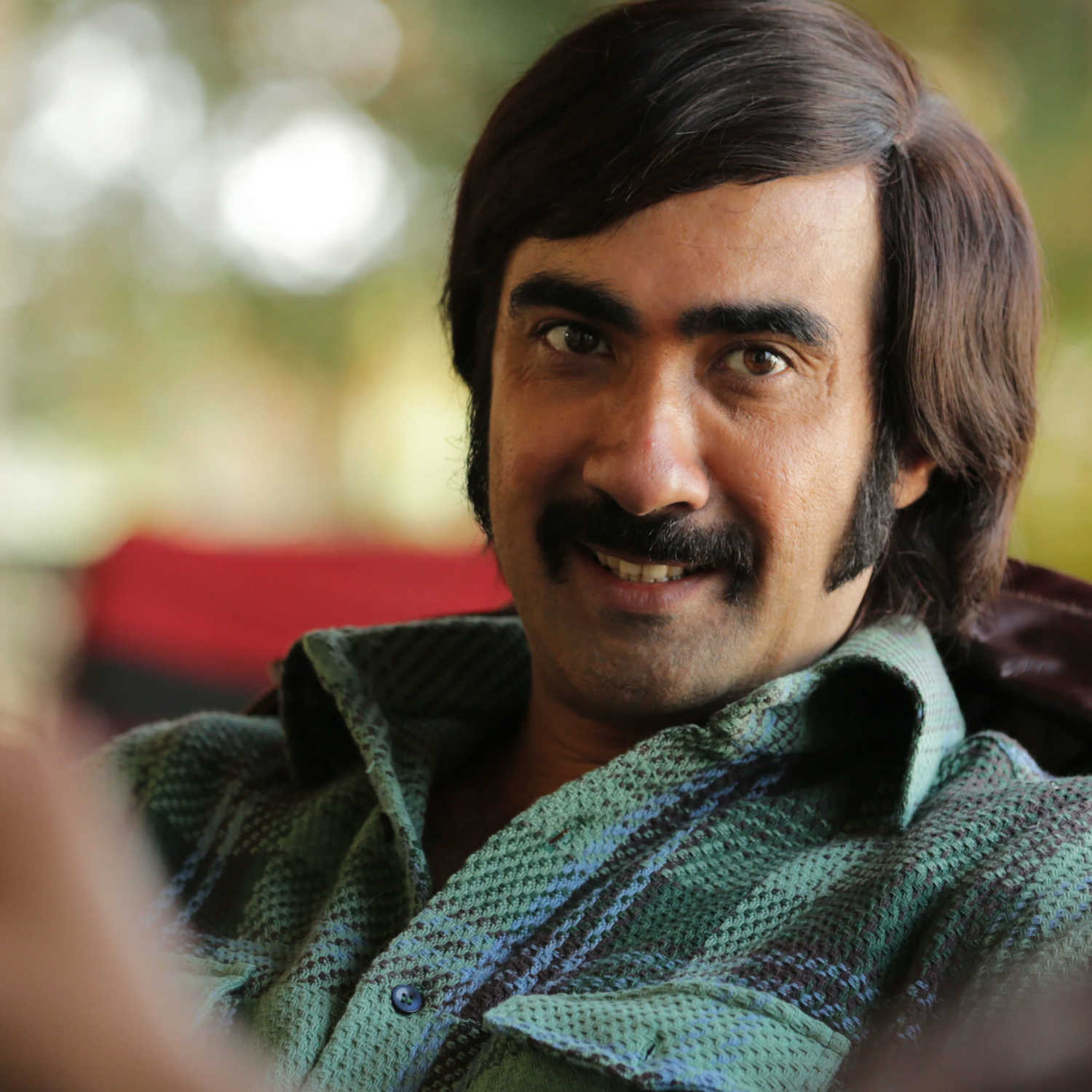 That said, you have picked your characters, and films, quite carefully.

Well, reasonably carefully, because sometimes you just have to take work because there is no other work. I wouldn't say that I am extremely picky. But yes, whenever I get a chance, I do tend to make careful choices.

Did it make things easier to have a familiar cast on the project? Does it matter to actors?

Of course, it makes things easier. Any relationship, if you are friends, if there is an understanding, it makes any job easier. So yeah, it was like a big picnic in Jharkhand.

You spoke of Konkona's sensibilities as a director and storyteller. Could you elaborate?

One thing that was nice about Konkona, apart from the fact that she had absolute clarity on all the characters — there are 10 personalities, very distinct from one another, and their dynamic with each other; it's like an ensemble piece — she not only had absolute clarity about each character, she also has a softspoken way. She draws it out of you instead of demanding it out of you. Which is a good thing. A director does not always have to be a badass on the set. So, if you have someone polite on the sets, it helps.

You have a couple of interesting projects on hand. In one, you are playing a clownish Macbeth in Rajat Kapoor's take on Shakespeare.

It is anything but Shakespearean. It kind of deconstructs Shakespeare as clowns. It is fabulous. I was part of the first clowns piece that Rajat had directed, called C For Clowns, way in the early 2000s. Then they started adapting Shakespeare for clowns. I stayed away from that because I was not sure if I should continue with this exploration as clowns. But then, finally, I saw two-three of those pieces, Hamlet and Lear.

It was actually in Lear that I first saw shades of the journey of these clowns into darker areas. It is quite interesting. So, Macbeth I was very keen to be part of because there are several darker emotions that are great to explore as clowns with the kind of clowns that we do. To constantly tell the story while puncturing it at the same time. It was a little exciting for me. It has been fabulous, and I am really enjoying it. We have done an all-India tour, and we might travel to Singapore with it. It's really nice because I like to go away and come back to it again and again. I feel it helps me to grow.

Is it difficult to manage between theatre and films?

I haven't done a whole lot of theatre. I don't do more than one play at a time. I have done about four so far from the time I started acting. I did The Blue Mug, C For Clown, Beyond Therapy, and this is my fourth outing as far as theatre is concerned.

Theatre takes up a lot of time. You end up spending a lot of energy, with people. So you have to be sure about which people and what you are working on. Again, except Beyond Therapy, most of the things fall under experimental theatre because they are devised pieces. I like to do theatre more than anything because for me it means to break ground for your craft. I like to work with people who inspire, like Rajat, Vinay [Pathak] and Atul. They are a pleasant lot to hang out with.

My commitment to theatre is not that if I have any free time I have to do theatre. I am very happy sitting at home, watching my TV, reading my books, spending time with my kid. As long as I have enough work to afford that.

I have also done my first web series based in New Jersey, Metropark, that should be out soon.

For me the format doesn't matter, as long as the work I do is exciting.

Which brings me to the question of platforms for actors. As an actor, are you willing to try every platform that comes your way?

Well, it is a big trap for an actor to try everything. No matter how hard you try, you end up looking like you are doing the same thing. The more work you do, the more you are putting yourself out there. I like to save it.

How did the web series, Metropark, come about?

Well, Liju George approached me. They had worked on a Malayalam web series which was a huge hit. This kind of takes off from their original series, but it is a Gujarati family in New Jersey. I had done an almost similar Gujarati character in Honeymoon Travels Pvt Ltd (2007). Since then, even I have felt that the journey of the character was incomplete.

This is a very nice script. Purbi Joshi was cast as my wife, Omi Vaidya and Vega Tamotia playing the other couple. Great team, and great writers. It kind of fell into place. Also, they were the only people to give me all 10 scripts [for the season] up front.

People talk about the great year for small films and independent cinema. As someone who began in the early years of this small film revolution, do you think there is a risk that with an increase in the number of new small and independent films, the quality of the content might decrease?

I think it is the same cycle again and again. One indie film does well, 10 get greenlighted. Out of which seven will flop, a couple will do okay. Then the money moves away from the scene again, to the mainstream. Then again, one film rises. That's the way the cycle goes.

Films cost money. Even a small film costs Rs3 crore. So when there is so much money spent, it needs to be recovered. The pressure is on the producer and financier to get that money back. It is much easier to do that in the mainstream because you are catering to the audience. It is not that easy in independent cinema because you are trying to push the envelope.

Therefore, I think it is more important for filmmakers to be consistent and sure of what they are making. Don't make bad films in the name of indie cinema, because it kind of hurts the whole movement.

Although it is the same in the mainstream. If you have one big mainstream film working, 10 similar formulaic films go on the floors. Not all of them do well, but by and large more money hits these films because that's the big juggernaut of the star system and theatres and distribution.

In this scenario, how do you perceive the reception for A Death In The Gunj?

Well, any plans of turning director?

I get asked this a lot. I don't know what about me is making people feel that. I started off wanting to be a filmmaker. So, I still consider myself a wannabe filmmaker. The 'when', I don't know.

Any other projects that you might let us in on then?

Well, there is Nila Madhab Panda's Kadvi Hawa. That is a film I am quite looking forward to, in fact, quite proud of. I have seen the first cut now, so I can say it. It has turned out quite well. I have done a couple of children's films, one of them again with Nil Madhab Panda, Halka, which we just finished shooting. There is another film called Tennis Buddies.

Since I have become a father I have been more emotionally attracted to these kind of stories. That's it, and I have my play going on.

A Death In The Gunj