Interview: How being lazy turned Gulshan Devaiah into an actor


His performance as the sex maniac in Hunterr (2015) or as the psychotic 'KC' in Bejoy Nambiar's Shaitan (2011) have marked him out as an actor with a difference. On the eve of his birthday (28th May), actor Gulshan Devaiah spoke with Cinestaan.com about his journey from NIFT to A Death In The Gunj.

Gulshan Devaiah is every bit the Bengaluru boy. In a sufficiently suave accent, you can still find hints of the Kannada don that made him famous in Anurag Kashyap's That Girl In Yellow Boots (2011). Speaking with Cinestaan.com on the eve of his 39th birthday, Devaiah is 'chilling', he says. A knee surgery might have rained a bit on his birthday parade, but the actor is quite excited.

In Konkona Sensharma's directorial debut, A Death In The Gunj, Devaiah plays a straightforward ordinary Nandu. His only flaw is in being an overbearing brother to the protagonist, Shutu (Vikrant Massey). With the film set for a 2 June release, the actor has several reasons to be optimistic.

In a frank and casual interview with Cinestaan.com, Devaiah spoke about the decision to turn actor, and the factors that influence his choice of roles.

What are your early memories of Bengaluru?

Well, lots of memories. The city being very green and quiet. I grew up in the north side of Bangalore, which was Bangalore rural at that time. It was a really pleasant time to be there. There were mango trees, avocado trees, the roads would be carpeted with flowers.

I was an only child, so I remember playing by myself a lot. I used to run around the house and play out stories by myself. Those were the early days when I started. I didn't really know I was going to be an actor, but I would read stories. My grandfather would narrate stories from the Ramayana and the Mahabharata. I would just make up stuff, and play characters from the stories.

You graduated from the NIFT, and taught at Wigan and Leigh before working in the fashion industry. What attracted you to the stage?

I always considered myself as an actor. My mother used to be a fine actress on stage. My dad also did (theatre) a little bit. Although he was more interested in music. He was a singer. Both of them were amateurs. They never really pursued the talents they had professionally.

I used to do a lot of work since I was 5-6 years old. In school, I used to be part of play groups, and performed in different plays. I am convent educated, so the nuns and the priests would always encourage me to a lot of extra curricular activities like music, group singing and all that.

At home as well, I was exposed to that environment because my mother would do at least two plays a year with the public sector company that she was working in. I kind of developed a liking for the Hindi film industry as well. There was no Bollywood then.

That fascination for cinema was there. Stage was the closest thing for me to do. Being in front of the camera was impossible. It was a stupid, childish dream. On stage, I learnt a lot of stuff. My whole perception about acting changed.

You do have a penchant for picking some quirky roles. The don, Chitiappa in That Girl In Yellow Boots. Then there was Hunterr. What do you look for in these scripts?

Initially, when you come here, you just hope for the best. You do whatever comes your way. I was sufficiently lazy enough not to attend too many auditions. In my first year, I did seven auditions. People do that in one day.

I was really glad that somebody like Anurag (Kashyap) took a chance with me. He recognised that I had talent and gave me the opportunity and platform to express myself as an actor. He gave so much liberty to that role. I also played to my strengths with that one. I had just come from Bangalore, and he said that 'create something around which you grew up'. I knew a lot of guys like Chitiappa Gowda. It was an amalgamation of the ruffians I had seen when I was in my teenage.

After that, once you get going you try to make the right choices. I read sometime ago what Robert De Niro said, 'The real talent is in making choices.' I guess the choices as an individual, as an actor, the choices you make while you're acting in the roles you pick as well. It does apply to a variety of things.

By nature as well, I am a guy who likes to try sort of different things as an actor. It is a costly affair though. You end up doing less work because you can't do whatever comes your way. I have had to turn down 10 times more than what I have said yes to. I try and use my instinct. If I connect with the script and the people I am working with, that is also an incentive.

The script, the role, the people you are working with are equally important.

How would you describe yourself as an actor?
Right now, a good actor. That's it. I'd like to get as far ahead from there as possible.

Hunterr (2015) was one of the more interesting projects you took up? How did you happen to pick that project?
I just got a random call from director Harshvardhan (Kulkarni). I wasn't doing any work then, so I went to meet him. He narrated the story to me very briefly and said 'I'll give you the script. You read the script, and let me know your interpretation.' 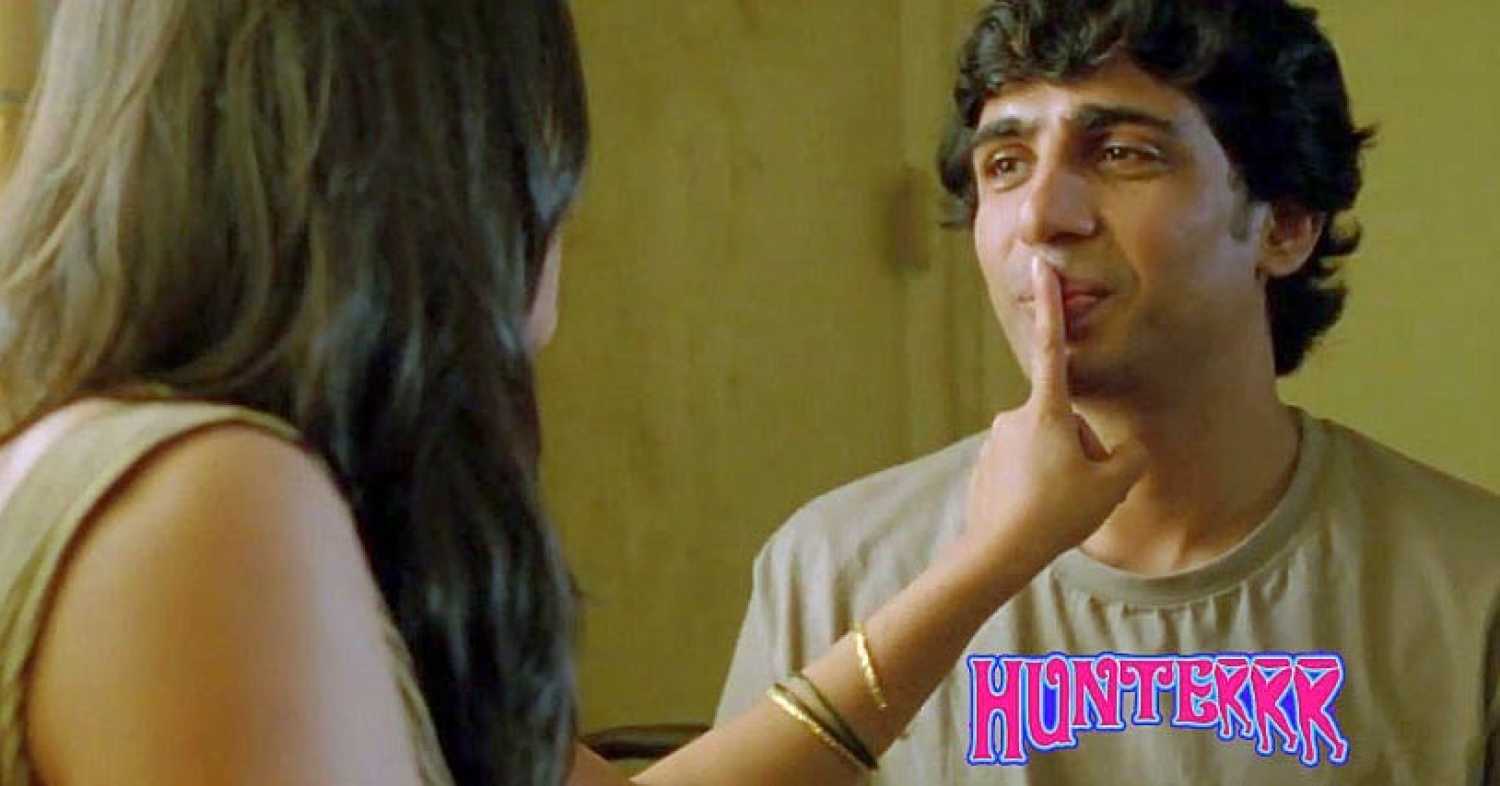 I read the script and it was funny. I was glad that somebody was offering me a very slice of life Amol Palekar-ish comedy. So, when I told him that, he said 'You've completely understood the middle class milieu of the film'. I guess that's what Mandar Ponkshe is in these times.

It was just waiting for me. Call it destiny or luck, but it had to be made with me I suppose.

Incidentally, in A Death In the Gunj, you play a straight guy. The overbearing brother to Shutu (Vikrant Massey). Take us through how that role happened for you?

Actually, I did not want to do that part. I wanted to do Vikram's part (played by Ranvir Shorey). I would have sort of enjoyed playing Vikram rather than Nandu, but it went to Ranvir, who is a great actor and a close friend.

But, I was just happy to be part of a film which had such a wonderful ensemble cast. I have rarely worked with a better ensemble cast than I did on A Death In The Gunj.

We had a lot of workshops after we finished the script. We also had Atul Mongia conducting workshops with us, to get us to bring ideas to flesh out the characters in our own way.

I, initially, based it a lot on my father. My father would have been around that age, similar to what Nandu's age was in the film. My starting blocks was basically that. Then, as I interacted with other actors, organically, it deviated from being just my father.

You do the scene, you do the groundwork and preparation, and then let impulse take over.

It was Konkona Sensharma's father who wrote the story, and it was based on a real life incident they witnessed? Did that play into the preparations?

The character I play, is sort of based on her father. That's what I remember her telling me.

Another film that people have been waiting for is Peddlers. The film has been stuck for a while, despite receiving some great reviews in festivals?

A film which so many people have seen and appreciated, calling it one of my best works so far. This was back in 2012, and it still hasn't seen the light of the day.

Whether they like the film or not is a different matter, but this is something that is part of the game. It is how the industry works, and there is only that much control I have over it. It is much more complicated than that.

I am not saying it is a good film or not, that is for people to decide. But you need patrons to back these films and help get it out. This is how art grows.

A film does not need to be commercially successful, but it inspires another generation of filmmakers, artists, writers, technicians, etc.

The internet has added a new dimension for these technicians and filmmakers now. So, will you ever walk that path?

I have acted in a few. I am not particularly keen on them because my first love is cinema. 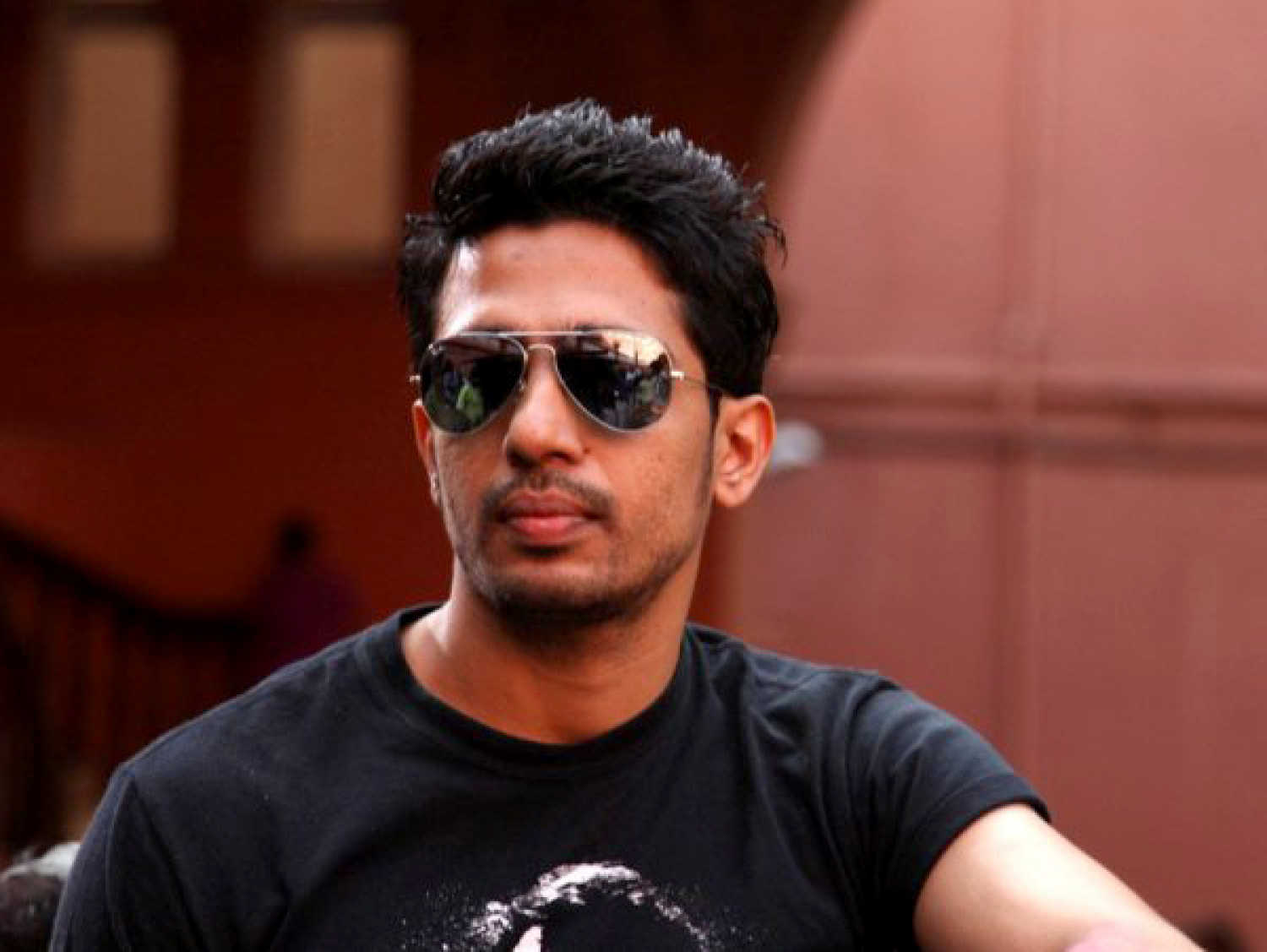 I have done a webseries with Eros called Smoke. I've just finished shooting for it in April. I had a long three-month shooting schedule with them for 12 episodes. It is a gangster drama.

Again, it is an enjoyable experience with an ensemble of actors. It seemed very interesting and the fact that it was only for the digital medium.

I am open to it, as long as the project is interesting for me and I get to do good roles. Sort of, you know, take a forward step as an artist and a professional.

Your wife is an actor. She has been part of theatre for a long time. Does she ever critique your roles?

Yeah yeah. She critiques me a lot. She has a lot of wisdom when she critiques my roles. She has the ability to be very objective. Herself, my mother and my father are my most trusted critiques.

And of course, myself. You know when you havedone shit work (laughs). Deep inside you know it's bad.

Do you have any other projects coming up?

I have a couple of films. One is a bilingual in Hindi and Marathi called Daav/Haadsa (Hindi). It is produced by Oddball Entertainment, producers of the upcoming Behen Hogi Teri. I play a CBI officer in pursuit of a serial killer. A drama thriller, to say.

I have this and Smoke. Currently, I am just chilling. I have had a little thing with my knee, so I have some downtime now.

So, birthday plans out the window?
I do have my birthday coming up this weekend. I won't be able to dance though (laughs).

A Death In The Gunj