The filming of the sequel to the surprise hit is expected to start in a few months.

Amidst the big blockbusters, Sultan and Dangal, that released last year, a little film about a runaway bride to Pakistan managed to become a surprise hit of 2016. Starring Abhay Deol, Ali Fazal and Jimmy Shergill, with Diana Penty as titular bride Happy, the film’s ending left many wondering what would happen next to the gang.

Since then writer-director Mudassar Aziz has been working on a script and producer Aanand L Rai have been working to finalise the cast for the upcoming film. Aziz had indicated that Shergill and Piyush Mishra would come back for the second film. However, Deol and now, Penty may not return as Pakistani Bilal Ahmed and Happy, respectively. 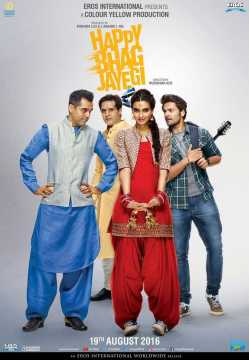 A report in Mumbai Mirror tabloid today suggests that actress Sonakshi Sinha has been approached to headline the sequel. Sinha read through Mudassar Aziz script and liked it, but is yet to sign on the dotted line. It is unclear whether Aziz will continue the adventures of Happy or find another runaway bride to focus on.

Her management team told the tabloid, “Discussions are in progress. When something concrete happens, it will be announced. Must say Happy 1 was hilarious.”

Rai’s Colour Yellow Productions also said, “We are currently in talks for the casting of Happy Bhag Jayegi Returns. Discussions are on but nothing has been confirmed so far.”