Be it Mom, Munna Michael or Manto, Nawazuddin Siddiqui is experimenting with his looks to get into the skin of his character. He sports an evil look in Mom, while a funky one in Munna Michael. In Manto, Siddiqui sports an intense and intellectual look as Saadat Hasan Manto, the noted Indo-Pakistani writer from the pre-Independence era.

Directed by Nandita Das, the makers released a new poster of Manto with Siddiqui on it. Just one look and you know what made Das chose Siddiqui to play the writer.

Siddiqui resembles the author in the poster. Siddqiui seems to have imbibed the intensity and intellect of Manto in this poster. Das uses Urdu lines in the background, pretty apt as Manto was a Urdu writer. 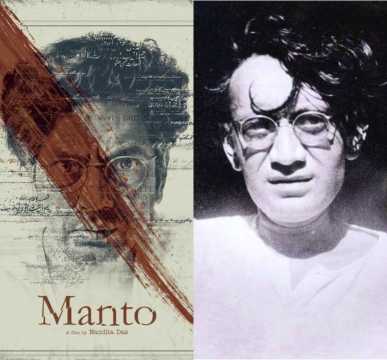 Manto is a biographical film, set in India during the 1940s, that tells the story of famed writer Saadat Hasan Manto. The writer is best known for his stories about the Partition of the Indian subcontinent following Independence in 1947.

Interestingly, in a first, noted entertainment portal Hollywood Reporter has joined in as one of the producers. The announcement was made at the ongoing Cannes Film Festival in France.

The release date is yet to be announced, but Manto is likely to hit the theatres later this year.