When Subodh Mukerji had a cameo in Nasir Husain’s films


On filmmaker Subodh Mukerji’s 12th death anniversary today (21 May), a look at how Nasir Husain honoured his friend by naming a character after him in most of his films.

Subodh Mukerji and Nasir Husain
give your opinion

Subodh Mukerji, younger brother of Filmistan boss Sashadhar Mukherjee, teamed up with Nasir Husain on his early films. The two collaborated on films like Munimji (1955), Paying Guest (1957) and Love Marriage (1959), with Husain writing the scripts and Mukerji directing the films. Husain worked as a writer at Filmistan, the studio founded by Sashadhar Mukherjee, for around 11 years. 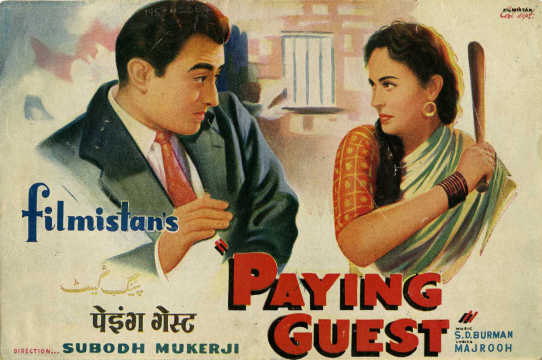 Nasir Husain turned director himself with Tumsa Nahin Dekha (1957), but he shared a good relationship with the Mukerji family, owing a great deal of success to the studio which gave him a break. He was good friends with Subodh and would often take his advice on the films he was producing and directing himself.

Author Akshay Manwani, who wrote Music Masti Modernity: The Cinema of Nasir Husain, makes an interesting observation in his book. Nasir Husain and Subodh both had a great sense of humour and starting with Jab Pyar Kisi Se Hota Hai (1961), there was usually a character named Subodh Mukerji in Husain’s films. 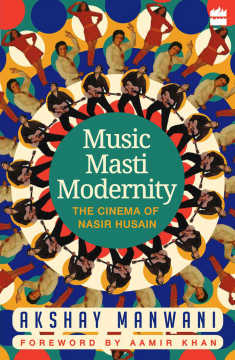 Manwani writes, “Husain’s caricaturing of Subodh Mukerji, though, was more in the nature of him getting back good-naturedly at the latter for invariably coming up trumps in their tennis matches in real life.”

In Jab Pyar Kisi Se Hota Hai (1961), the Subodh Mukerji character saves the day as an alibi for Dev Anand’s character Sunder who is accused of murder. In Phir Wohi Dil Laya Hoon (1963), the character has grey undertones as he helps the main villain Pran (as Ramesh) pass himself off as Colonel Mahendranath’s son Mohan.

In Pyar Ka Mausam (1969), the character tricks Asha Parekh’s character Seema by getting her drunk and tries to prey on her. But in Caravan (1971), Manwani says, “Subodh Mukerji becomes a tennis racquet-wielding character, who swings the racquet around madly, like a fly swatter.” Not only that, he is referred to in the film as ‘Subodh Mukerji theatrewallah’.

He becomes Colonel Subodh Mukerji in Hum Kisise Kum Naheen (1977) and was also a minor character in the last few films of Nasir Husain’s career as a director, Zamaane Ko Dikhana Hai (1981) and Manzil Manzil (1984).

Mukerji's most successful film as director was Junglee (1961), which catapulted Shammi Kapoor as the ‘Yahoo’ star and introduced Saira Banu. He produced films like April Fool (1964), Saaz Aur Awaz (1966), Shagird (1967) and Sharmeelee (1971) starring Rakhee and Shashi Kapoor. Ulta Seedha (1985), with Raj Babbar and Rati Agnihotri, was his last film as director. Yet, throughout this time, he remained as a presence in good friend Nasir Husain’s films.